Portland, Oregon:  We had a nice afternoon, taking a drive in what used to be called "the country" to attend the open house at a new high school. The school is massive and impressive, but sadly, not in the boundary for our house. "The country" is now a mélange of new roads, new traffic lights, new strip malls, and hundreds and hundreds of new homes and townhouses. We also toured through a few just-built three-story shared-wall townhouses across the road from the new school. The units were staged beautifully with furnishings and sales agents. The two-bedroom townhouses were pretty - pretty small: 1200 square feet - with tandem garages and basically no storage, and they were priced over $300,000. No, we are not looking to move to a townhouse in the suburbs - just curious to see the new development, and with the open house weekend, it was the perfect time to snoop. (Not to mention... too many stairs and no potty on the main floor.)

We also went (again) to Chipotle. I've been to Chipotle a handful of times in my life, and two of them have been during Vegan Month. 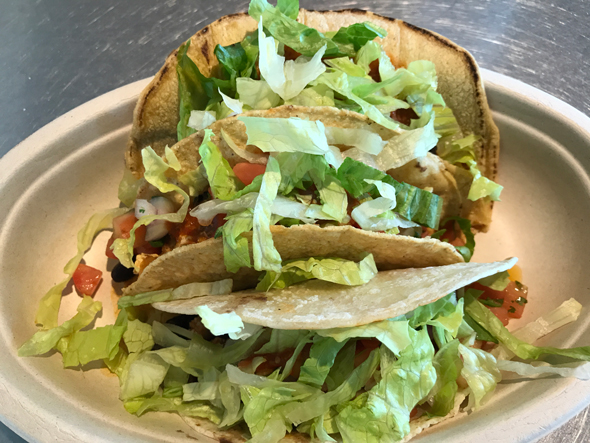 I had tacos - black bean and tofu. One of the shells was crispy. I had not made tacos with crispy shells for years and quite enjoyed the crunch - this will be added to my Taco Tuesday menu plan.

The Duck football game did not start until 7p, so I planned to serve dinner in front of the television - again a big platter of appetizers. Much of our dinner was left-over from last night: 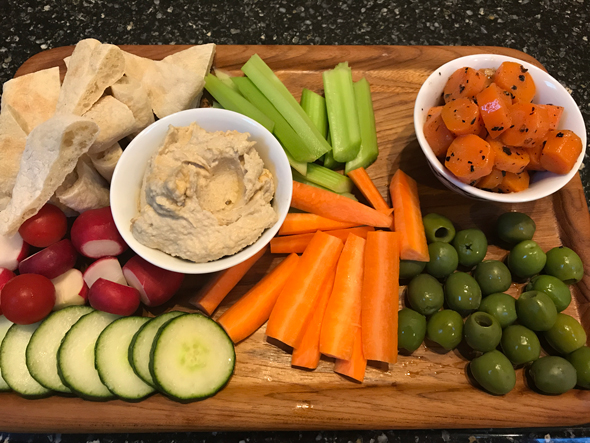 But the "main course" was a true tailgate junk food salt fest. Tater tots and Buffalo "wings" made with baked Gardein Crispy Chick'n Tenders that were tossed in wing sauce. Vegan junk food. 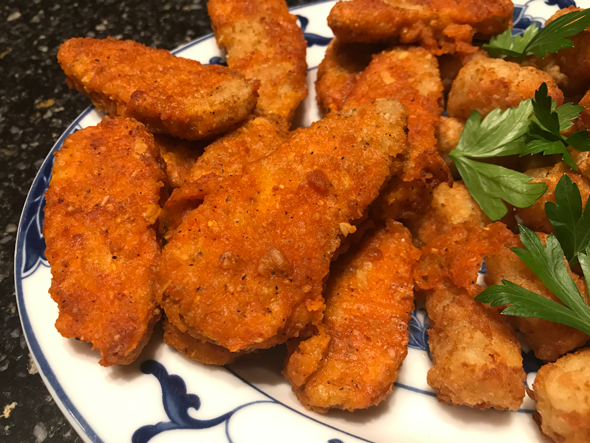 Not my finest culinary moment. 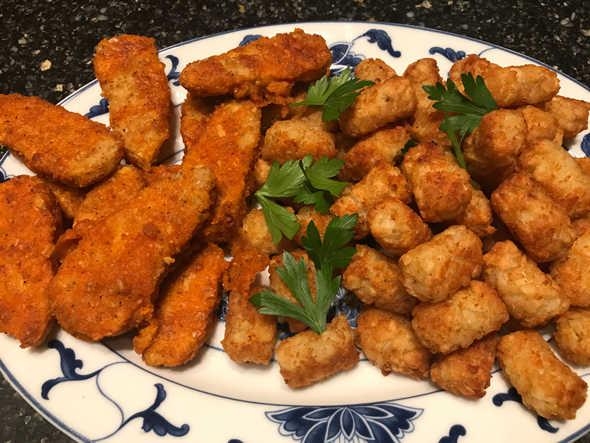 Until my next update, I remain, your real correspondent.