Portland, Oregon:  Since I have been cooking up a storm the past several weeks, I just kept going and did experiment with pita bread this morning. There is a memory somewhere of attempting pita in Taiwan, but I am not sure and can't recall if it was my experiment or one of my friends. When we lived in Taipei, in the 1980's, it was rare (and by rare, I mean never) to find such things as pita bread, tortillas, cheese... well, anything not produced locally. Why were we making pita? Was someone having a middle eastern party? Can't recall.

After looking through several of my cookbooks and doing research on-line, I went with a very simple dough (1 cup water, 1 Tablespoon olive oil, 1/2 teaspoon sugar, 1 teaspoon Kosher salt, 2 teaspoons yeast and 2 cups of white bread flour) and made the dough in the bread machine. People scoff at bread machines but they mix the dough, knead the dough and provide the perfect temperature to allow dough to do its thing. What's not to love about a bread machine? (NOTE: I have never actually used my bread machine to bake bread, only for making dough.) 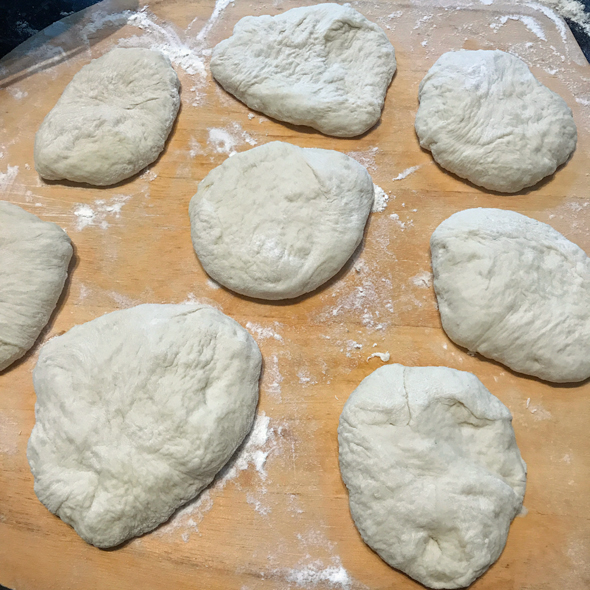 After the dough cycle had finished, the soft dough was divided into 8 portions and left to rest for about ten minutes. Then I rolled the dough with a pizza roller. I rolled it very thin, like a thin pizza crust, to about the size of a flour tortilla. 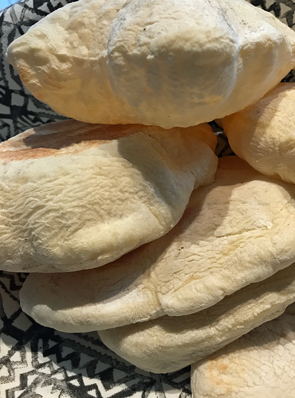 The flattened disks were baked one at a time on a hot (500°) pizza stone. There was also a little pan of hot water in the oven to produce a little humidity. The dough was thrown (think New York pizza joint) onto the hot stone and left for two minutes. It was fun to watch the flat bread puff-up like a puffer fish! When the timer went off, I used a metal spatula to flip the bread and let it bake for another minute. 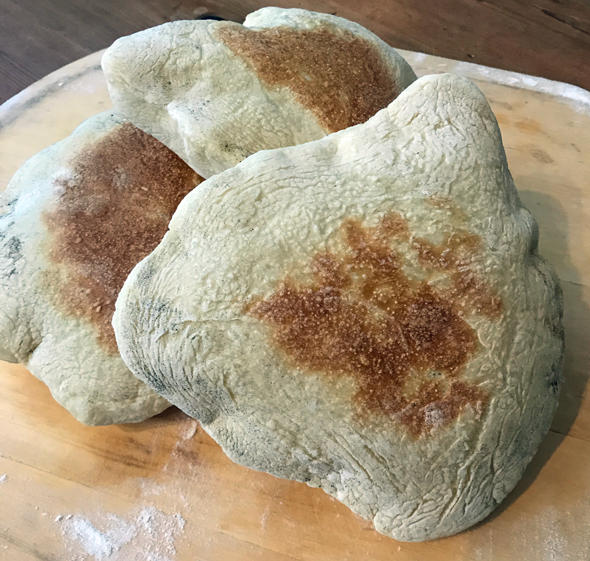 I baked half the dough portions with these times, then let the other half bake about one minute longer. The pitas left to brown were crispier and would be better to use as chips instead of a sandwich "holder". The finished hot pitas were covered with a kitchen towel to hold the moisture, then removed to a plastic bag when cooled. 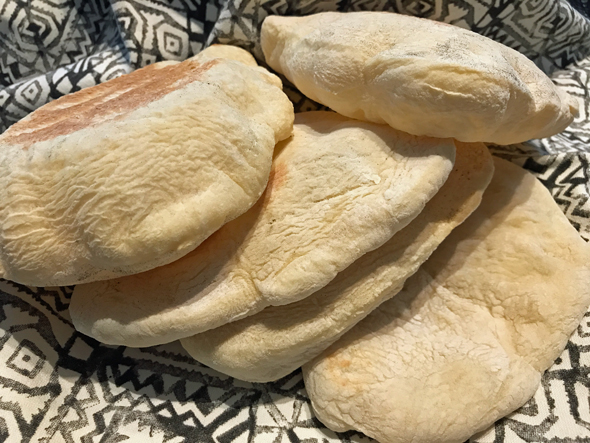 Well, that was fun! While I was out having a pedicure yesterday, a pot of vegetarian/vegan Vietnamese pho broth bubbled-away in the slow cooker. The stock included 8 cups of water with 3 veggie bouillon cubes, and all the spices from my Pho Ga recipe - ginger, garlic, shallots, serranos, star anise, coriander seeds, salt, fresh cilantro and basil leaves. After four hours on high, the stock was cooled, strained and packaged for the freezer in two-cup servings. All that was needed for our noodle soup today was to boil/drain the noodles and pour the hot broth over. Fresh bean sprouts and fresh basil leaves were the toppings. 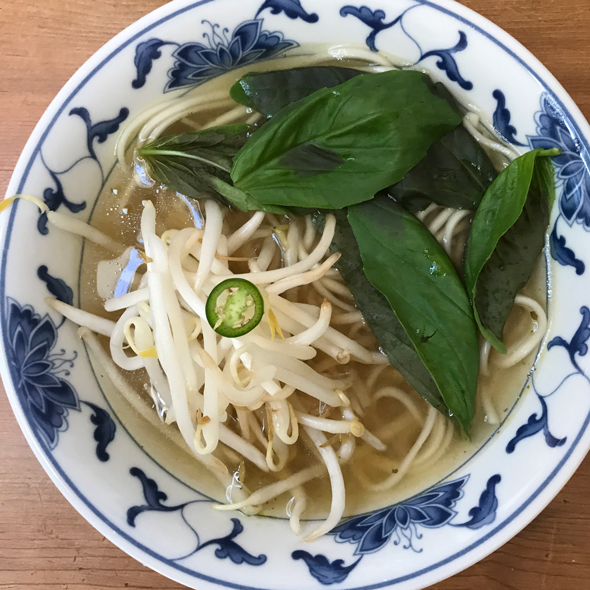 Dang if this wasn't just lovely! Maybe I put in two big serrano peppers... and maybe it was pretty spicy, but we both slurped it all.

Dinner tonight was an homage to a middle eastern mezze platter to celebrate Shabbat during Rosh Hashanah. Yes, we had appetizers for dinner. 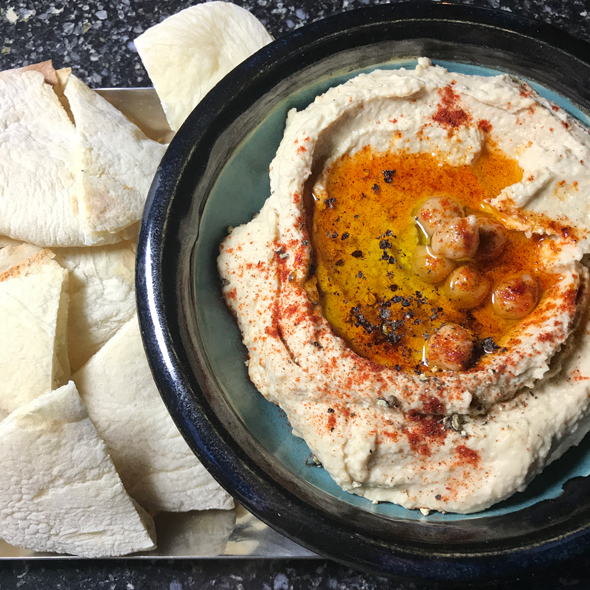 Basically, an appetizer platter for six people. The main course was hummus, served with pita triangles. Most everything else came from the vegetable or fruit bin, or the olive bar at the grocer. The only other item I prepared were Moroccan Carrots from the Zahav cookbook.

This was one of the best "meals" we have eaten this month. Not everything was finished, but no worries - there is a football game on television tomorrow evening and what could be better than a big plate of appetizers before the game? 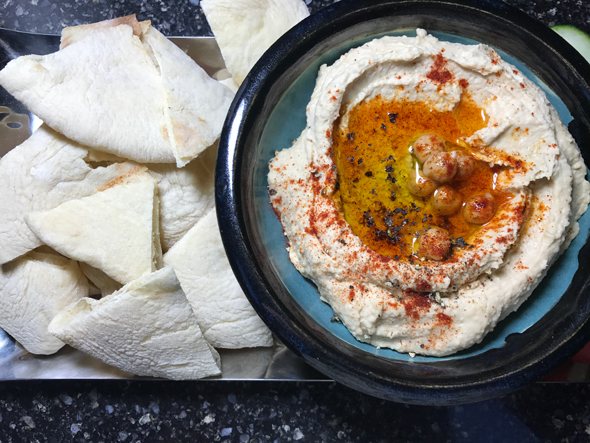 Until my next update, I remain, your dippy correspondent.