Portland, Oregon:  Another beautiful sunny Autumn day in Portland. We woke to find bunnies hopping around in the field next to our house. We used to see a lot of bunnies before our beagle did his job on the population. Snickers had never (ever) met a rabbit before we moved to this property when he was four years old. The moment Snickers saw a rabbit, he knew it was his JOB to kill the poor thing. Nature v Nurture. The bunny population has recovered quite a bit over the past several years.... but with THREE Great Horned Owls in the forest behind our house, I wonder how the bunny population will be sustained... unless they... you know...breed like rabbits?

We decided to enjoy the sunny afternoon visiting the Oregon Heritage Apple Farm. This is always a fun field trip and a great place to bring visitors. Though they are vague about their spray practices, we do buy a few apples. It is a three-generation Oregon farm. 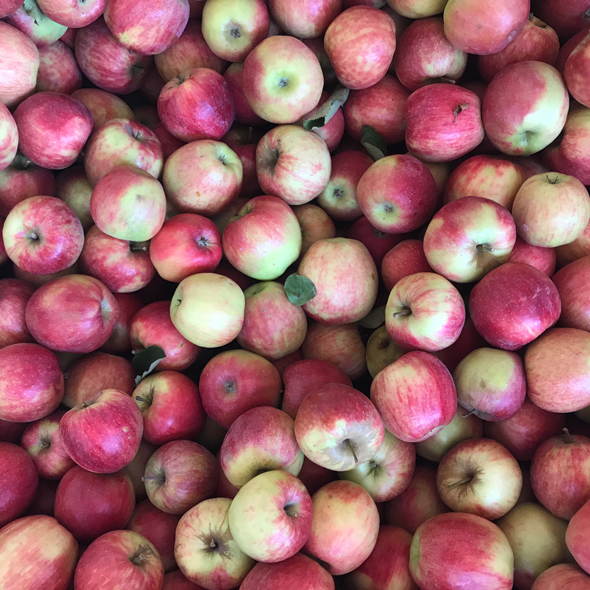 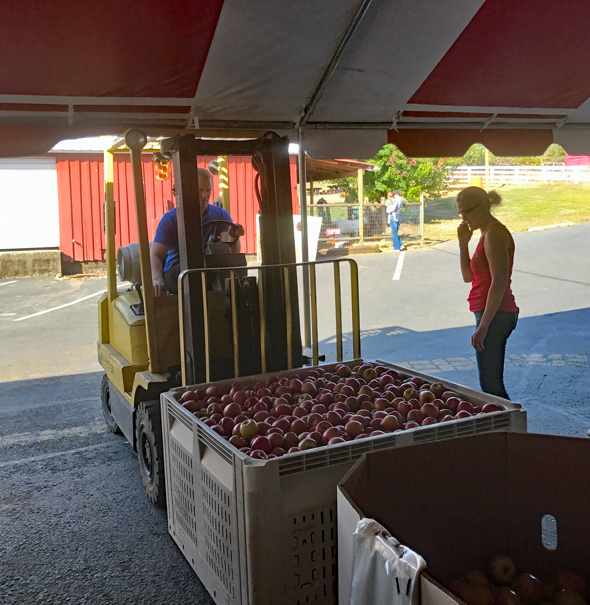 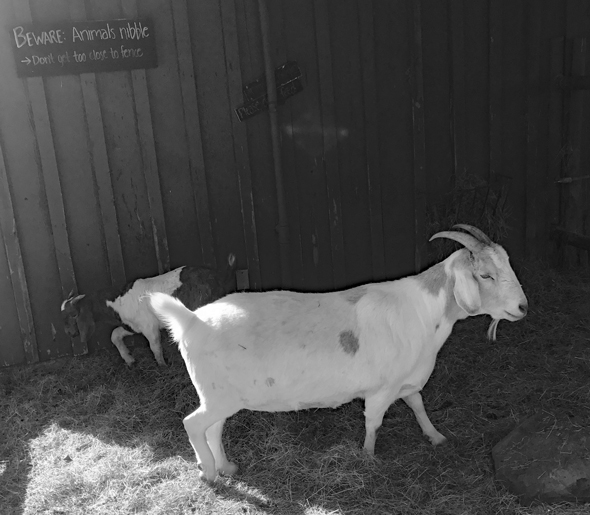 Goats on the farm 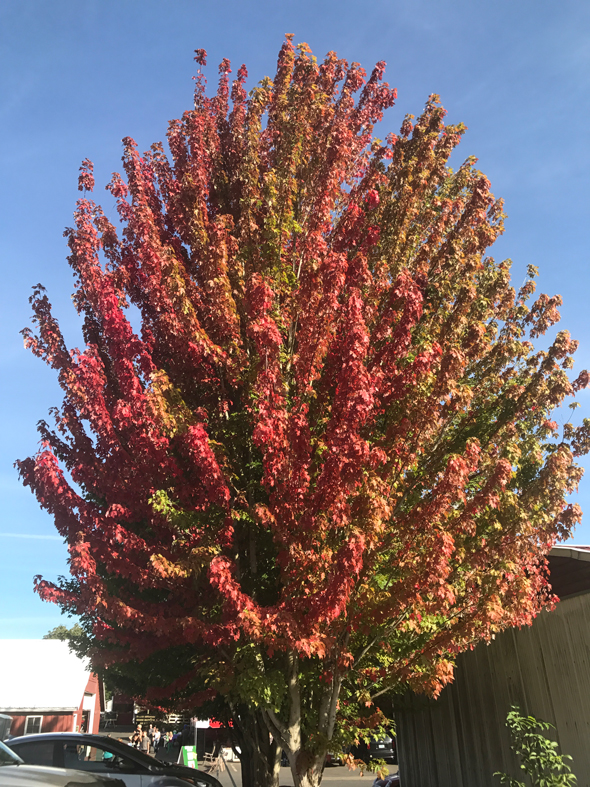 It is suddenly Fall in Oregon! The trees are turning so quickly now.

The farm has several hundred acres of apples, all of them espalier-grown in tight rows. Oregon Heritage grow main-stream popular varieties and also many old-fashioned apples. 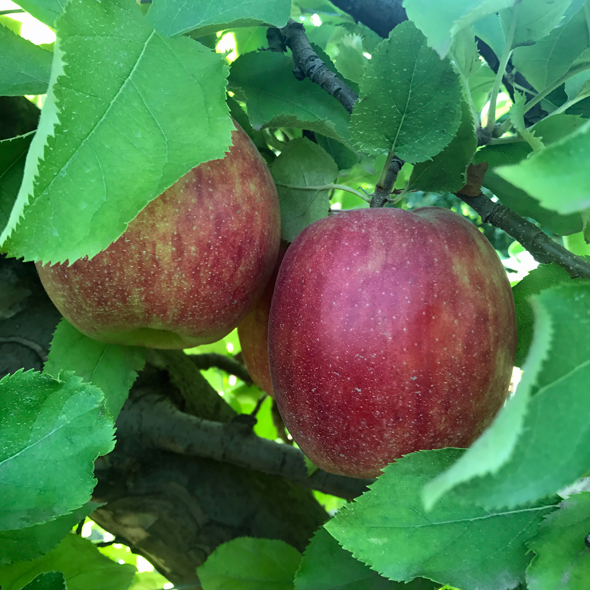 An apple a day... keeps the beagle doctor away?

I simply could not stand baking another terrible Sunday Night cheeseless Pizza. Though the puff-pastry tomato tart was quite nice last week, I decided to throw tradition out the window and made Penne with Roasted Cherry Tomatoes - originally from Amanda Hesser at The New York Times food section. 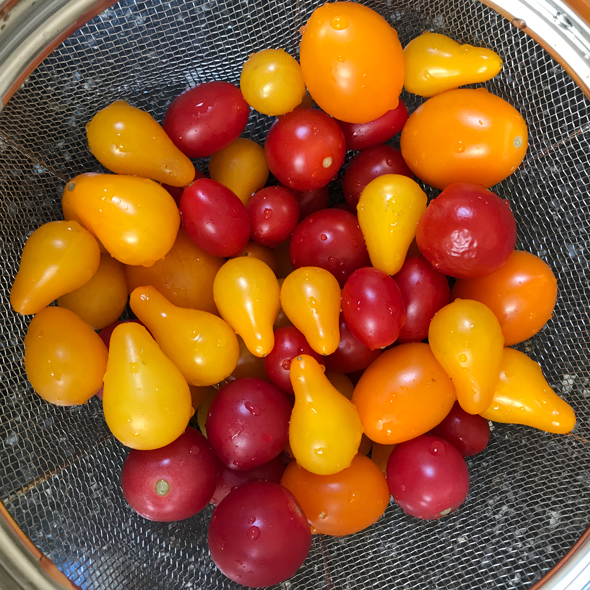 It is a very quick and very easy recipe and I followed it (pretty much) to the letter... considering we are observing Vegan Month and this recipe calls for cheese.

The procedure is to halve cherry tomatoes and place them, cut side up, in the bottom of a casserole dish, drizzle the tomatoes with olive oil, salt and pepper, [CHEESE] and breadcrumbs. The tomatoes are roasted for 20 minutes, then tossed into hot penne pasta. Super simple. 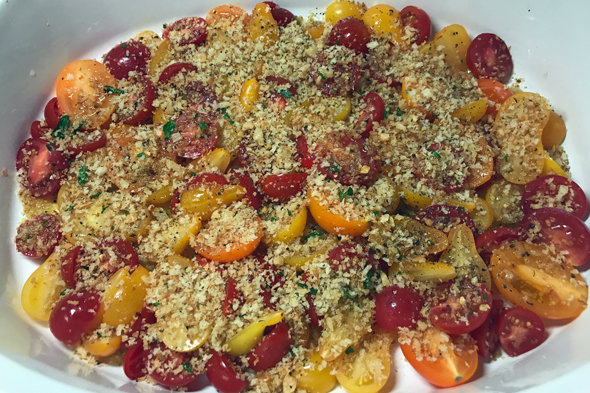 Since we are not eating cheese this month, I bumped-up the flavor by using my homemade garlicky breadcrumbs from the freezer. The recipe calls for roasting the tomatoes 20 minutes at 425 degrees; I roasted them for 30. (This was a good call.)

When I went to the pantry to fetch my bag of penne, it had mysteriously morphed into a bag of Fusilli. I'm losing it. I swear I had penne in the pantry. 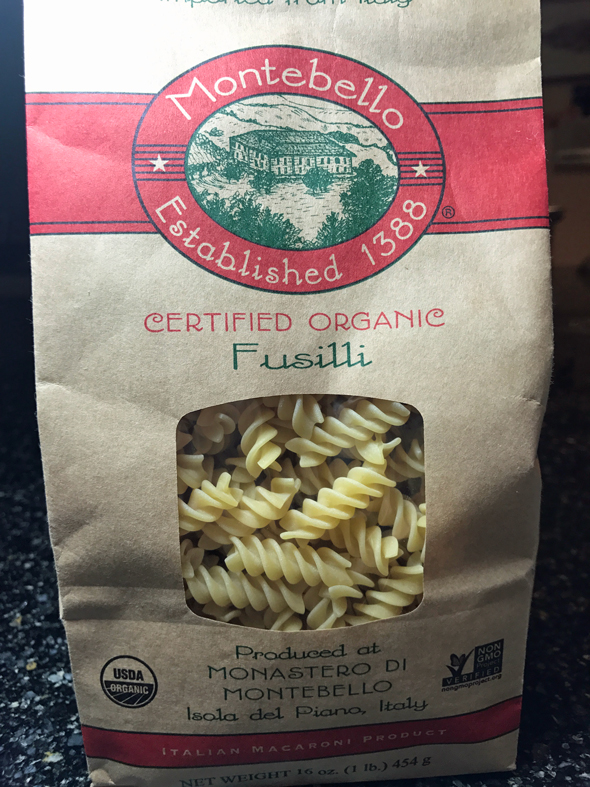 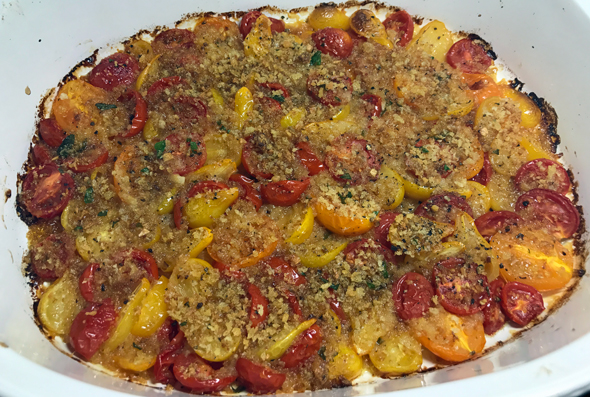 Again, to compensate for the lack of cheese, I added a tablespoon of (vegan) margarine to the drained pasta... so they became "buttered noodles" before I tossed them with the hot roasted tomatoes. 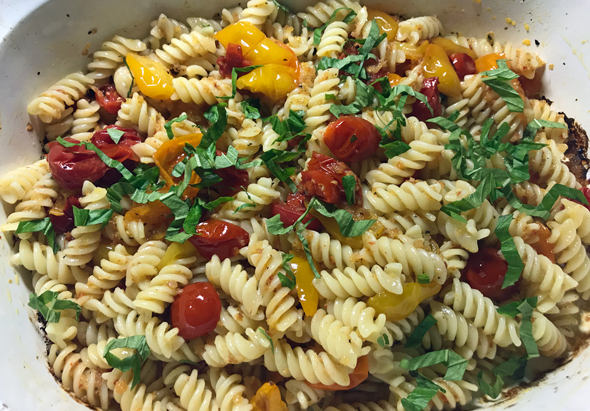 And... I guess a bit of fresh basil was added as well. Why isn't basil in the original recipe?

I can't do everything and be everywhere.

This dish was very good, and with cherry/grape tomatoes available year 'round, this recipe could bring a bit of summer to your table/belly in the dead of winter. Try this - and for the love of all that is decent, please use cheese! 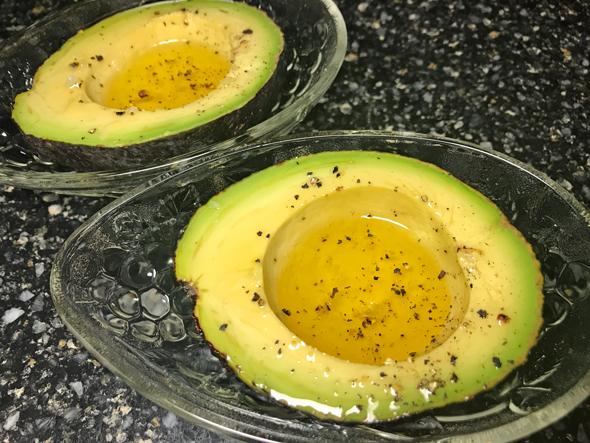 Avocado, drizzled in olive oil and dusted in salt and pepper, is a salad.

Until my next update, I remain, your dairy-free correspondent.