Indio, California: When I last left you, Dear Reader, we were at polo (under the lights) with My Baby Brother and Kris. Since that Friday... Steve an Kris have returned to (snowy) Colorado and one of Dave's college roommates, Bruce, visited on Sunday. Bruce, and his wife, Lisa, brought their just-16-year-old daughter, Sierra, for a day in the sunshine - and tacos at Tacos Gonzalez. 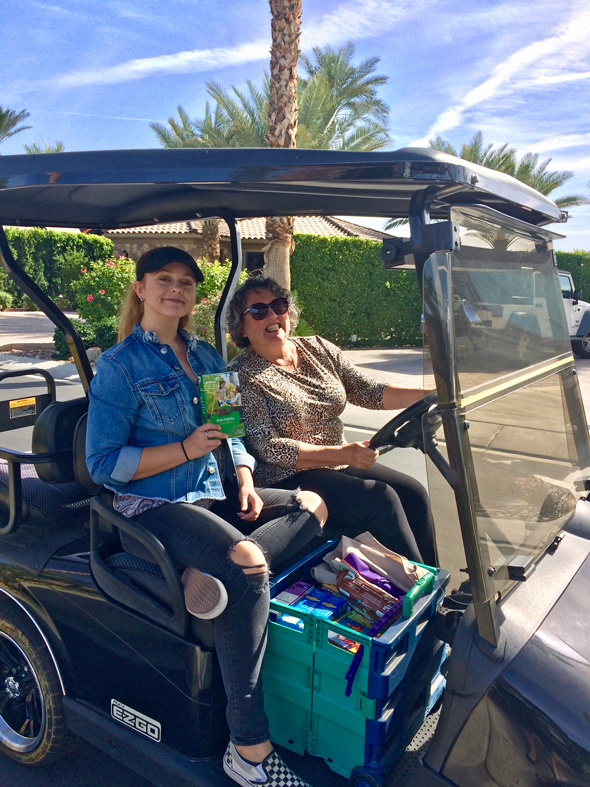 Sierra is a Girl Scout and (again) we loaded boxes of the evil treats into our golf cart and schlepped Sierra and her cookie boxes throughout the resort. She did not sell out this year, but she/we still sold many boxes of cookies. Many thanks to Motorcoach Country Club members for supporting the Girl Scouts... as I basically forced my friends to purchase cookies.

Sierra and her parents returned to their home in Riverside. Another college roommate - Red (and Marcia!) - arrived this afternoon from Chicago for a several-day visit. 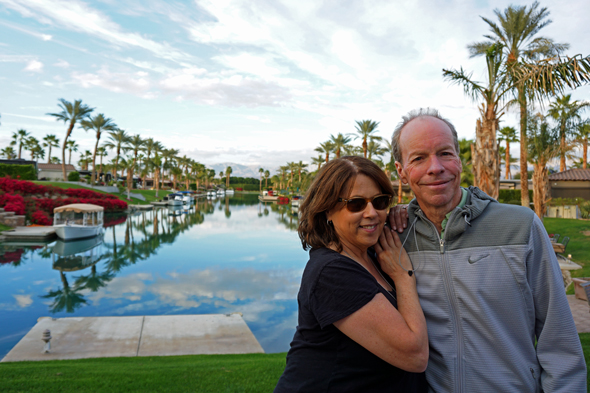 It's like a revolving door if you have a place in the desert in the winter. We love it!

And since today is a Tuesday, the resort had another "Tailgate Tuesday" event scheduled to ensure we don't all starve to death on the one day of the week our restaurant (and bar!) is closed. One of the more popular builders, Curt, of Unique Islands, (his company builds casitas and covered pavilions in this resort) sponsored a Mardi Gras golf cart parade and then put on a big party in Hughes Plaza after the parade. Food, drinks, live music. Mardi Gras lives in Indio.

Dave stopped by Mary and Captain Jim's campsite this afternoon to snap photos of their golf cart decorated for the parade: 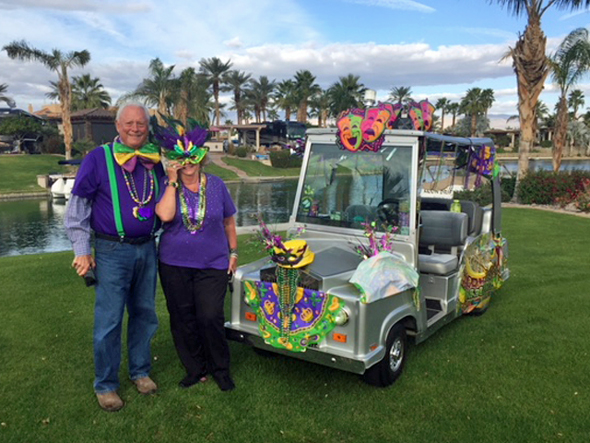 Very festive - complete with Zydeco music on the boom box.

Later the Purple Couple were spotted at our campsite, as they stopped to refresh their cocktails along the parade route. 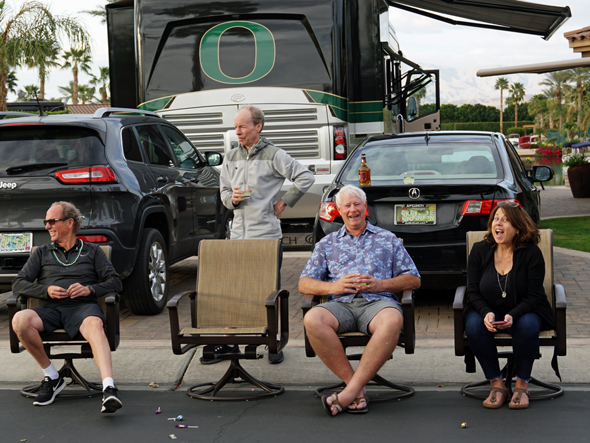 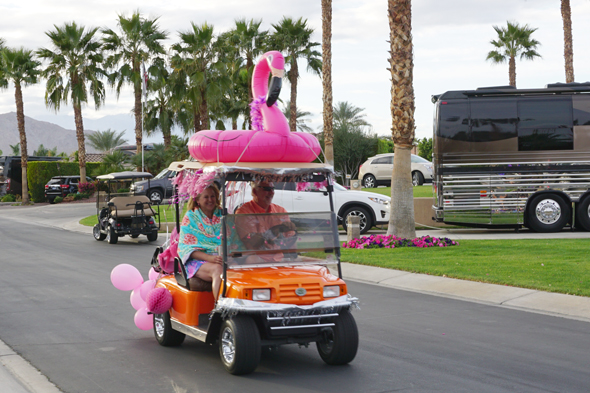 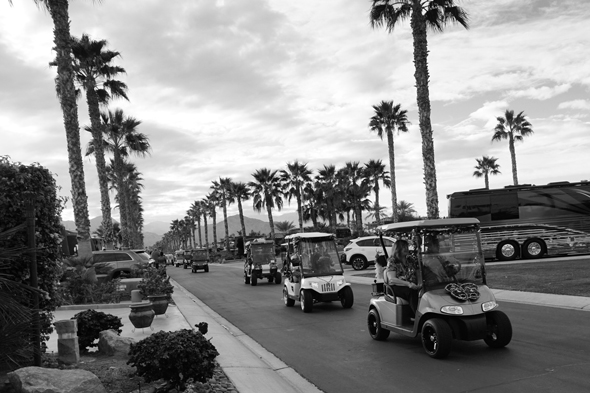 About 40 golf carts paraded by this afternoon. They threw beads and candy along the parade route. 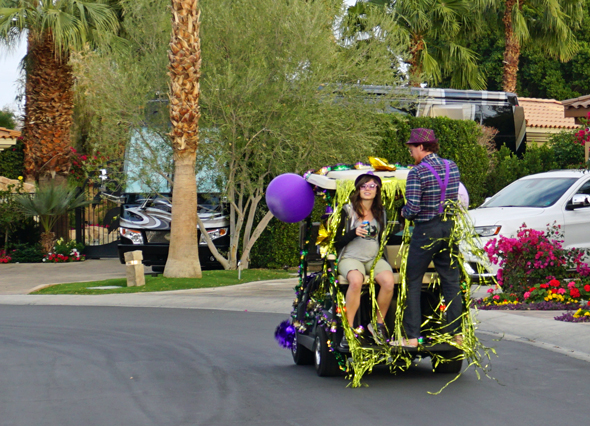 We did not join the party in Hughes Plaza, but instead enjoyed Smoked Chicken Enchiladas (prepared by me) with a fruit salad while watching the Best in Show portion of the Westminster Kennel Club Dog Show.

I was hoping the Norfolk Terrier would win. Dang.

Until my next update, I remain, your beaded correspondent.

« Polo Under the Lights Marcia + Red »