Indio, California: We have enjoyed a very busy few days with Dave's college roommate, Red, and his lovely wife, Marcia. They are visiting from Chicago.

Dave and Red golfed Wednesday (otherwise known as Valentine's Day). While the boys enjoyed their game (both shooting only into the 80's!), Marcia and I exercised and met our husbands for an early/light lunch at Tacos Gonzalez after their round.

We had a Big Night planned for Valentine's Day: dinner at Castelli's and a Pink Martini concert at the McCallum Theatre in Palm Desert. Pink Martini are a Portland band we have enjoyed for years, and love that they come to the the Palm Springs area for a week in the winter. 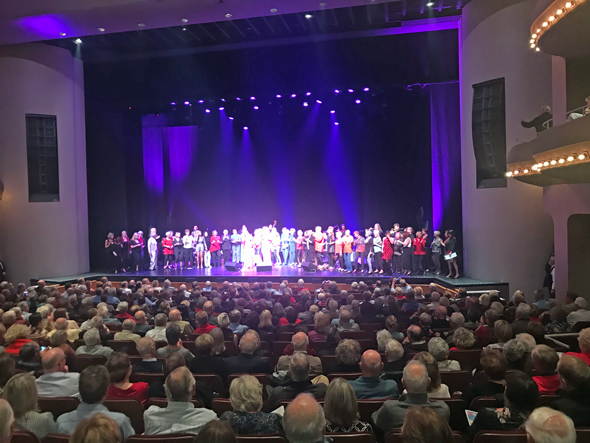 Above photo: the Grand Finale. The concert tonight featured a 13-piece band/orchestra and both of the female singers associated with Pink Martini - China Forbes AND Storm Large. This combo is like hitting the Pink Martini lottery jackpot. There were many happy Oregonians in the audience tonight. Not only did the band sing old favorites, they also included a bit of ballet, and brought-out 78-year-old Kathleen Saadat - a famed Portland activist - to sing a few torch songs. Later, Oregon' favorite film director,Gus Van Sant, came on stage to sing This Guy's in Love With You (written by Burt Bacharach and Hal David and recorded by Herb Albert). To end the evening, the audience formed a conga line - weaving around the theater and ending up on stage! It was quite a show and made me feel most of Portland was in the desert for holiday. Simply a fantastic Valentine's Day.

Thursday was more exercising and lunch at El Mexicali so Red could eat their famed shrimp-stuffed peppers again. Dave and Red played a round of golf. At 4p, Mary and Captain and Jim docked the Desert Duck in front of our bus and we all went for a sunset cruise. 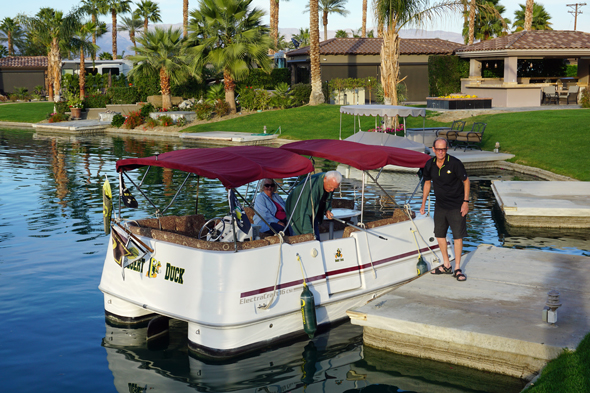 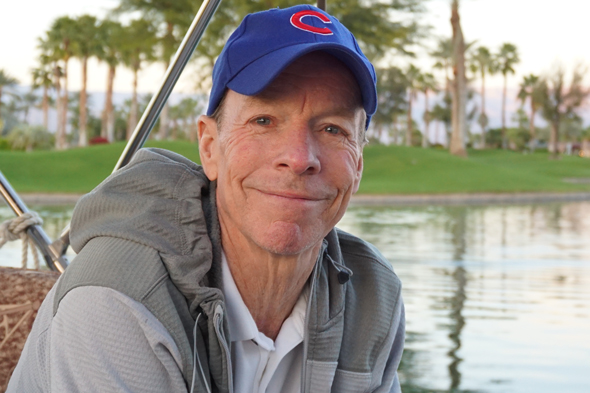 Red just loved seeing the resort from the water 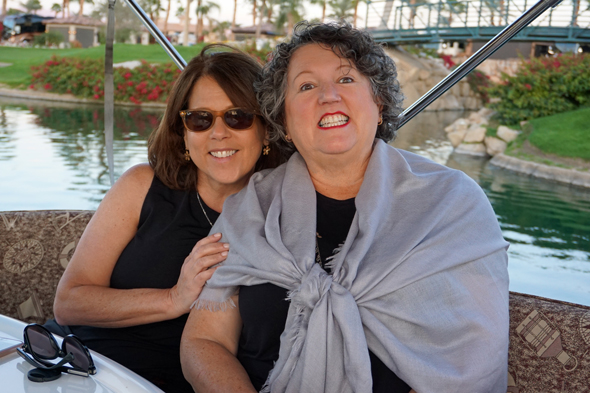 Is Marcia pinching me?

Before our guests left on Friday, we all went up to The Cove in La Quinta for a hike. Dave (still recuperating from his knee surgery in September) walked with the ladies. Red went for a long run. 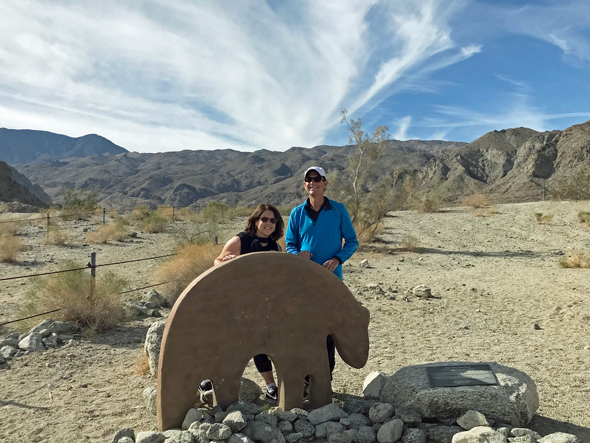 Marcia and Dave at the trailhead 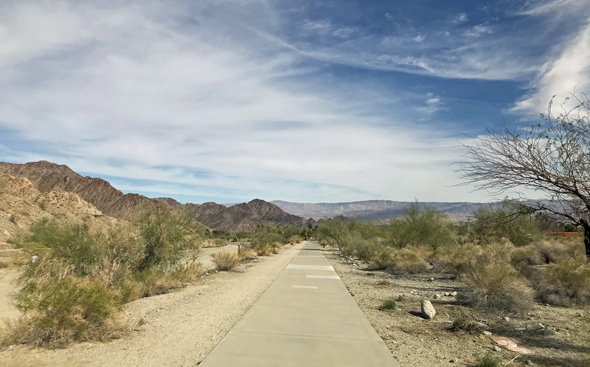 Paved walking/biking trail from downtown La Quinta to the trailhead 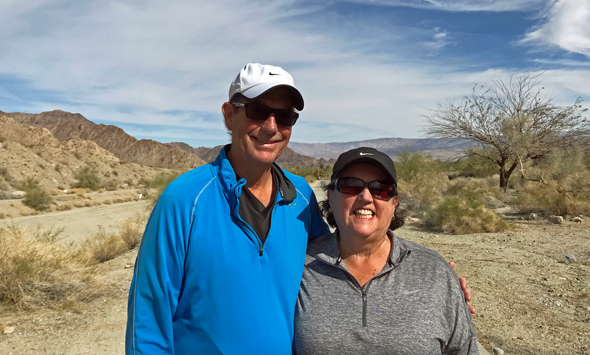 We went for more tacos - fish this time, at Fisherman's - then Marcia and Red hit the road. Their holiday continues on at the beach.

We except more visitors later today!

Until my next update, I remain, your sheet-laundering correspondent.