Portland, Oregon:  We are pretty-much settled-in and back to our "normal" daily life in Oregon. Though, with the Olympic Track & Field Trials looming, My Poor Driver is not even close to "normal". His days are filled with meetings (in Portland and Eugene) and conference calls. When he is not in meetings or on the phone, he is at his computer, pecking away. The man can't type.

It's his only fault.

I have been cooking quite a bit, enjoying having quite a bit of counter space again and the weather has cooperated TWICE so could dine on the deck. 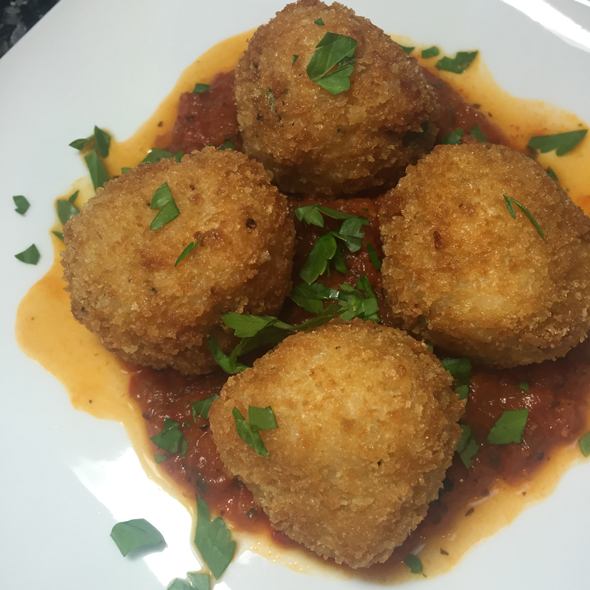 I have also been making use of the few things from the freezer I prepped in Indio (but did not use as we pretty-much high-tailed it straight to Oregon). Left-over risotto had been rolled into arancini, and frozen. The savory balls only needed a little frying. Placed on a pool of (made in Indio and frozen) tomato sauce. Served with mixed greens, it was a perfect meal. DT has been dressing the greens lately! He uses an organic "spring mix", dressed only with olive oil, black pepper and finely grated parmesan. It's super delicious. 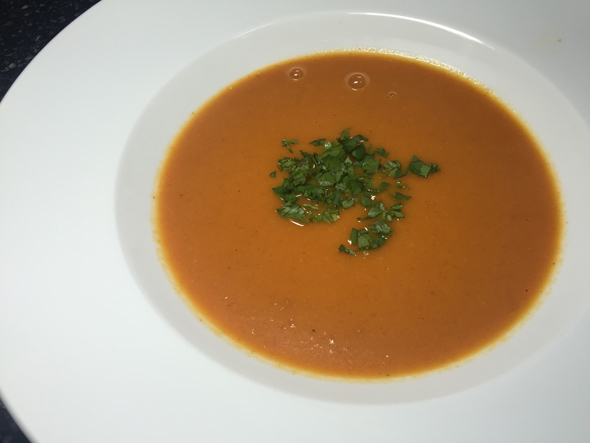 Talk about simple! Just a few ingredients, most from the pantry, produce a satisfying bowl of yummy. After reading the comments on her blog, I only used two cups of water and whirled it all with a hand-held immersion stick blender (instead of a blender or food processor). I also did not add the optional extra coconut cream. The soup made two quarts. Ah ha - now I have a quart of curried tomato soup in the freezer. One pot! RV-easy. It's vegan, and hubby will never suspect a thing. You might want to add this easy soup to your repertoire. 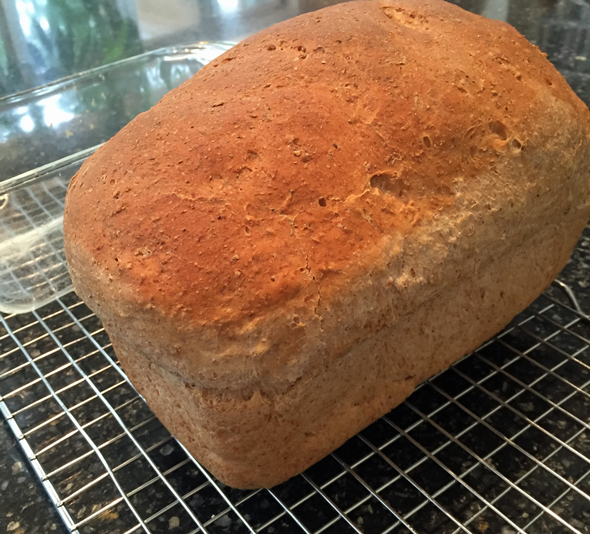 On a dreary rainy day, I baked a loaf of whole wheat bread.. 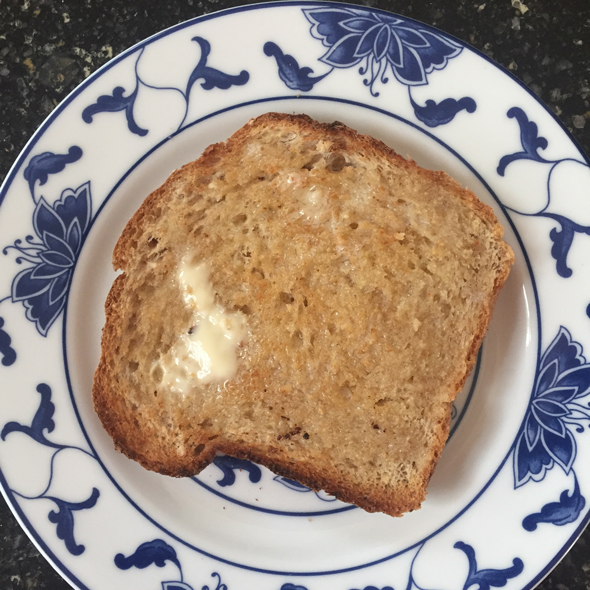 The loaf was perfect for toast. The above photo caused an internet sensation with my Taiwan girlfriends on Facebook. We all have the same set of dishes! Our dishes are all (around) 30 years old and we still use them daily. We started a contest to see who has the most complete set. Salt & pepper shakers. Tea pots. Chopstick rests. Miniature vinegar and soy sauce pitchers. One thing dated us all: ash trays! 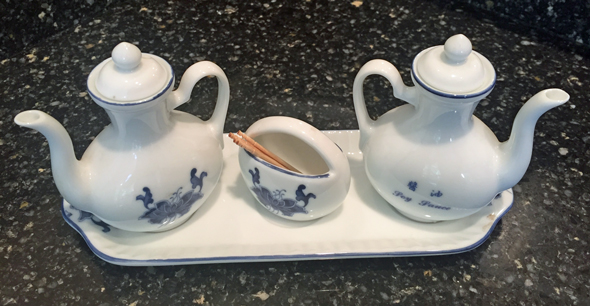 Though we live on all parts of the planet these days, we sure had a lot of fun in Taipei in the 1980's. It's good to laugh with your girlfriends.

I just finished Only in Naples: Lessons in Food and Famiglia from My Italian Mother-in-Law, by Katherine Wilson. It was an interesting book about a well-heeled (she is from the Wilson sporting goods family) post-collegiate girl from DC, who heads off to Naples, Italy for a temporary unpaid internship with the American embassy. Of course, there is a boy involved. The book touches way-too-much-for-me on the idiosyncrasies of the Italian language, but I found the workings of the Italian family to be fascinating. But the book is so much about the foods of Naples, which I really enjoyed. Wilson gives a few recipes at the end of the book, but does not share her mother-in-law's recipe for Pasta alla Genovese - the one dish I had never heard of, tried or prepared. I had to do quite a bit of research - none of my Italian cookbooks even mention the dish.

It is a simple concoction: onions and beef stewed together for hours. What could be easier? I put on my thinking cap and realized a dish that needed to be stewed for hours would be perfectly suited for the crockpot/slow cooker, and that is exactly how I prepared Pasta all Genovese. 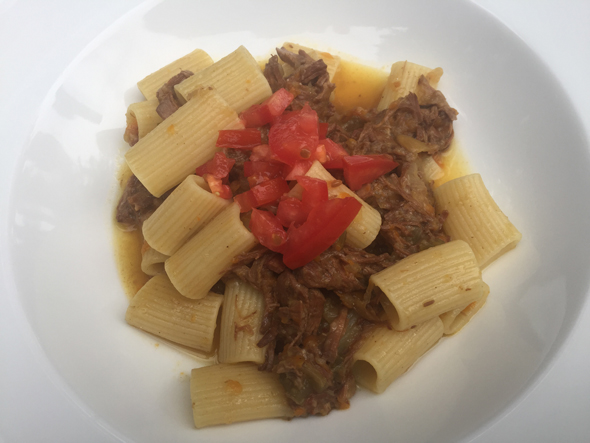 I browned one pound of beef chuck stew meat in 1/4 cup olive oil and transferred the browned meat to the crockpot. In the remaining oil, I softened two large red onions (chopped) with one grated carrot and one minced stalk of celery for about five minutes, then placed the onion mixture in the crockpot with the beef. I poured 1/4 cup of pinot gris over it all, gave it a good stir and cooked it all day on LOW.

Though the aroma filling the house was amazing, I was fairly sure it was going to fail at the four-hour mark when it looked as if someone had thrown-up in my crockpot. Very unattractive! But later, the onions completely liquefied - became a sauce - and the beef easily shredded with the pressure from the back of a spoon. Success! I added one teaspoon of sea salt at the end and served it, tossed with a half-pound of rigatoni pasta and 1/2 cup shredded Parmesan. Even with such a small amount of pasta, this recipe would serve 4-6. I think minced fresh parsley or basil would have been a prettier garnish, but all I had was a tomato.

I will post the official recipe on this website soon (after I make it again), but I bet you can figure it out. Put this in your crockpot soon!

Until my next update, I remain, your simple correspondent.