Portland, Oregon:  Lisa, Lenny, Leo, Lucy, Mike, Kevin and Rina checked-out of Taylor Manor Bed & Breakfast and checked-into a downtown hotel. We were not going to be home much over the weekend and they all wanted to explore downtown Portland when not at the track meet.

The morning session started with the continuation of the men's Heptathlon. The indoor men's Heptathlon consists of seven events - 60m dash, long jump, shot put, high jump, 60m hurdles, pole vault and a 1000m run - spread over two days. Ashton Eaton had a good lead going into the final competition. The WGA is very strong in the sprints, hurdles, pole vault and long jump, and took first in the 60m dash and hurdles and the long jump. 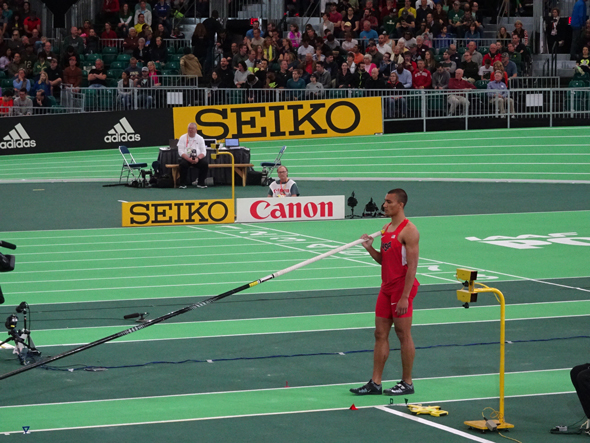 Mr. Eaton placed 2nd in the pole vault competition and 5th in the long jump. Then there was a break in the program, so we went downtown with my sister and had lunch... again at Cafe Yumm! 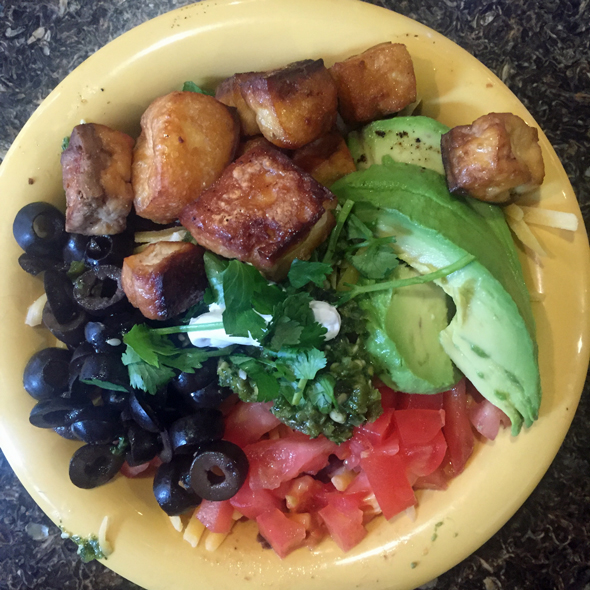 Can't help it. I'm only in Portland a few days. 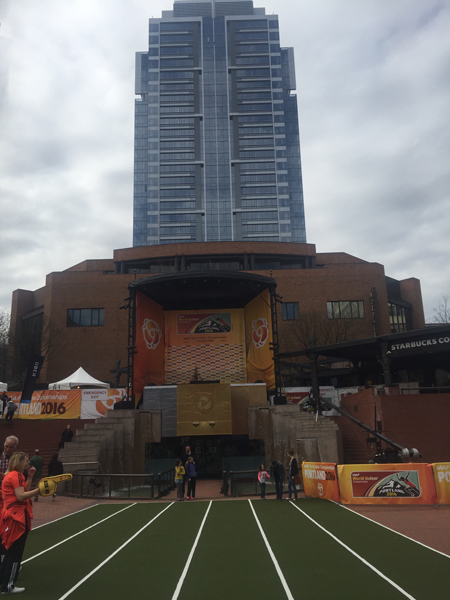 After lunch, Dave, Renee and I met the kids, et al, at Pioneer Courthouse Square so we could see the venue in the daylight and so the kids could race up and down the straight-away.

Yup. Lucy is really 18 months and, yup, she is really that tiny. And they are both adorable.

Then it was back to the Oregon Convention Center in time for the kids to have a snack before the start of the races. 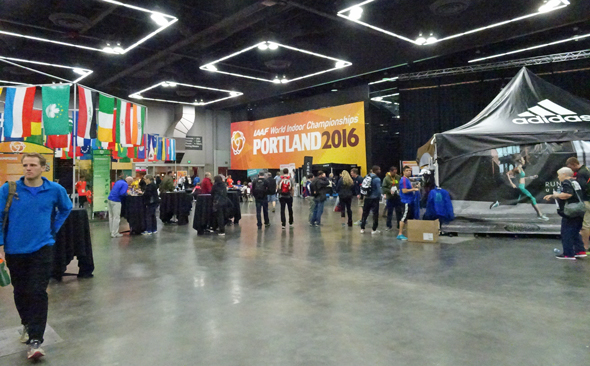 Concourse for fans outside the track arena - food trucks, interactive booths, free stuff, contests, etc.
It was a very popular area for spectators.

Portland is famous for food trucks (the Mayor said in his welcome speech you would need to stay in Portland two years to try them all) and a few were on-hand around the concourse. 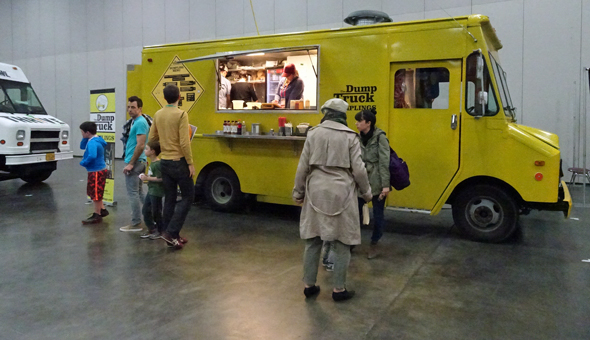 Lisa waiting outside the Dump Truck - for delicious Asian dumplings. 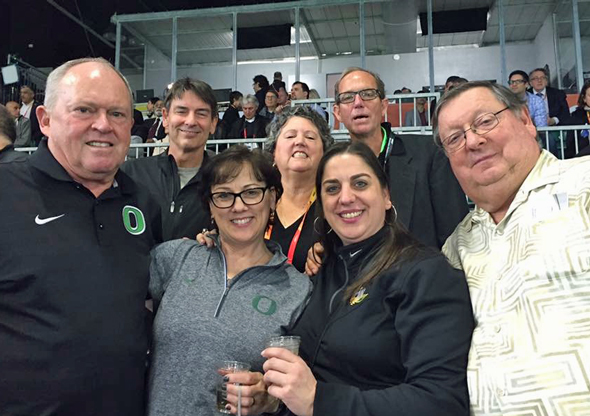 Another great evening with great friends at the track. Mr. Eaton took the gold medal in the Heptathlon, with Oleksiy Kasyanov of the Ukraine earning silver and Mathias Brusser of Germany claiming bronze.

We went back to the awards ceremony to see Ashton Eaton be awarded his medal. Another great day for their family! 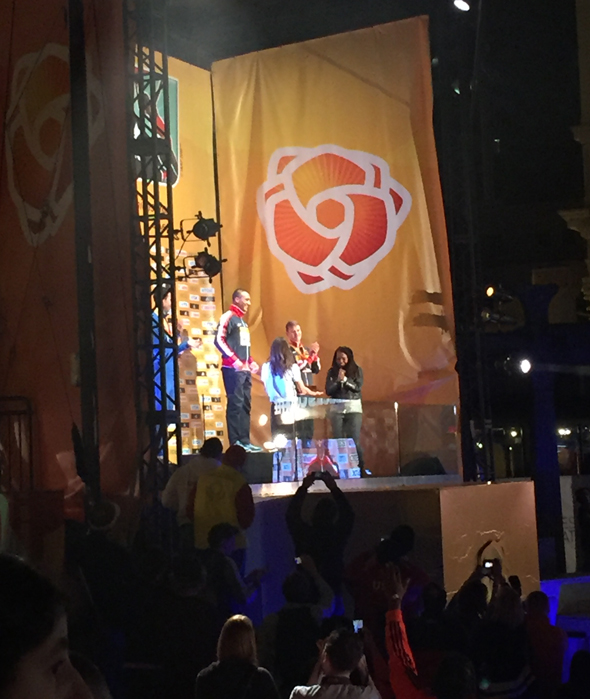 Notice a pattern in our activity?