Los Angeles, California:  Not a lot of typing from this Old Bubbe tonight. Photos and captions will do. First thing this morning, Lisa and Lenny headed off to Phoenix to catch the Redskin v Cardinal game Sunday. They took our (car-seat-and-crumb-free) Jeep and left us with their (car-seat-and-crumb-filled) Toyota. Since Leo and Lucy were left with us, obviously DT and I were the Big Winners in the trade.

It was a very full Saturday. Lucy had ballet. Leo had piano. Dave had to deliver four gourmet quiche made by Lisa to Lucy's preschool. After the lessons, we spent all afternoon at Lucy's preschool (Leo's old preschool) for their Winter Carnival. And by "winter" I mean... it was 70 degrees in Los Angeles today. 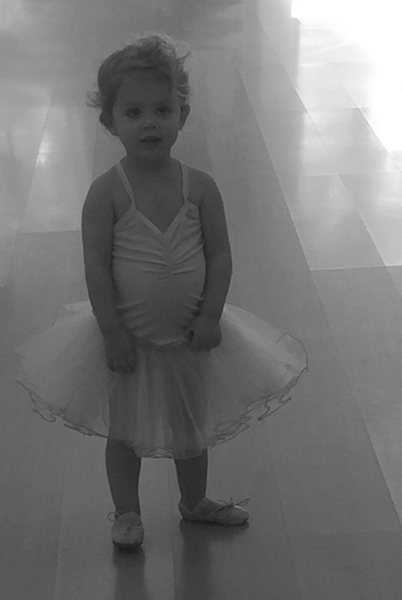 Lucy is the teeniest ballerina in her class and not presently on the Bolshoi watch list.

First thing on our agenda at the festival was food. Lunch. 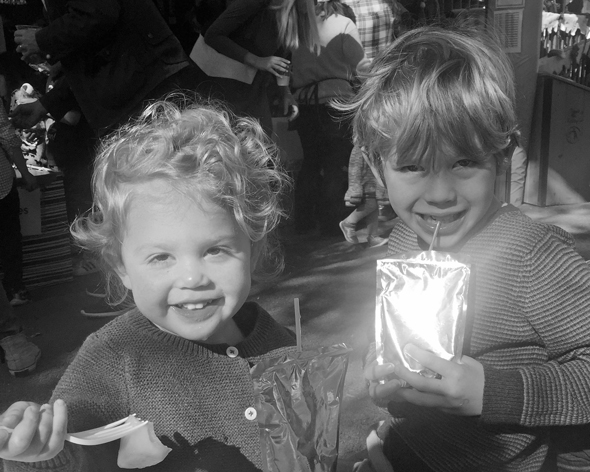 Maybe not the food choices their parents would have made, but if the school was selling Capri Sun drinks, certainly it was okay? Doritos? I never could find the delicious quiches made by Lisa. Probably snapped up in the first wave of diners.

Food was in their bellies. Now it was time to play. 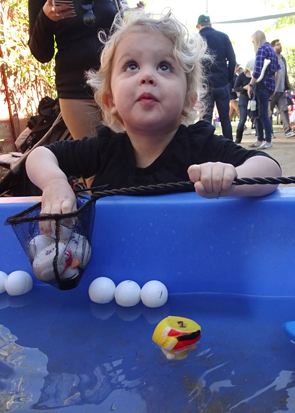 Lucy is in her first year of morning preschool. She is the newbie, except with a lot of street-cred because her Big Brother also attended here (back in the day) and she knows her way around campus. Leo is like the graduated senior, returning to his high school after entering his first year of college. All the teachers and parents know him. A boy with swagger. Leo was on his own a lot of the afternoon - hanging with friends. Leo has a lot of friends.

We snagged both kids for the photo with Santa opportunity, which included a candy cane: 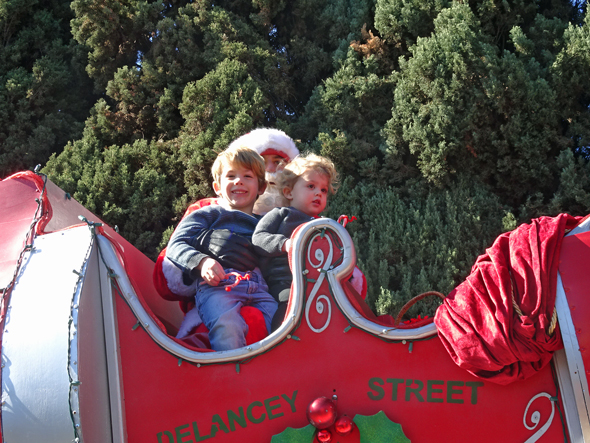 Lucy quite unsure of the entire situation.

Next, we stood in line for the train ride: 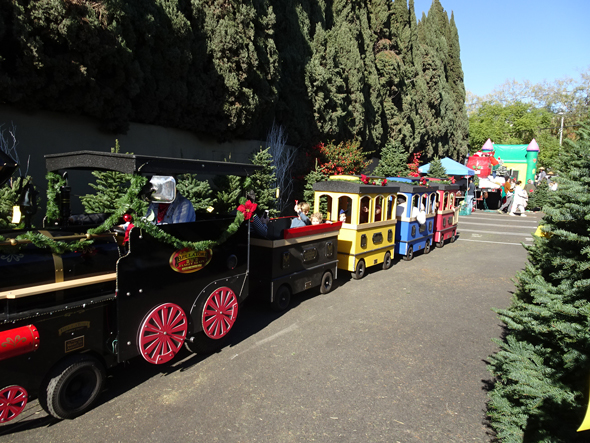 Same train from the past several years and even the same conductor. Tradition.

Every year the school trucks in enough snow from the mountains to make a (really really) small toboggan run. It is always popular with the kids. This is the first year Lucy has been brave enough to ride. Not sure she was too excited about the adventure though. 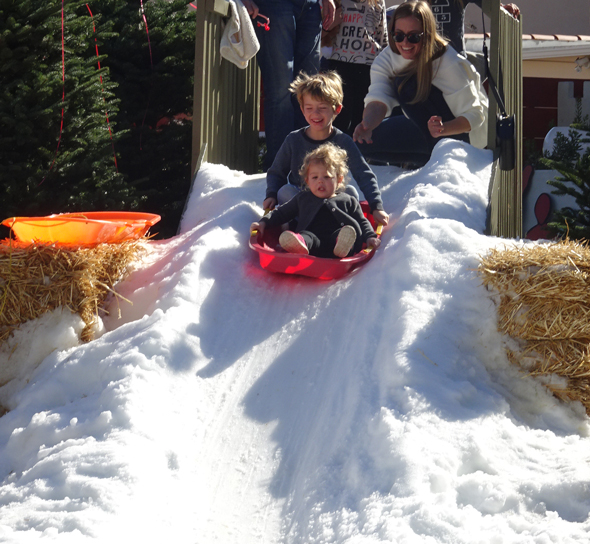 Leo was having a blast. Lucy?

We finished up the afternoon with bean bag tosses and wheel spins. The kids won silly bracelets, erasers and sticker packets... until Leo hit the jackpot with a ring toss prize of a bottle of Beaujolais. 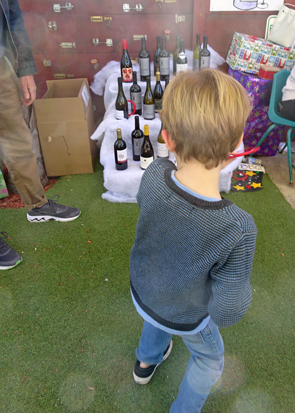 And that is the most Los Angeles pre-school thing anyone has ever written (a quote from Lisa when I sent her a text message about Leo's prize). 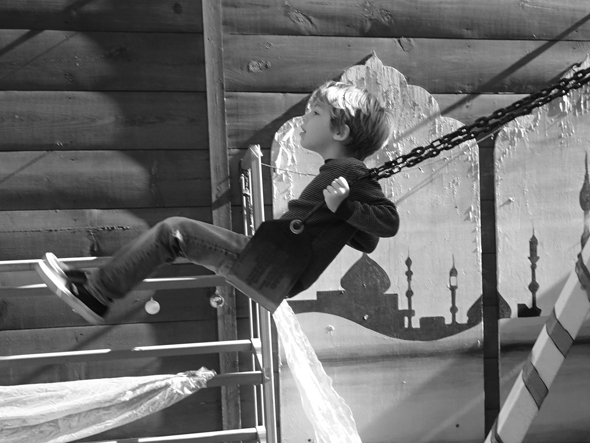 Ring toss is but one of Leo's talents. He can nearly get hisownself over the top of a swing set these days.

We brought the kids back to their house after the carnival. Lucy needed a nap. We played with the kids early evening and had black bean tacos for dinner. After baths and Lucy went to bed, we let Leo stay up a little past his bedtime to watch a Disney movie with us.

Until my next update, I remain, your festive correspondent.
« Windy, With a Chance of Thievery Back in the Desert »