What’s the Deal With Steve’s Birthday?

Indio, California:  The first thing on the agenda this morning (after exercise) was to watch the US Olympic Trials Marathon trial live from Los Angeles. We gathered in our covered patio and discussed every move, every step as the racers pounded out 26+ brutal miles in brutal LA heat. 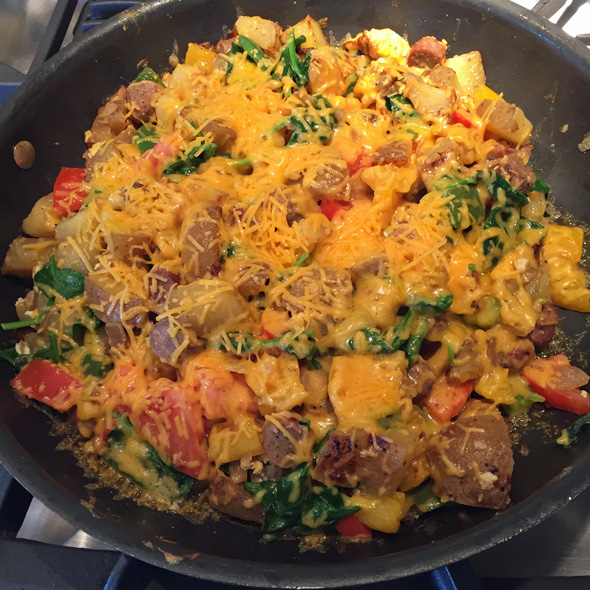 For our afternoon entertainment, we went to Old Town La Quinta to walk through the displays at Art Under the Umbrellas and try a beer at the new La Quinta Brewing Company tasting room. 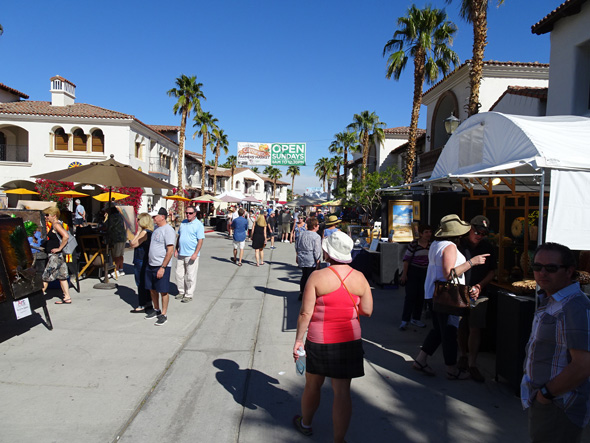 Artists booth along the streets of Old Town La Quinta 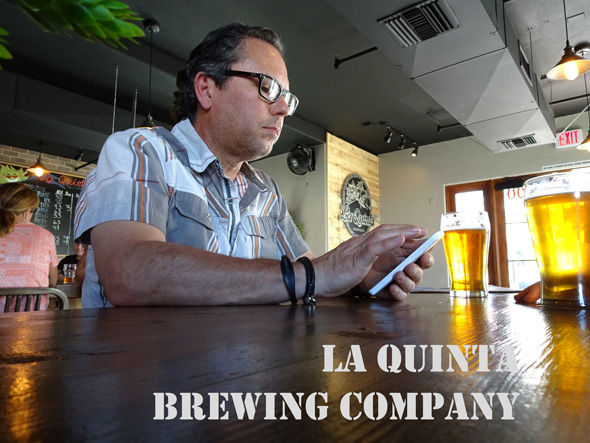 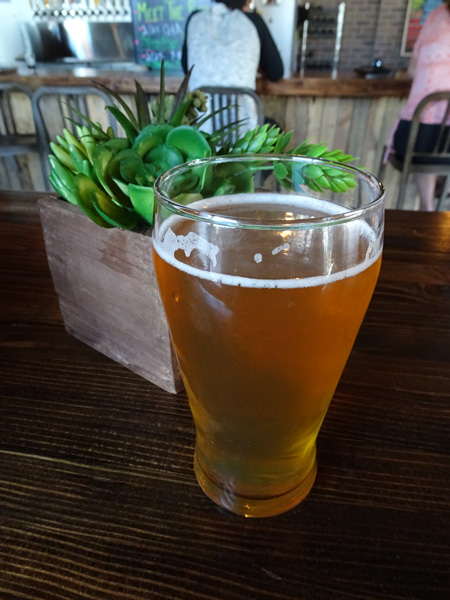 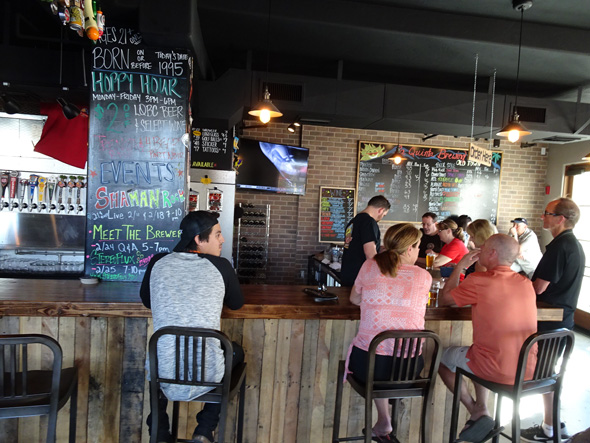 La Quinta Brewing Company: Beer (and a few wines) only. No food.

As we continued our stroll, we also found Nitroinfusions - a new ice cream store that freezes your ice cream order instantly on-site via liquid nitrogen. It was interesting and I am happy to report the ice cream was really good. 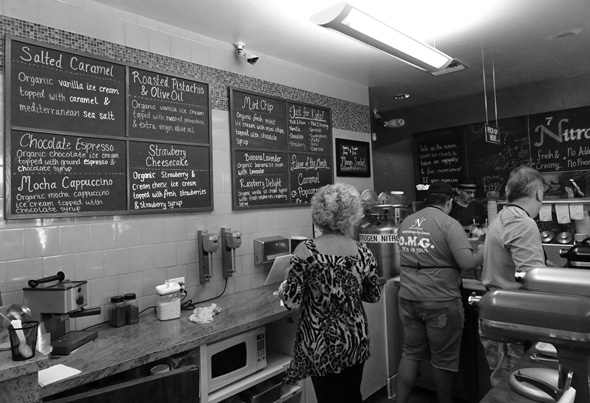 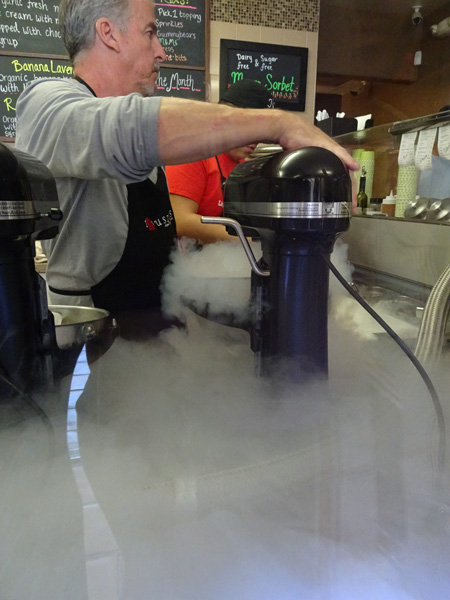 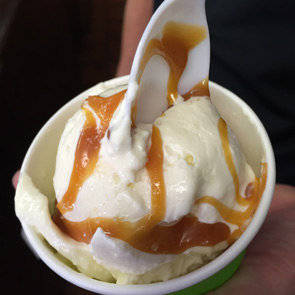 The ice creams we ordered were organic vanilla. Left is topped with crushed pistachios and olive oil. Right, salted caramel. We shared.

There were four luxury coaches on display at the Motorcoach Country Club this afternoon, so we took the tour. Not one was priced under two million dollars, so we looked very carefully. Luckily for DT, none came with radiant heat in the floors, so I didn't want a new coach. 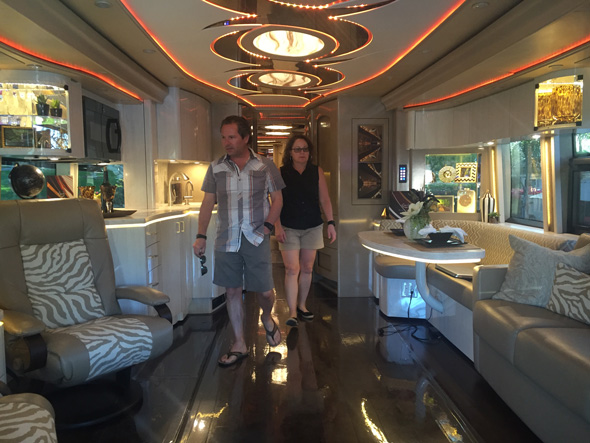 Steve and Kris really liked this Marathon coach, but left their check book in Denver. Dang.

My Bro is here (again this year) to celebrate his birthday. Last year, we took him to El Mexicali Cafe as part of his birthday dinner pub crawl. The owner put on quite a show and insisted on giving The Birthday Boy a free shot of tequila - that somehow ended up on our tab.

So what's the deal with Steve's birthday that tonight, when we took him to The Brasserie Bistro to celebrate his birthday... when we told the waiter it was his birthday, our table was presented with a beautiful small tray with three small desserts and a birthday candle... only to find the sweets on our bill? We did not order the dessert. Too funny and we now have another year to tease Steve.

One more thing - when Kris and Steve were with the kids a few days ago in Los Angeles, they went to the zoo and snapped this super-cute photo of Leo and Lucy on the carousel: 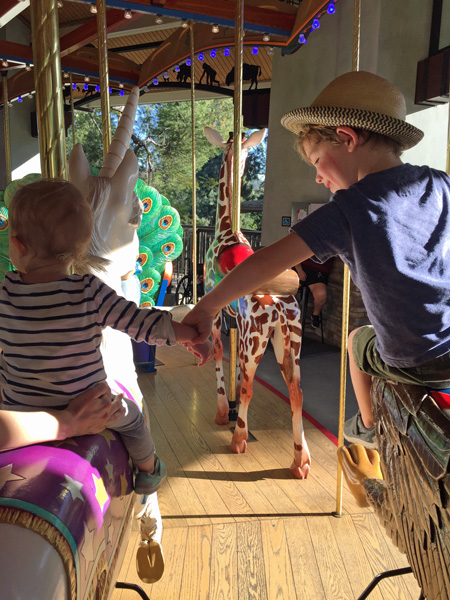 Until my next update, I remain, your ripped-off correspondent.