What I’ve Learned About Buffalo Wings

Indio, California: Ha. What did I say yesterday about "resting"? No rest for us today. We exercised and then cleaned this motorhome from top to bottom. Dang thing gets so dusty down in the desert. Not sure how the RV gets so unkempt with us away. Even so, cleaning a 45-foot long house doesn't take more than an hour.

Tonight was the Big Game - the college football championship. Goodness, it was just horrid (unless you were a 'Bama fan). That BCS Committee needs to be fired. Drug-tested. Spanked. Wouldn't Oregon v Alabama have been a superior matchup? Pretty sure that massively-huge Tide would have rolled all over the Ducks, but it would have been a much better game to watch.

Which brings me to Buffalo Wings - the official finger food of football fans everywhere. 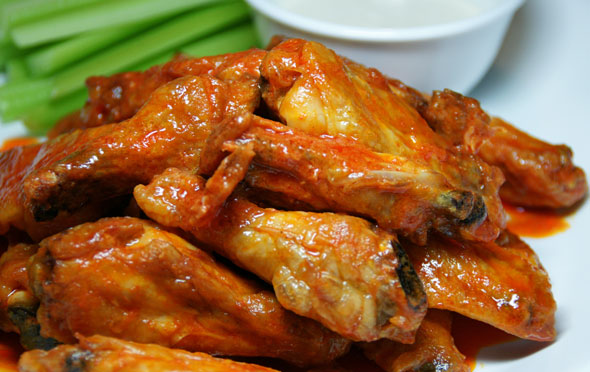 I do not consider myself an expert on wings. No way. I totally cheat and use a bottled sauce (Tabasco Buffalo-Style Sauce, or my current favorite, Frank's Red Hot Wings Sauce), and buy already-segmented wings if at all possible. Along the road, I have developed a few shortcuts that will produce mouth-watering wings - even in a RV kitchen - without deep frying.

For reference, we have been to the Mother Ship. In 2004, DT and I went (twice) toFrank & Teresa's Anchor Bar in Buffalo, New York - the restaurant famous for "creating" Buffalo Wings.

Their wings remain, to this day, the best I have ever tasted. Probably because they are deep fried. But, delicious juicy wings can be prepared without frying. 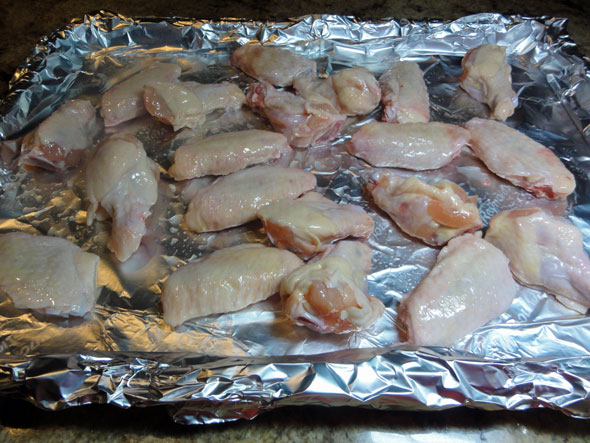 Heat oven to 450°. Line a large baking sheet with non-stick aluminum foil (non-stick side up!). Place the wing segments on the foil-lined baking sheet. Drizzle oil over and toss to coat. 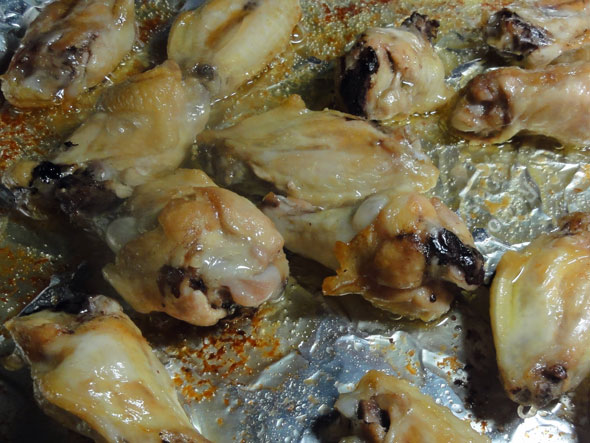 Bake for 20 minutes, then remove from oven, turn-over with spatula or tongs and return to oven. Bake for an additional 20 minutes. 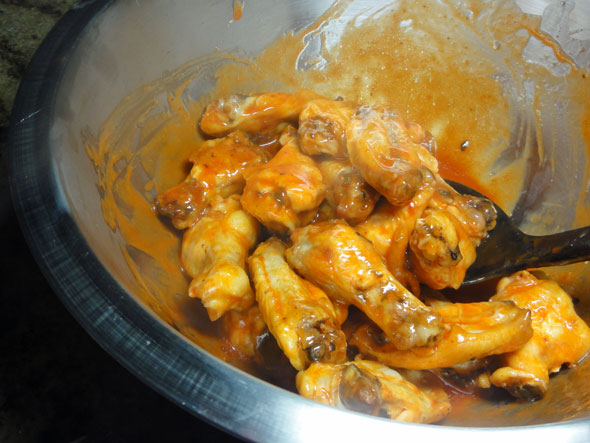 Place 1/2 cup wing sauce in the bottom of a large bowl. (This is where I add an additional tablespoon of Tabasco Sauce because the bottled wing sauces are just too dang wimpy for me.) Scoop the baked wings into the bowl of sauce and - using a large spoon, tongs or spatula - toss to completely coat with the wing sauce. 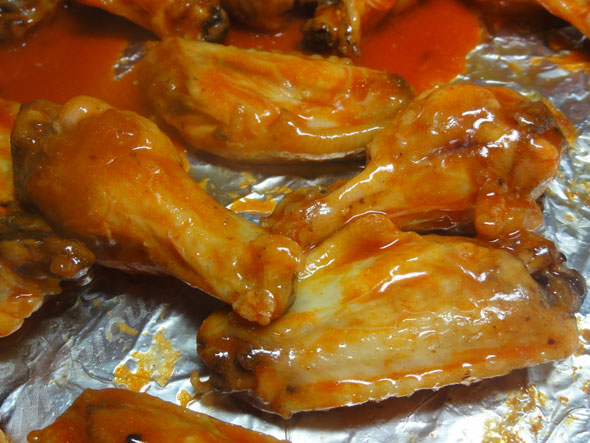 Next - surprise step - return the sauced wings to the baking sheet and bake for an additional ten minutes. Remove from oven and place on a serving platter. Serve with celery sticks and Blue cheese dressing for dipping, if desired. 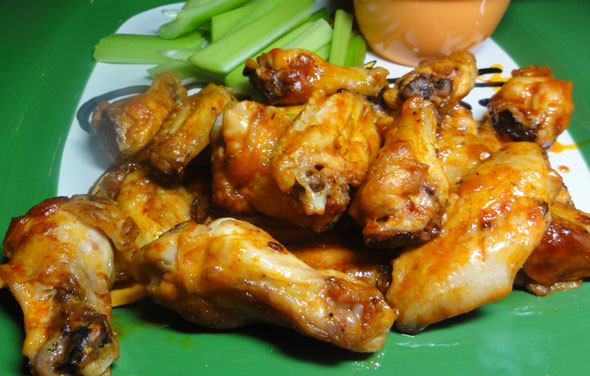 True, not the same as the Anchor Bar in Buffalo - but delicious and they somehow completely morph into a pile of bones in a few minutes. Perfect tailgate food. Figure six wings per person as an appetizer and plan accordingly. Super Bowl is February 3rd. 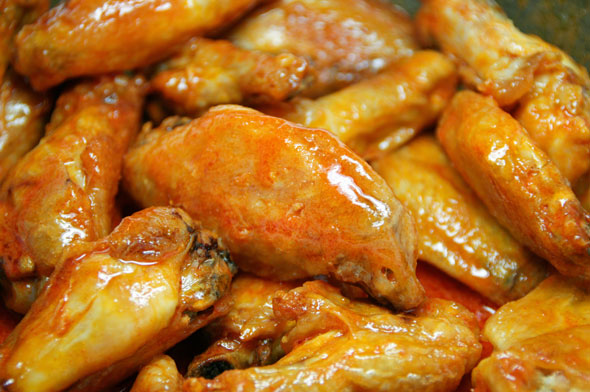