Indio, California: I didn't want to mention anything earlier, for fear of jinxing, but we had an offer on our house in January. There was a teeny bit of negotiation, the deal was made, and it closed yesterday. While we are sad to leave our beautiful home, it had grown too large for our needs as we spent less and less time in Oregon. Now another family will enjoy the great house and awesome property.

Now we just need to figure out where we want to re-settle. I now have a California driver license and am registered to vote in California. We own our campsite in the Motorcoach Country Club, so this will be our "address" until we decide what to do. It is a great relief to own a motorhome in such a situation, so we are not rushed. Our furniture (and "things") are in storage at a moving company in Portland (at a very reasonable rate), so we are not pressured to find a new house/condo. We love the Coachella Valley in the spring, so will remain here through May. With the Olympic Trials (19-28 June), you know we will be in Eugene... and we have other travel plans for the summer of 2020. Since we have the RV, we can simply wait until next fall to begin looking at new abodes... but we continue to visit weekend open houses... so who knows? If the right property catches our eye... Dave and I have decided to buy a new place somewhere closer to the kids than Portland. That is the only decision we have made.

Speaking of the kids... since this is a three-day weekend, and Lucy and Leo had no school Monday, Lisa and Lenny decided to spend the weekend in Indio with us. At the last minute, Lucy came down with something, so Lisa decided to remain in Los Angeles with Lucy, while Lenny drove out with Leo to avoid a germy weekend at home. 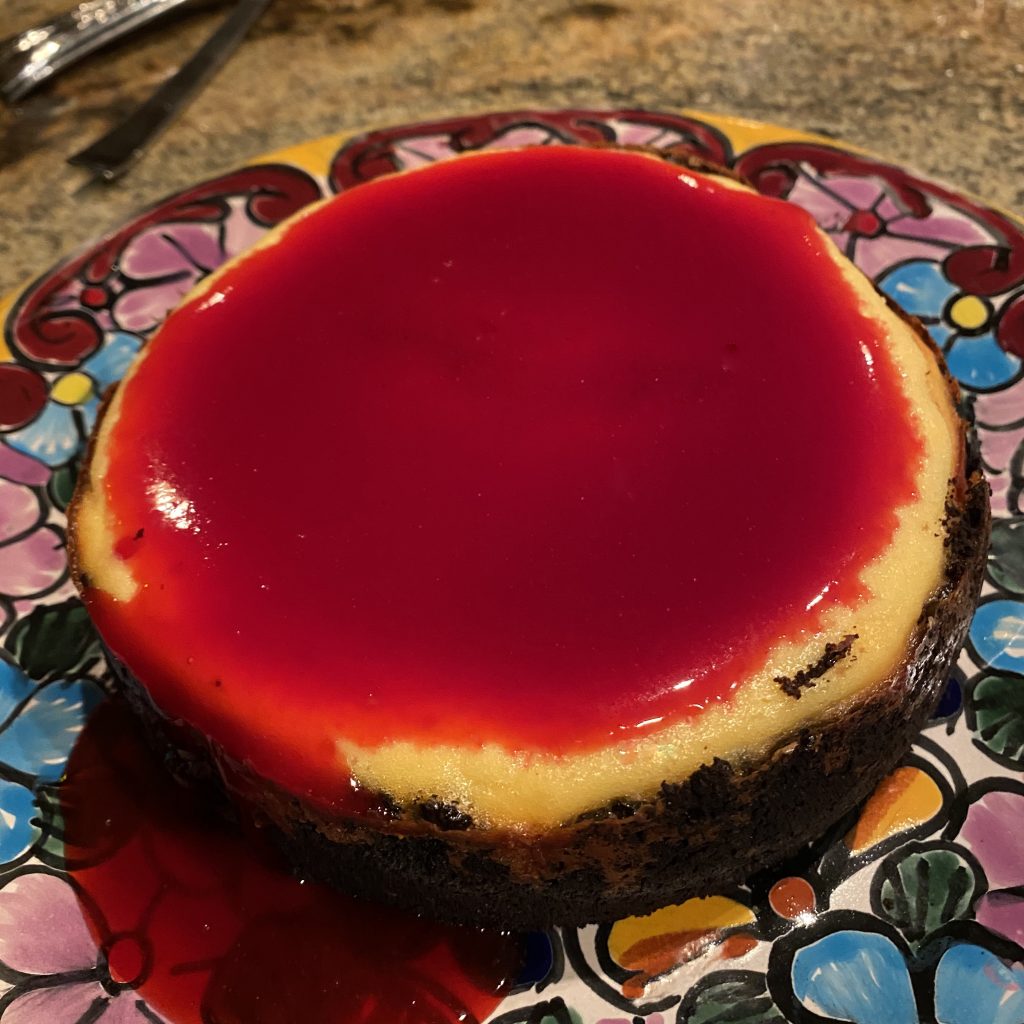 So it was me and My Three Valentines for heart-shaped make-your-own mini pizzas Friday night. We had a tossed salad - and cheesecake with chocolate crumb crust and a raspberry glaze for dessert. By the end of the evening, Lenny was feeling punky and by the morning was full-on sick. We sent Lenny home, but kept Leo.

Leo had a most amazing time today. Best thing: our neighbors, Lois and Steve, have a new Golden Retriever puppy. Reggie is 16 months old, out-weighs Leo by 30 pounds, yet the two became best friends in ten minutes. What is it with little boys and dogs? Leo and Reggie wrestled, ran, and played for hours! But Leo had many more adventures today. He rode his bike about 12 miles, went out for tacos, golfed, swam, played with remote control boats on the lake behind Mary & Captain Jim's casita, went on a boat ride with Tim and Don (Tim let Leo steer!), did an hour of homework, had dinner at the clubhouse and then a pre-bedtime wrasslin' session with Reggie... finally falling asleep BEFORE his head hit the pillow.

At dinner tonight, while sipping on his Shirley Temple, Leo reminded us we did not play tennis today. 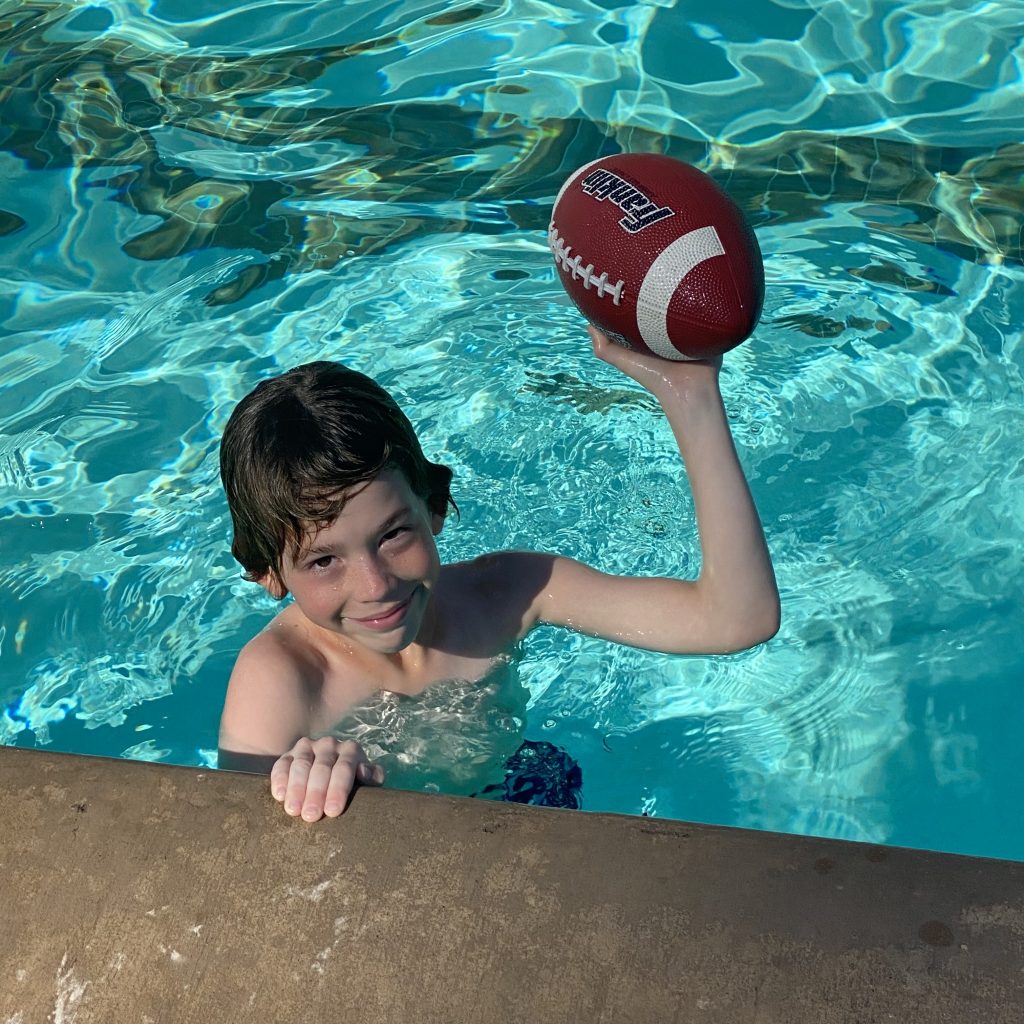 Even when Leo is swimming, he is playing football. 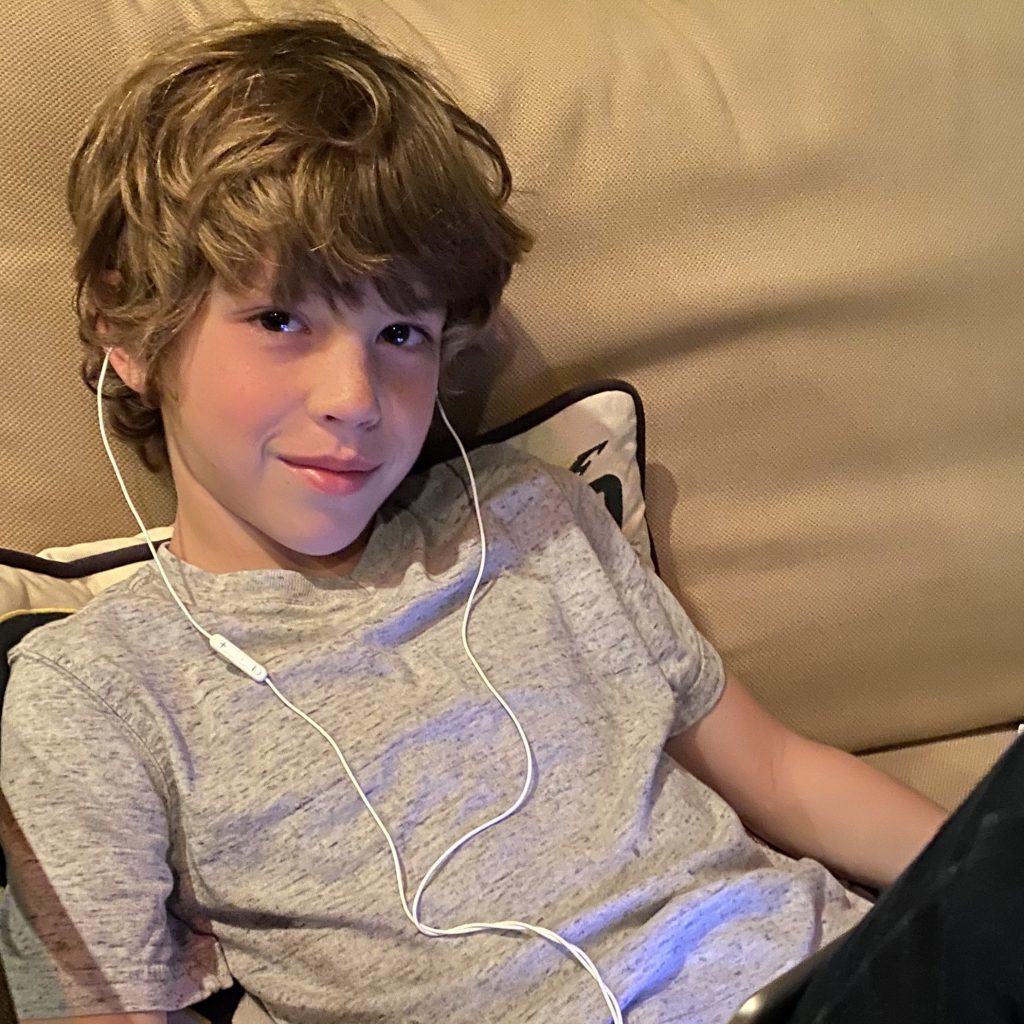 A little video before bedtime.

Leo is so much fun! We love him so much, and are so happy to be able to spend the weekend with him. Now, if only the rest of his family gets well soon!

Until my next update, I remain, your homeless correspondent.