Indio, California: Leo lucked-out by remaining with us over the weekend - it's county fair week! 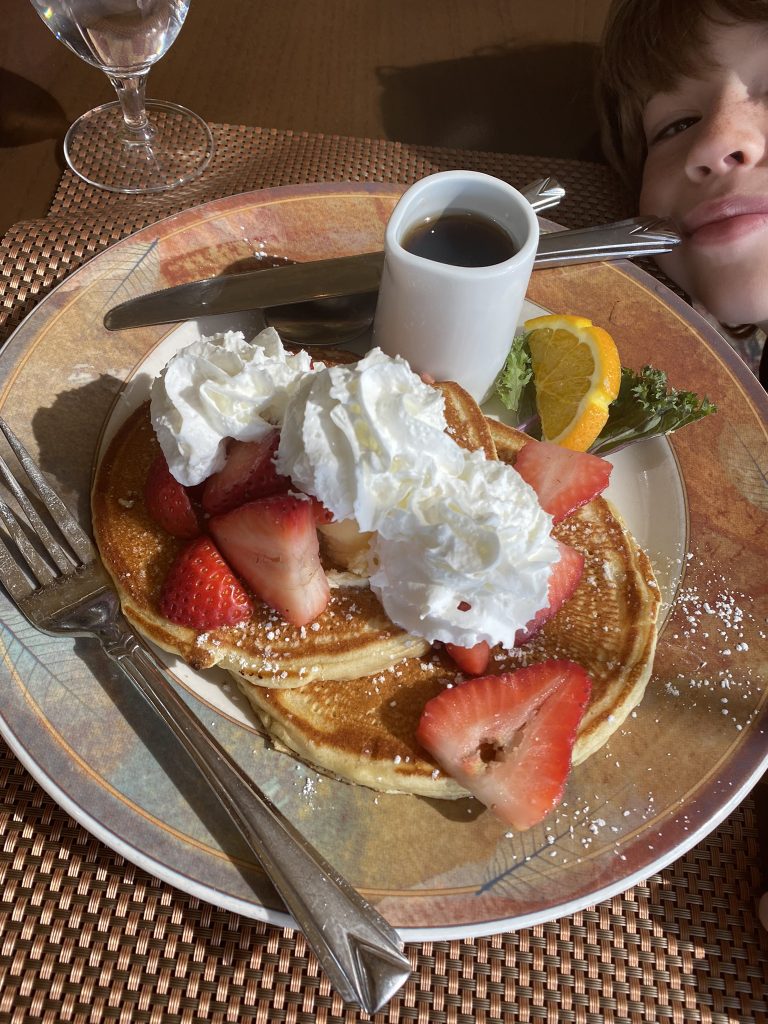 But first - Leo wanted to fill-up with chocolate chip pancake with strawberries and whipped cream at the clubhouse. Possibly not the healthiest choice?

After breakfast we drove to the nearby fairgrounds, paid very reasonable admission prices ($9 for seniors; $9 for kids), then bought Leo a wristband entitling him to unlimited midway rides for only $28. 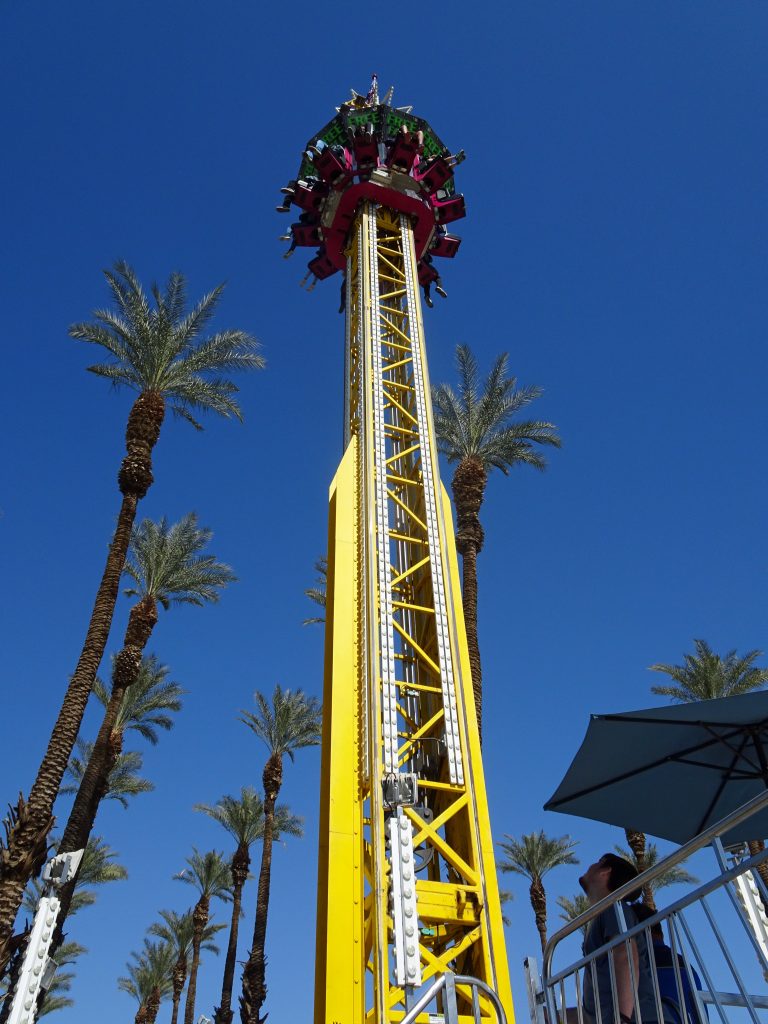 Leo hated the first ride - some-sort of an elevator-drop scenario. Wasn't going to go on that again! 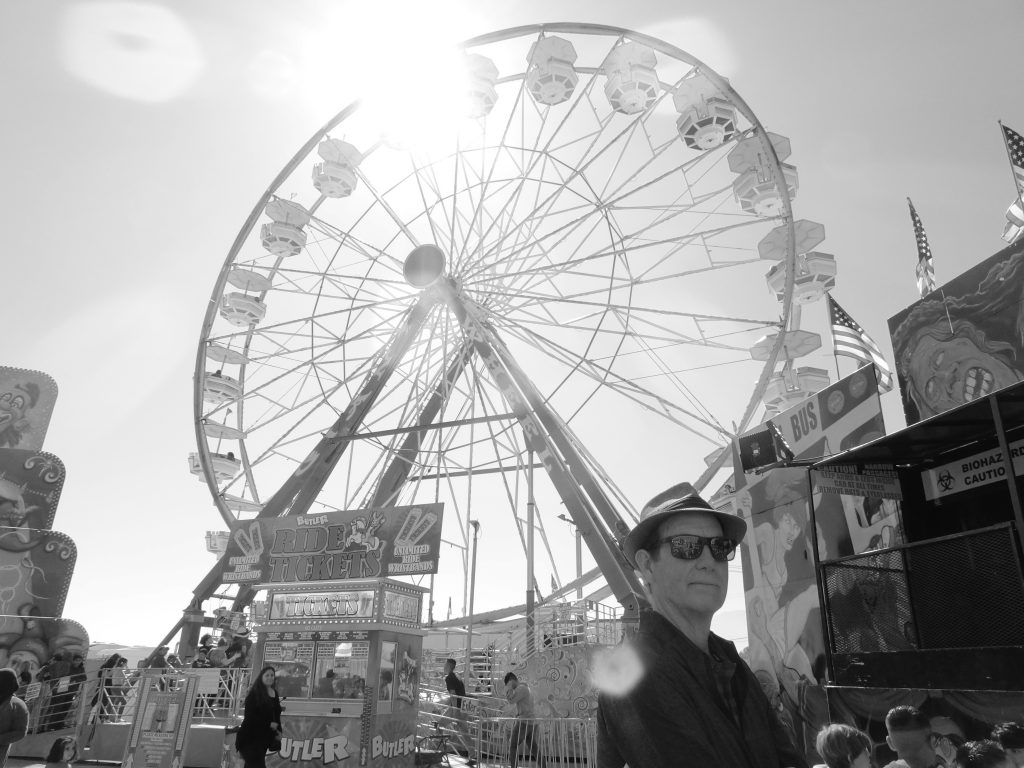 Dave and I waited outside while Leo spent quite a bit of time in the fun house, riding through a haunted house and a few more fun amusement rides. Next, Leo once again saw a rope-ladder-climbing challenge he had attempted last year. He tried it again. Two different times this afternoon: 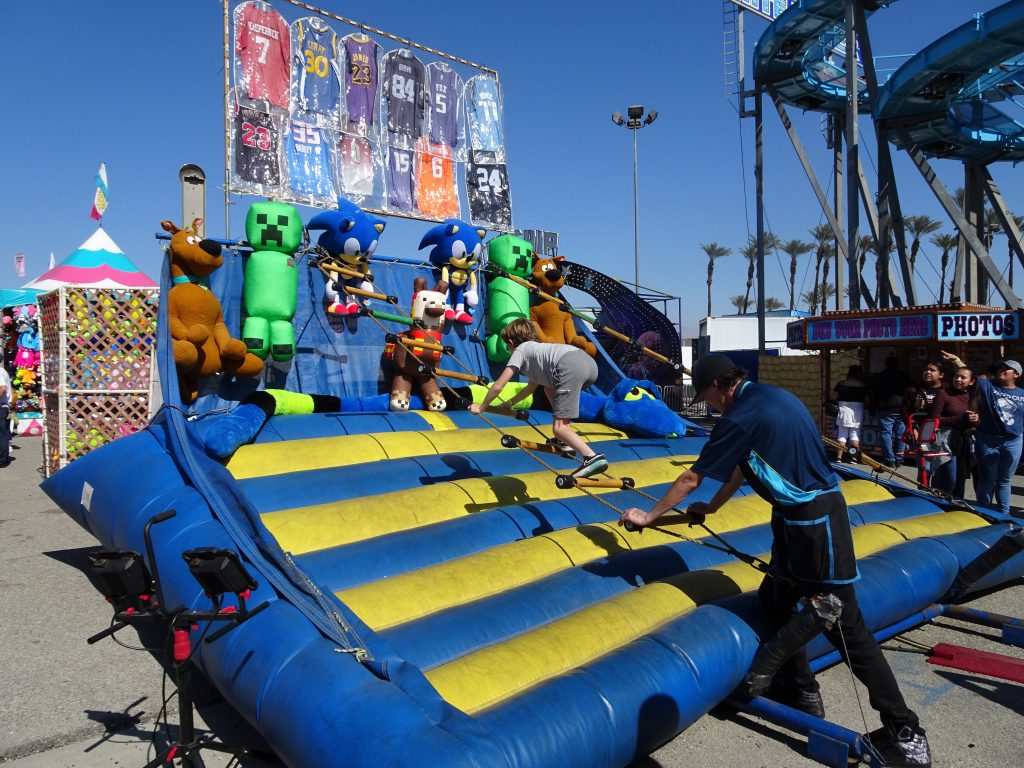 He wasn't successful again this year. Next year? Go, Leo!

I made a second video of Leo going down the Fun Slide (far left):

Now it was time for a break and a snack. No, we did not get deep-fried candy bars. I love pretty-much anything deep-fried and I love chocolate... but the two combined made me a little nauseous. 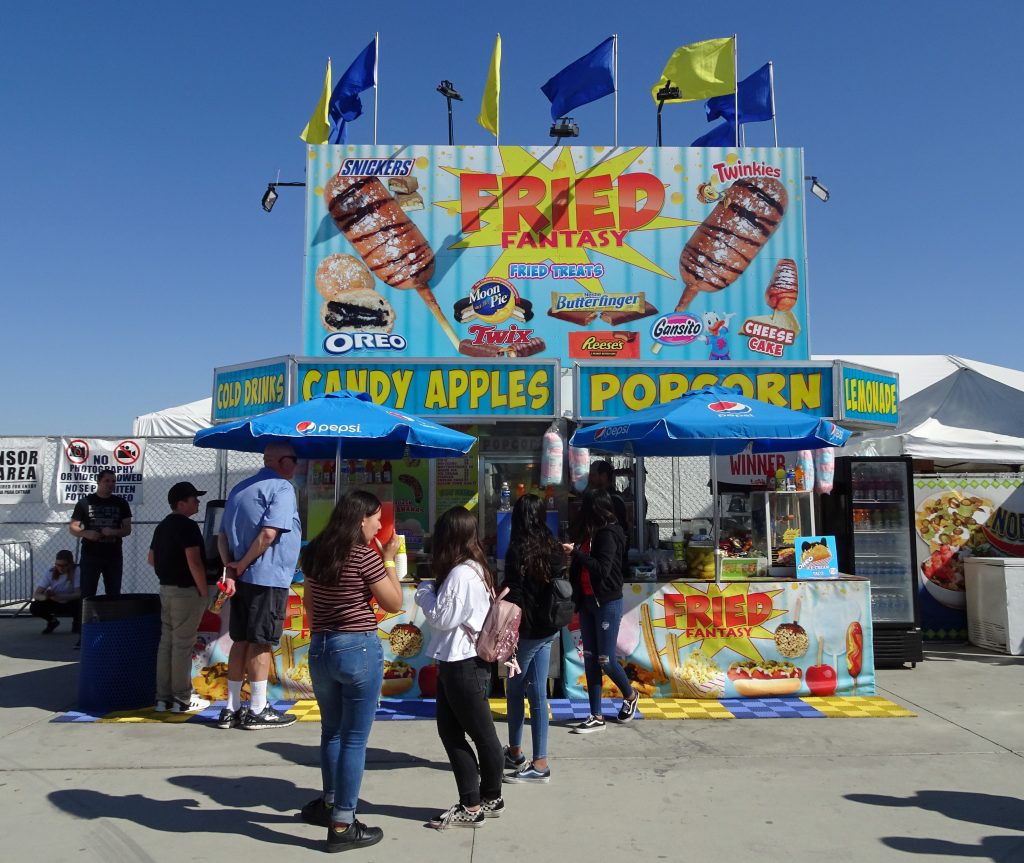 We ordered ice creams, but it was so hot, they melted before we could eat much. More like a milkshake in a little ice cream cone?

Leo also enjoyed the petting zoo, walking through the barns to meet the 4-H animals, a water log ride, a camel ride, a bungee jump, and a few more arcade games. Before leaving the fair, the sweet boy wanted to win a prize for Lucy. Lucy will receive a little stuffed pink gorilla tomorrow. (Lisa will be so thrilled!) 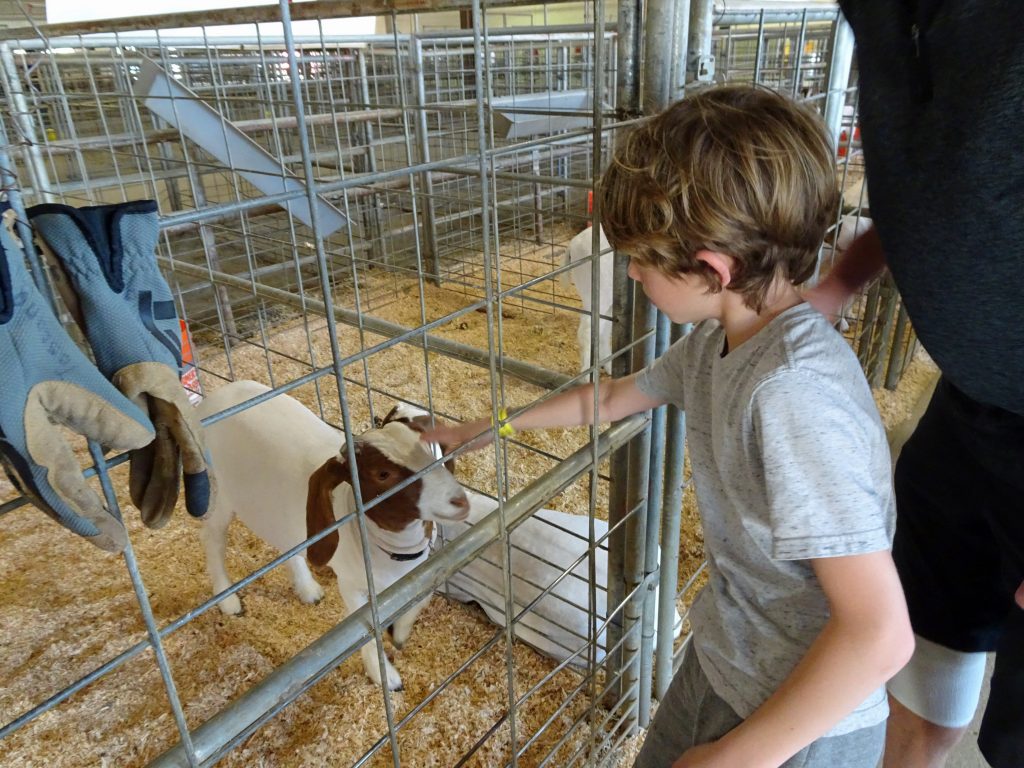 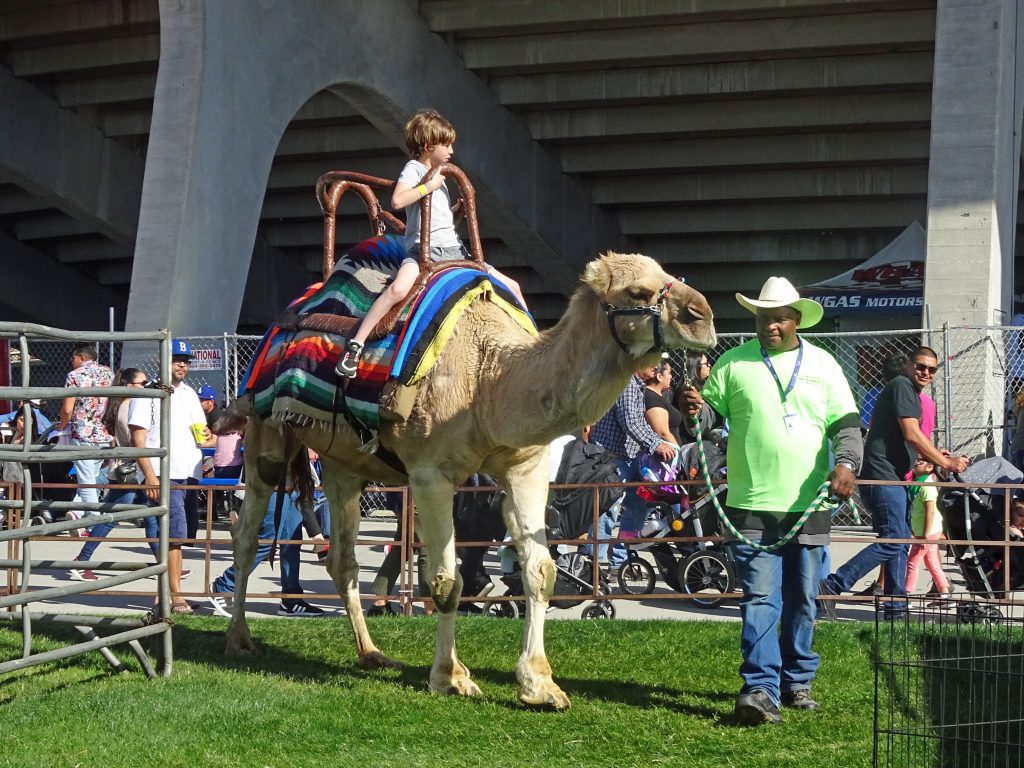 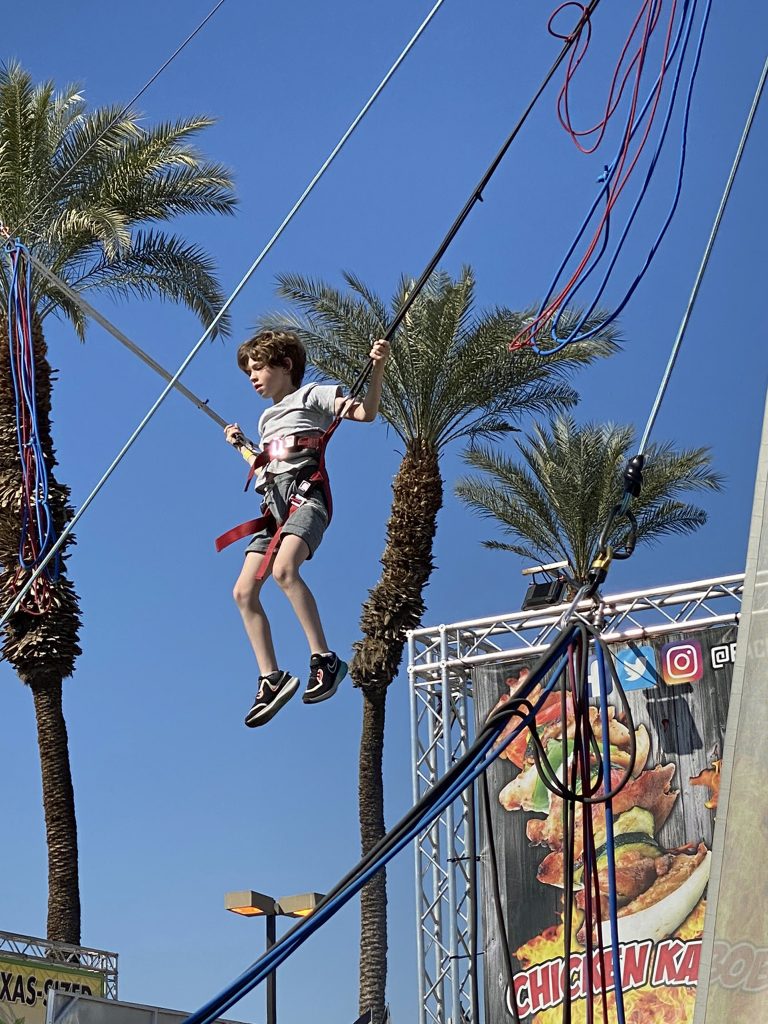 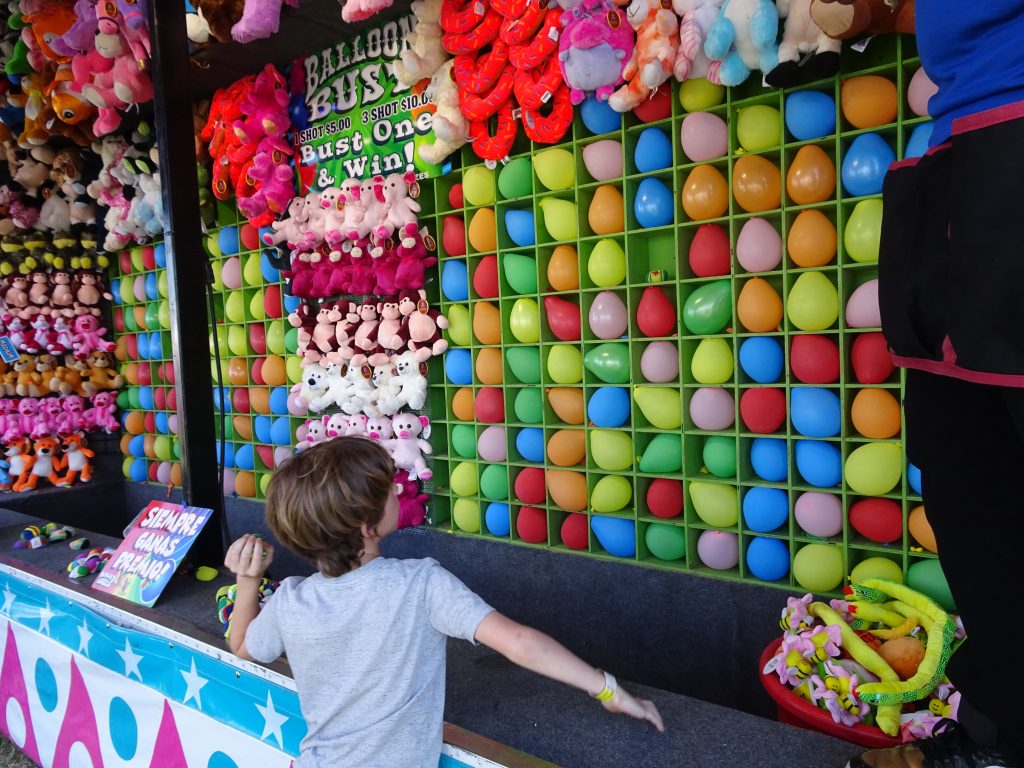 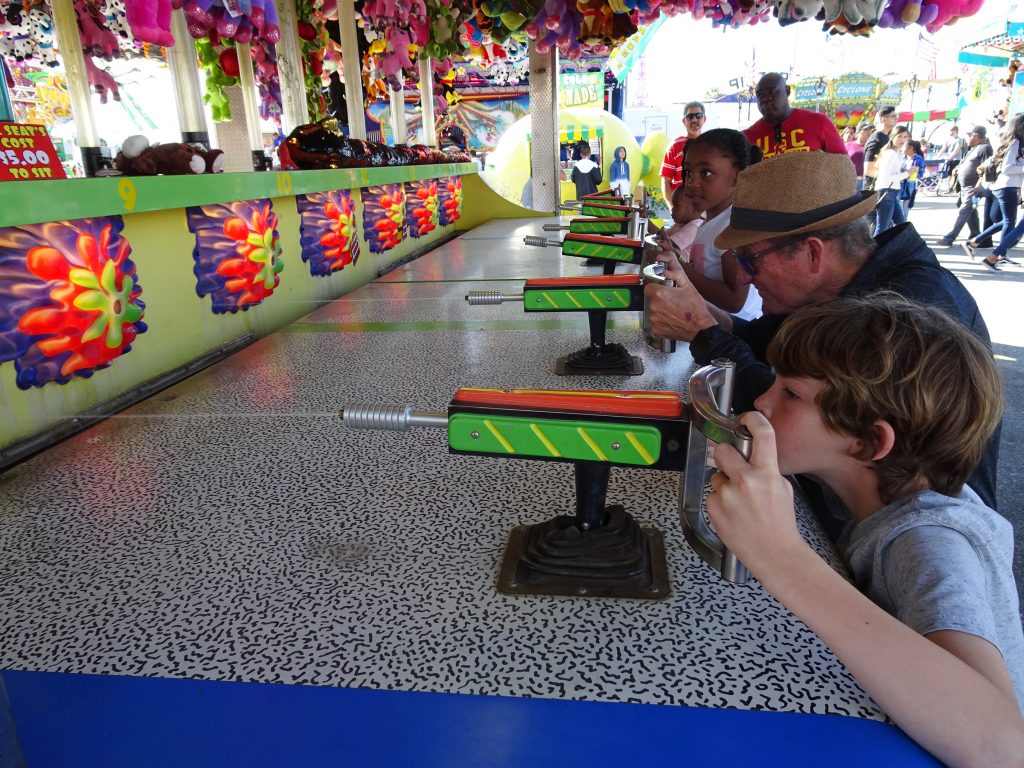 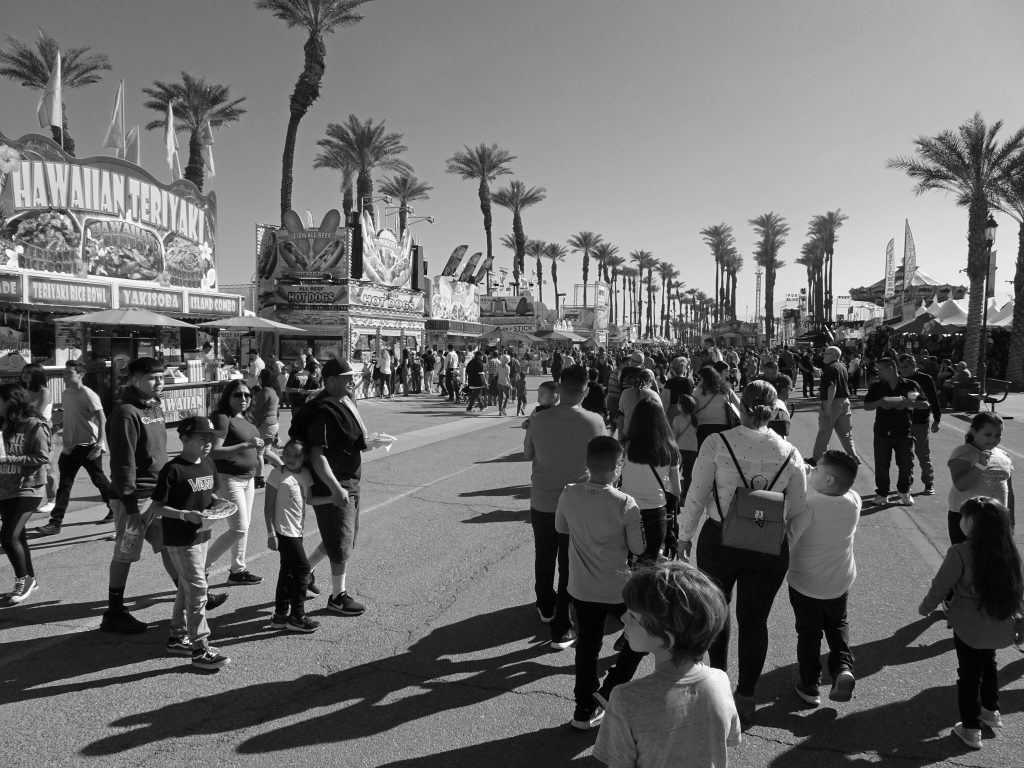 We headed back to our resort, so Leo could play with Captain Jim's remote-control racing boats on the lake and go for a ride in their boat. Then... we took Leo out for sushi, came home to watch the Ducks beat Utah in basketball and then we went to bed!