A busy weekend of household and outdoor chores. The weather only cooperated Saturday and then it started raining again. I wore jeans and a turtleneck sweater today.

I stayed up until one o'clock in the morning to watch Mick Jagger on Saturday Night Live. I laughed so hard, I woke My Driver - sleeping at the other end of the house.

The best part (though the sketch was a bit weak) was Mick Jagger portraying Steven Tyler:

Though Mr. Jagger was brilliant, funny (and he sang a few tunes as well), you are lucky to view him here via your computer screen. I had to watch him in HD on a 50" screen. Dude is old. 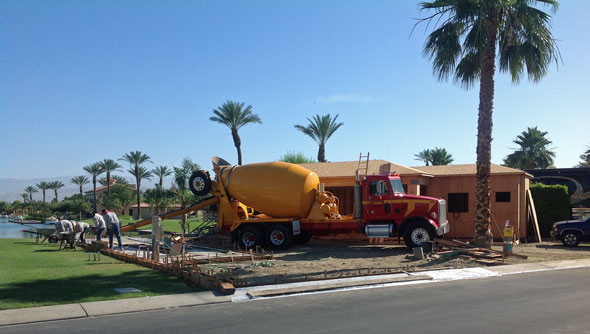 In other exciting developments, a few more photos from our build-out in Indio have landed in my inbox. Arnold Castro, our contractor, sent this photo of a cement truck pouring a concrete strip around the pad where the Magnus Peregrinus will be parked. 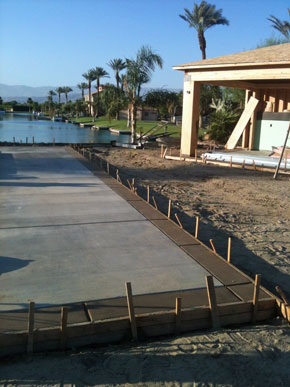 Later in the day, Captain Jim and Mary sent these photos of a concrete strip, which will only serve as a buffer between the parking pad and the red stone pavers. It is only cosmetic, but Arnold is just a stickler for details. That is why we hired him.

By the way, these are the last photos I will be receiving of our lot at the Motorcoach Country Club from Jim & Mary. The temperatures have grown too warm - they are now on their way home to The Great State of Washington. 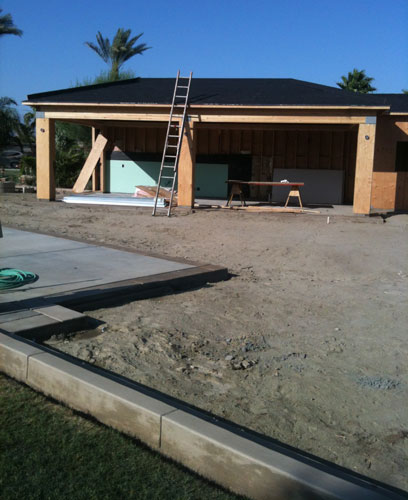 Arnold doesn't think I am going to like my planned fire pit location. He thinks I would like it somewhere else. Thing is, Mr. Castro is most-likely right. This is where timing is on his side. 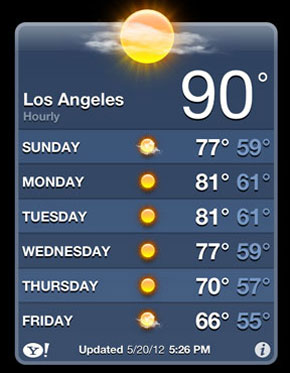 Then look at this: 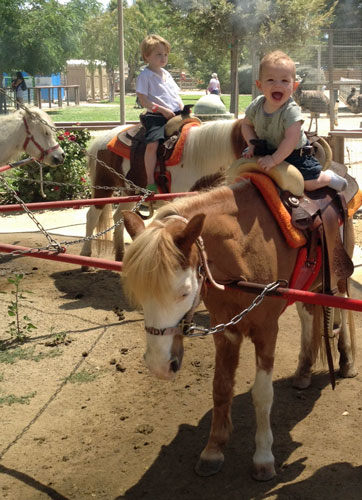 I think I'll be moseying on down to Los Angeles in the morning, pawdner... then I can carry myself on-over to the desert for a few hours to ponder a camp fire placement.

Until my next update from SoCal, I remain, your soggy correspondent.
« Dinner for 3, Dinner for 4 – plus Baby Will Visiting Leo »