Indio, California:  So much happened while we were playing in San Diego this weekend. First, Our Beautiful Niece and her husband (Sarah & Anthony) in Washington State welcomed their second child, a 6 pound, 4 ounce girl - Melissa Joye - into the world! Melissa has a 5 year old brother, Gabe. Congratulations and welcome to the family! My Mom's middle name was Joye. Such a sweet tribute.

Meanwhile, in Istanbul, Turkey, Brianne's fiance, Ashton Eaton, won the Gold Medal in the multi-event, breaking his own World Record. (I suspect sport agents are already lining-up to sign their offspring.) Below is a short video showcasing Ashton Eaton's efforts in Turkey. Watch Out, London!

Our original plan was to drive to San Diego via Los Angeles, where we would watch the Ducks play in the Pac-12 basketball tourney on Friday afternoon. But the Ducks lost Thursday evening and were out of the tournament - so we drove straight to San Diego.

CONGRATS to Pam R., of Chester, Maryland - winner of our San Diego contest. Pam writes that she once met Jimmy Buffett in an elevator! So jealous.

I want to post a few more photos of our San Diego hotel, the U.S. Grant. We really enjoyed our stay and our room - a huge corner room - was outstanding. The hotel has recently been renovated and is now operated by The Luxury Collection. 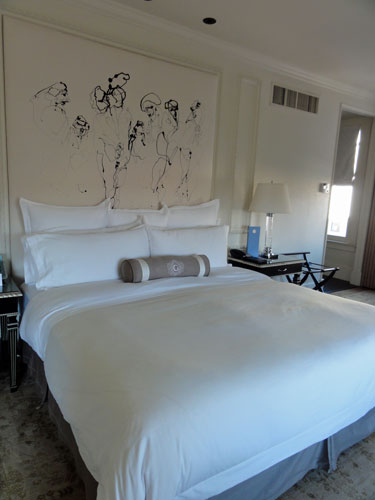 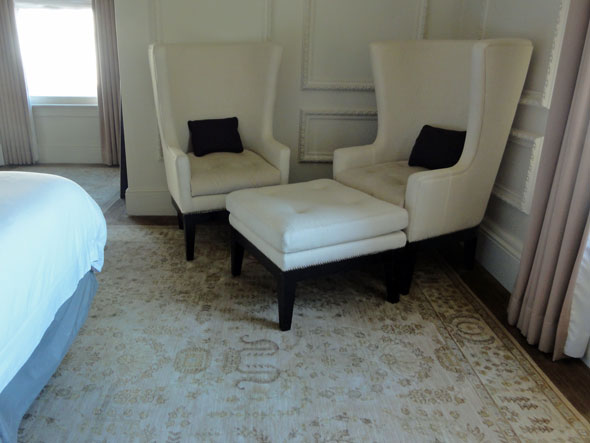 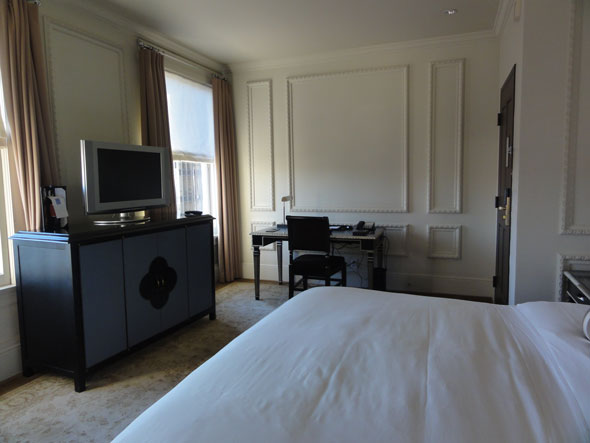 Functional desk space, and cabinet under the television held a mini-bar and safe. 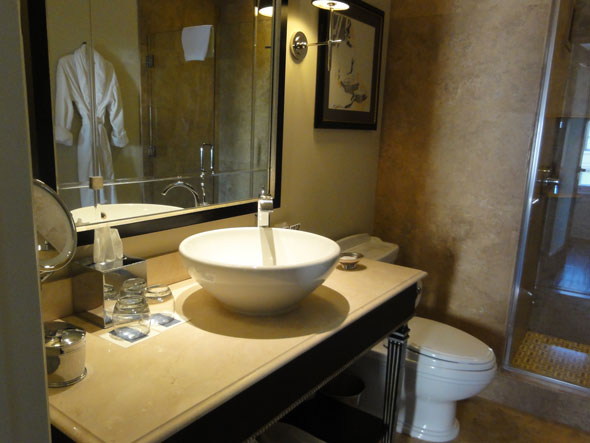 Luxurious marble bath with pretty mosaic shower floor. Since I am just over five feet tall, I just can't get into this whole "sink on the countertop" thing. Between the bedroom and bathroom, the room held a massive dressing area with a large closet and full length mirror.

The hotel is constantly trying to get you to hydrate. There were several bottles of complimentary water in our room at check-in and while we were away during the day more water is placed in the room. In the evening, little slippers are placed at your bedside, a bottle of water is placed on each nightstand and a chocolate is on each pillow.

The only negative on the room was the lighting. A little lamp on the desk and a light on both nightstands. No ceiling lighting. No lamp in the cozy seating area, that could have been a cozy reading nook as well. Lighting was too poor in the bathroom to apply makeup... so I take no responsibility for my appearance during our stay. The staff were very attentive and friendly, the bar was fantastic (but expensive) and the lobby of the US Grant is practically palatial. Super convenient location for walking around downtown, Gaslamp District and waterfront areas, plus there is a trolley stop behind the hotel. Recommended by the RV Goddess and her Driver.

Our departure was delayed this morning due to nearby road closures for the San Diego Half Marathon course. No worries - after our late night, we were happy to sleep-in. The hotel left notice in our room about the delays and even moved the clocks forward an hour for daylight savings time.

I could have used that hour of sleep last night. 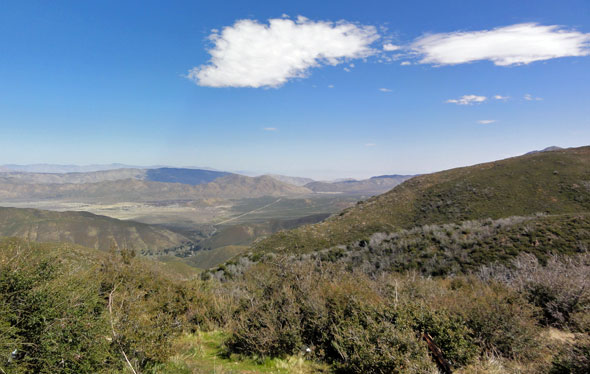 The view east from near Julian, California

We headed east on Interstate 8 and then took a left to follow Highway 79 to Julian, where we stopped for a slice of pie and coffee (breakfast). The route climbs to nearly 5000 feet and we found a few patches of snow on the road! There were so many people in Julian, we didn't hang around long. A late lunch/early dinner was consumed in Beautiful Borrego Springs. 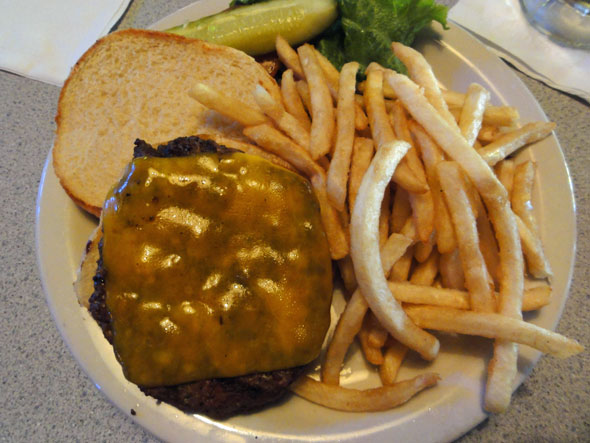 A fitting ending to a Jimmy Buffett weekend - a Cheeseburger in Paradise. Carlee's makes a great burger in the paradise of Borrego Springs, California.

We are back to the Magna Peregrinus and our canal vista. Pretty drives on our circular route, fun restaurants and shops, another night with Jimmy Buffett (and 10,000 other people). HUGE THANKS to The Lovely Lisa for making concert arrangements. Okay, okay, okay... we will help you move!

Until my next update, I remain, your "I'm never eating again" correspondent.