Indio, California:  We left Disney at 11a Saturday and took our sweet time getting on the freeway, terrified to be caught-up in Coachella traffic. We stopped at the fun Anaheim Packing House (again) for lunch at the always-good Umami Burger. 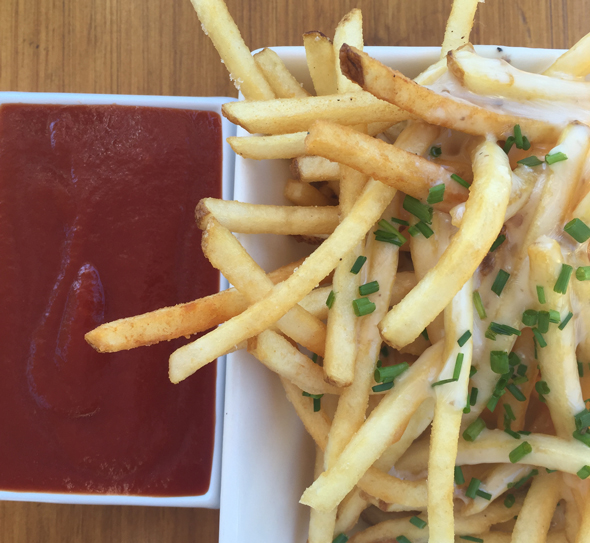 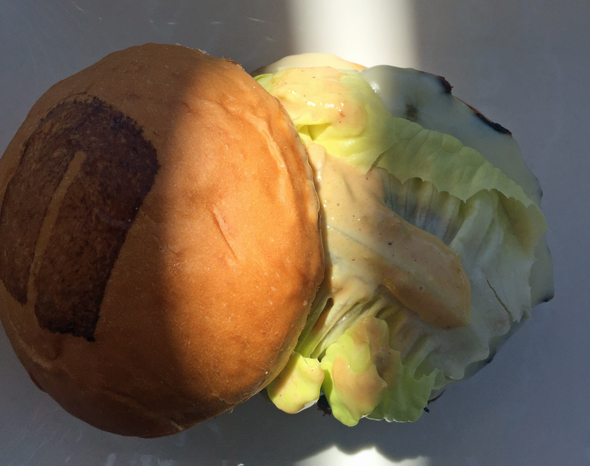 The beef is ground in-house and the burgers are hand-formed. We shared a Cali Burger - with roasted tomatoes and caramelized onions. 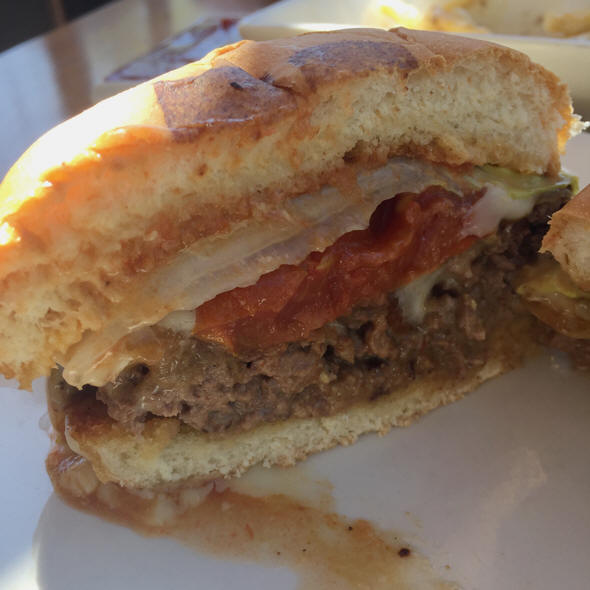 Fueled, we pointed the Jeep towards Indio and had no trouble with traffic.

A few comments on our stay at Disney and a few tales: The Disney Californian Hotel and Spa was very nice. It is beginning to show a bit of age, but nothing is worn - just decor-wise, everything is dated. Service was very good and the staff were so friendly... and don't forget every single employee told DT Happy Birthday, Dave every time they met him and saw his Birthday Boy Button.

The kids arrived to the hotel about ten minutes before us and were just finished checking-in to our adjoining rooms, so the same clerk checked us in as well. Lisa and Lenny, et al, were staying two nights; we were staying three (to avoid Coachella traffic). After checking-in and getting our key cards, brochures, schedules, park tickets, etc, etc, etc, the clerk asked us to please wait one moment. He disappeared for a minute then, returned with a large white envelope with Dave's name on the front. It was an autographed 8x10 glossy of Goofy, and Dave was supposed to believe Goofy had left it for his good friend, DT, as a birthday gift.

Another interesting tale from Saturday morning. DT had left for a jog and I was busy showering and packing to leave. I heard several women outside my door chatting away in Spanish and then could hear them on walkie-talkies in Spanish and English. They were asking for Security. Hmmm. Soon, a male security agent was outside our door and he was obviously talking to a little girl. She appeared to be lost. He was very calm and was asking the girl her name. Apparently the girl woke up and her Dad was not in their hotel room. She was scared and went out in the hall to look for him, the door closed behind her and she was locked out. The housekeeping staff found her and called hotel security. Do you know your Dad's phone number? What is his name? The security agent obtained her Dad's cell phone number from the front desk and called "Mark". "Mark, this is hotel security. We have your daughter. She is outside your hotel room... woke up... couldn't find you and is scared. Could you please come get her?"

Then I heard the door of the room next to us (Lisa's room last night) open. Mark had been sitting out on the balcony enjoying a cup of coffee.

And here are two photos that somehow never made it onto the blog while we were in Disney: 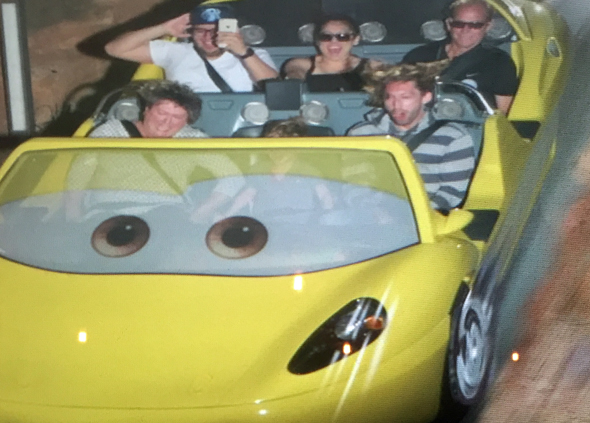 Radiator Springs Racers: Lenny was "driving", Leo is in the center and I am in the passenger seat. DT is in the back seat, with two strangers. The ride was definitely exhilarating. Leo and Lenny rode twice! Not me, but I think I had a free chiropractic spine adjustment being whipped-around on this thrill ride. 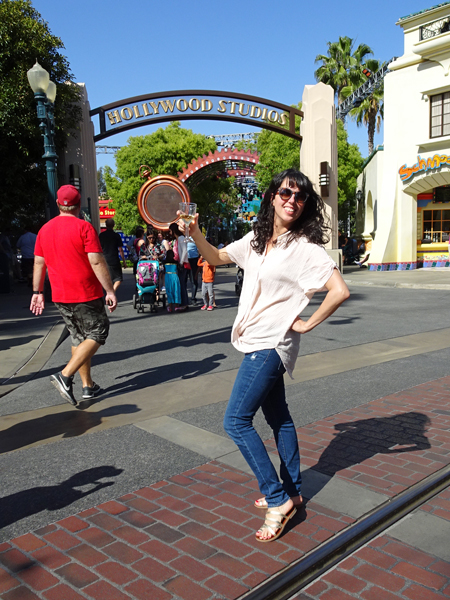 Lisa, enjoying a glass of wine

California Adventure Park was celebrating with a wine festival. Booths were set up along most walkways selling California wines.

After arriving back to Indio, we have kept quiet. Resting and avoiding local Coachella traffic. We can hear music from the festival at night. There are well over 100 bands playing at the festival. I have heard of two - Guns and Roses and Ice Cube - and own none of either's music.

Mary & Captain Jim came by this evening and we shared a huge salad for dinner as they listened to our Disney tales. Colleen and Rick have left for the season. There are only about 200 coaches in the resort. The season is winding down.

Until my next update, I remain, your reviving correspondent.