Los Angeles, California:  We were smart and decided to abandon the Coachella Valley Music Festival again this weekend. We drove to Los Angeles to spend the Passover holiday weekend with the kids. 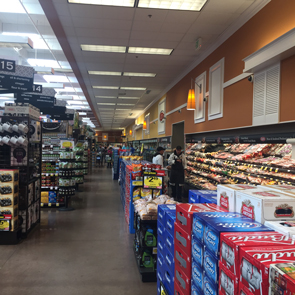 The aisles in the supermarket near our RV resort are nearly impossible to negotiate during the three weeks of Coachella and StageCoach. Every inch of floor space is covered with cases of beer, water, snacks, energy drinks and other necessities. Don't think I am complaining. I am not. Just because the largest music festival in the world is held one mile south of our RV resort... nope, we love the kids, the crowds and all the money the festivals brings to the local community. Our favorite taco shop, Tacos Gonzalez is packed during the festival. Our grocery can't sell beer fast enough. Hotels are full. Our resort usually houses 30-40 motorhomes renting sites and pretty-much no one complains about the young girls in bikinis at the pools. The best thing about the music festival? The kids - great, fun-loving young people enjoying a weekend of music with their friends.

It is easy to stock-up on groceries and hunker-down for the three festival weekends - especially since we have a restaurant/bar in our resort - because there is one aspect we do not like about having an extra 100,000 people in town. Traffic. It Sucks the Big One... which is why DT and I hit the road at 11a Friday, driving against festival traffic to reach Los Angeles. (We also stopped to have one last bit of leavened bread/tortilla before Passover started in taco form at Tacos G on the way of out of town.)

We had to only contribute three things for the Seder this evening - Matzo Crunch, a salad and Charoset... with everything a bit more interesting this year. The kids were holding a vegan Seder because several guests are vegan, and Lisa always loves a culinary challenge. 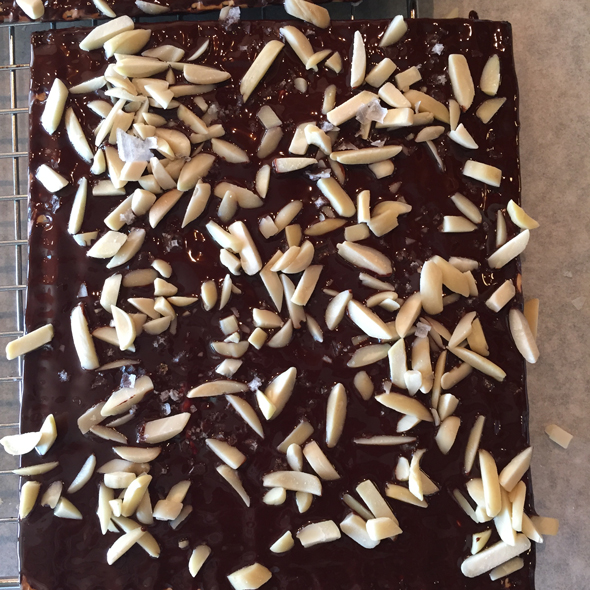 So my Matzo Crunch was made without the usual caramel layer (because caramel contains butter and fake butter contains soy, which is not permitted during Passover... pretty-much anything that can be fermented is not allowed during Passover... wheat, grains, soy, corn, beans, rice... rules vary amongst different countries, sects and families...). I melted vegan 85% cacao chocolate, spread it over matzo and sprinkled almonds over. It wasn't a very sweet dessert, but everyone still munch away. Confused much?

The Charoset (pronounced harr-OH-set, is a sweet paste-like mixture made to represent the mortar used by the Jewish slaves as they built stuff for the Pharaoh in Egypt) was made with apples, dates, walnuts, orange zest and juice, salt and cinnamon. I do not put wine in my Charoset.

Leo was still at school when we arrived, so Dave helped Lenny and Lisa prepare for their Seder while I kept Lucy busy in the garden. I may have snapped too many photos of our beautiful little granddaughter - now 20 months old. 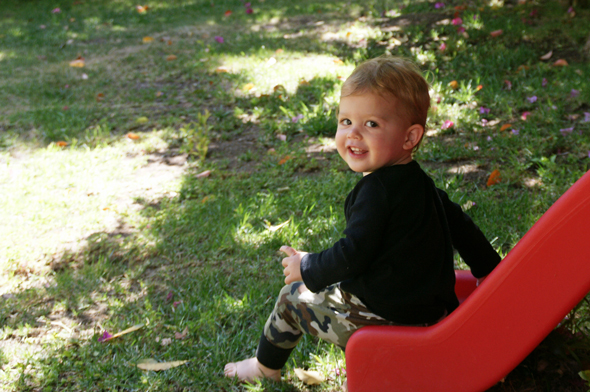 Lenny and Lisa hosted ten adults and five children for dinner, including Lenny's parents, his sister's family, and several friends. 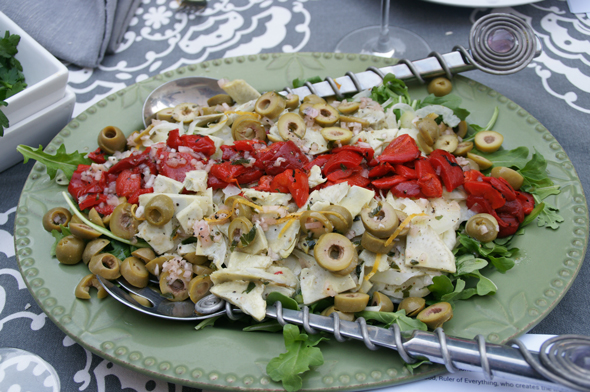 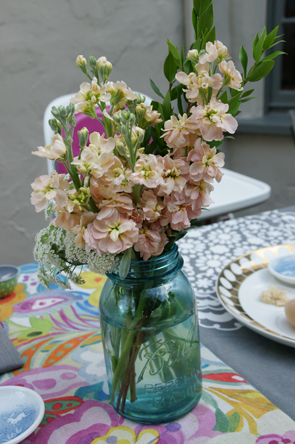 Two long tables placed on the patio in the back garden. Lisa arranged all the flowers. 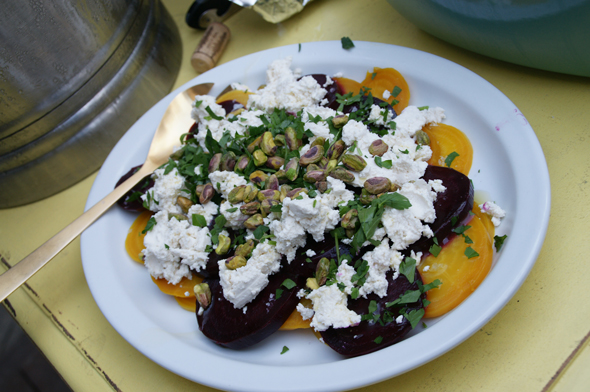 Lisa roasted beets, drizzled with olive oil and topped with vegan ricotta and pistachios. This was my favorite dish of the night. The "cheese" is made of almonds in Hayward, California by Kite-Hill. It is delicious. 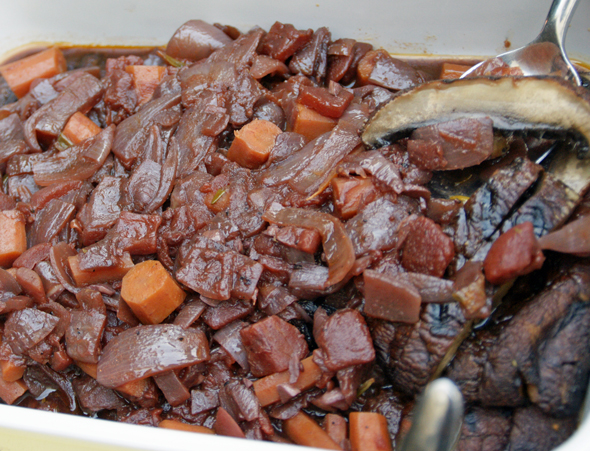 Our Clever Girl used the sauce from my beef brisket recipe, but instead of beef, used grilled/roasted sliced portabella mushrooms. (She also substituted tomato sauce for the orange juice in my recipe to reduce the sweetness - and added carrots.) It was served over mashed potatoes. No one missed the meat. 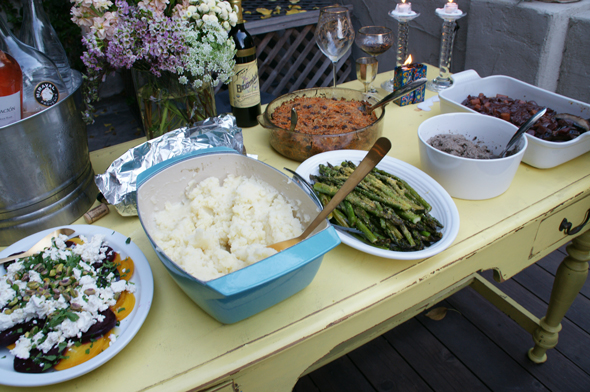 We also had roasted asparagus, sweet potato kugel and mock chicken liver pate. The pate, made by Lisa's friend, Erin, was especially flavorful and I would love to make this as I really really really really do not like chicken liver, but loved this dish. Erin said black sea salt is her secret ingredient. Not a secret any longer, Erin. 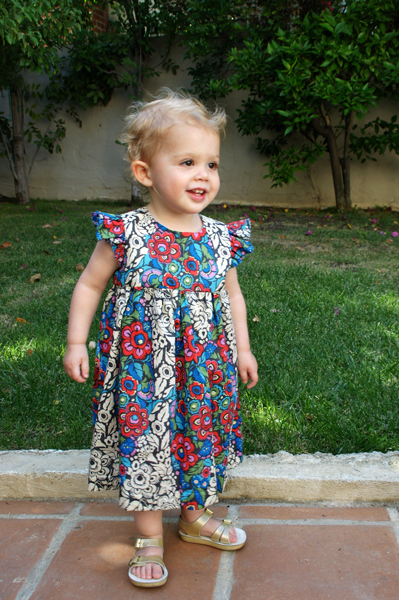 Lisa has an amazing group of friends. Another friend, Marya, sewed the dress Lucy wore to the Seder tonight. 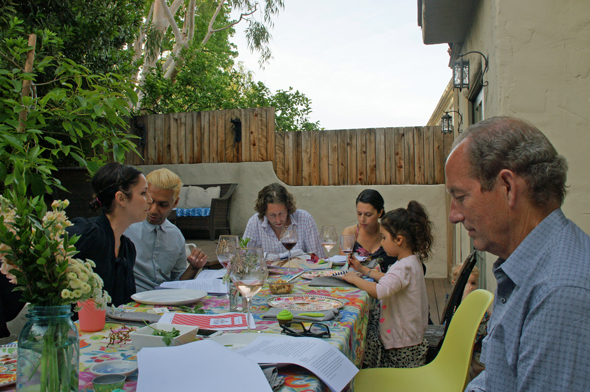 Due to the five toddlers present, the Seder was relatively short. Lisa and Lenny compiled their own Haggadah for tonight's ceremony.

After prayers were said and sung, the meal was eaten and the guests went home, Leo crawled into this jammies and declared this his Best Passover Ever. 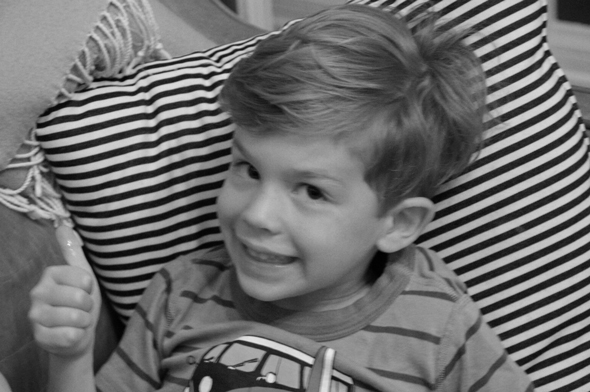 Until my next update, I remain, your well-fed correspondent.

You May Also Like:
That time I made Lasagna with Matzo
2013: Passover in Portland
2012: None of Us are Free
2011: Semi-Seder in a Wind Storm
My Matzo Ball recipe