Indio, California:  Though it has finally stopped raining and the temperatures are finally rising into the 70's during the day, there just isn't a lot to write about. My Poor Driver is barely getting around. He needs only a cane (no crutches), but his movement is fairly restricted. Just a few steps at a time. Luckily he can find a parking spot a few steps from the doctor office and a few steps from Tacos Gonzalez - his most-frequented establishments this past week.

There are three positive things to report about Dave's knee injury. 1) The swelling has gone down considerably, so a MRI has been scheduled for February 1st. Finally, he will learn how much the knee has been damaged. 2) Dave can't run. He can't bike. He can't walk. He can't golf. But My Athlete has learned he can drag his lower body across the swimming pool! Though bystanders insist on throwing-in a life ring (assuming he is flailing), Dave can get a pretty decent aerobic workout swimming (without kicking his legs). It is impossible to keep a life-long exerciser from moving around. He will always find a way. 3) The injury is on his left leg; Dave can still drive.

Which is how we found ourselves in Los Angeles this weekend. 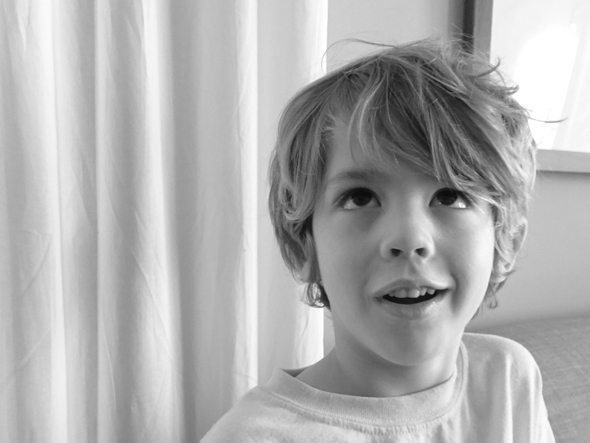 To visit Mr. "I'm not getting a haircut" Leo. 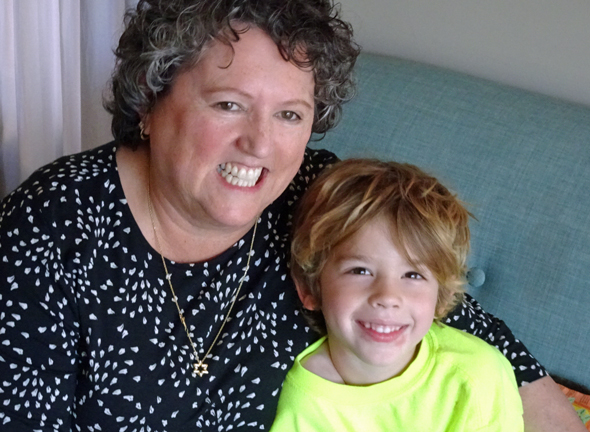 We celebrated Lunar (Chinese) New Year with the kids. Lucy and I sang Lunar New Year songs (in Chinese, of course) and Lisa prepared a gourmet three-course Taiwanese meal. I brought mangos and sticky rice for dessert.

Sunday, Lisa made decadent raspberry scones for breakfast. She used this recipe, but did not add the sugary topping. 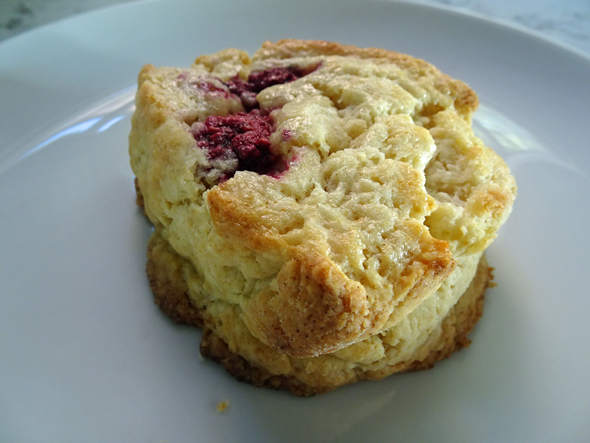 Leo and Lucy wanted to ride their bikes/scooters after breakfast, so we suited them up in their protective gear and they rode up and down the neighborhood sidewalks. It was 76 degrees in Los Angeles today! 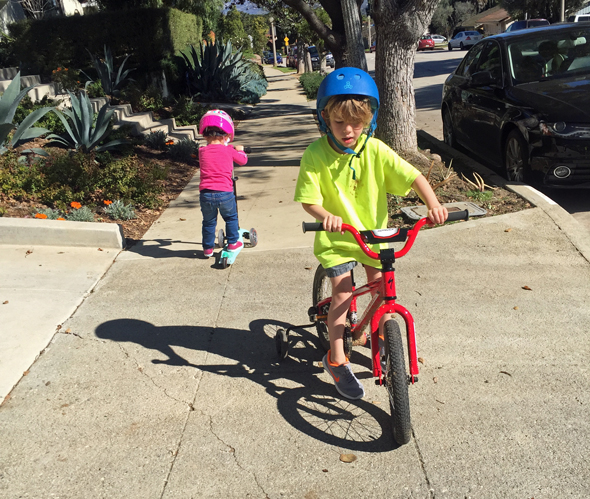 Leo rode well ahead of Lucy and I; DT (and his cane) remained on the front steps of the house. At one point, Sweet Lucy looked back towards the house and saw Dave, sitting alone. She made the most heartbroken face, pouting her lower lip and declared: Bubba is alone! I am going to give him a hug. Then Lucy raced up the street - abandoning me and her scooter - and jumped into his arms. It was the sweetest thing I have seen in quite a while and was very impressed in the compassion a two year old could have for her poor injured Bubba. 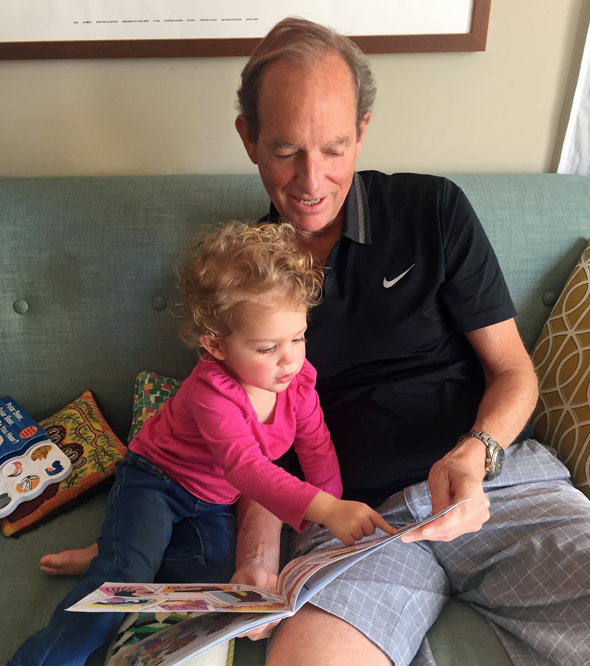 We drove back to Indio this evening, and are hoping for a few relaxing days of warm weather and good news from the MRI.

Until my next update, I remain, your Gong Shi Fat Tsai correspondent.