Indio, California: Back in the day, in the 70's, after their freshman year in the dorms, Dave and Red rented an apartment just off-campus at the University of Oregon in Eugene. They resided in the apartment for three years, until they both graduated. It was not a castle. It was small and moldy, but they had a marvelously fun life there and I spent much of my time there as well. The apartment building was very small, but it gathered a most interesting group of tenants. Maybe we were all interesting in the 1970's. Maybe we thought we were all interesting in the 1970's. We were idealistic. We were going to change the world.

This was a very exciting time for me, coming from a small town in Oregon. I graduated from a public high school where girls were not allowed to wear pants to school. Once a year, our school celebrated "jeans day" so all students could wear their Levi 501s to school. (Even boys were not allowed to wear jeans to school.) I was on the track team, but could not race longer than a half mile because girls could not possibly run longer than two laps. What if we were menstruating!? Needless to say, my high school did not have a girls cross country team. I must have looked like a deer caught in the headlights my first year or two in Eugene.

I took a job at the daily college newspaper, and that position opened my eyes to the world beyond Oregon. Beyond the United States. Often we would remain at the newspaper office late into the evening/early into the morning, waiting for the ding-ding-ding of the AP wire to report on Nixon resigning. The fall of Saigon. Sports scores. Apartheid news from South Africa. The latest on Cesar Chavez and his fight for the farmworker. Roots aired on television. Jimmy Carter was elected President.

I was wearing jeans. I was not wearing a bra.

Dave and Red's apartment building was filled with women, mostly sharing with another female roommate. We all became fast friends. Doors were open between apartments. We shared recipes. Meals. We gathered to watch a new television program, Saturday Night Live. We drank cheap beer and even cheaper wine. We discussed important issues of the day. We laughed.

The women in this small complex became successful. They lead full lives, travel, celebrate and are very active. Doctor. Psychologist. Professor. Biologist. Designer. RV Blogger. We are mothers. We are grandmothers.

We are still in touch!

Several of the women told me they were going to march in Washington today. I would be unable to join them, but I found a local march (just a little smaller than the Women's March in DC) and spent the morning in solidarity with my sisters.

I drove to Palm Spring this morning, found a place to park, and walked to a pretty town square. It was a sea of pink - and the sea was not 100% women. There was a 50/50 split of the sexes and I would guess my age (middle) was the average age group represented. Women. Children. Priests. Men. Dogs. I would estimate 1200-1500 people attended the Palm Springs march.

Photos of the rally: 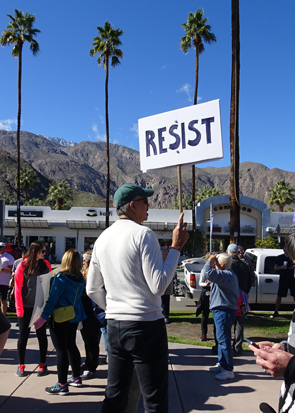 Lisa, Lenny, Leo and Lucy (and many friends) marched in Los Angeles with 500,000+ others. The crowds were so large, the LA metro system could not handle the masses. There was not a piece of poster board to purchase in LA this weekend. And, just try to find a pink tee shirt. There was not one arrest during the march. 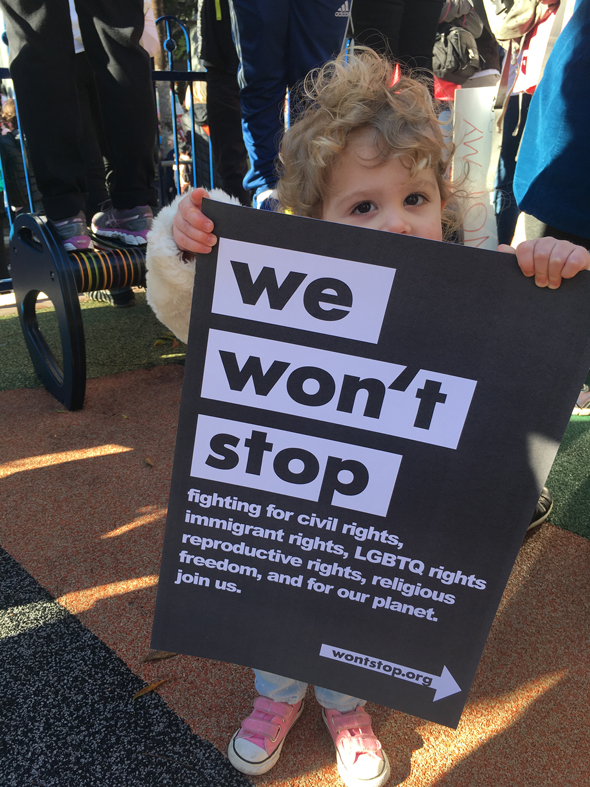 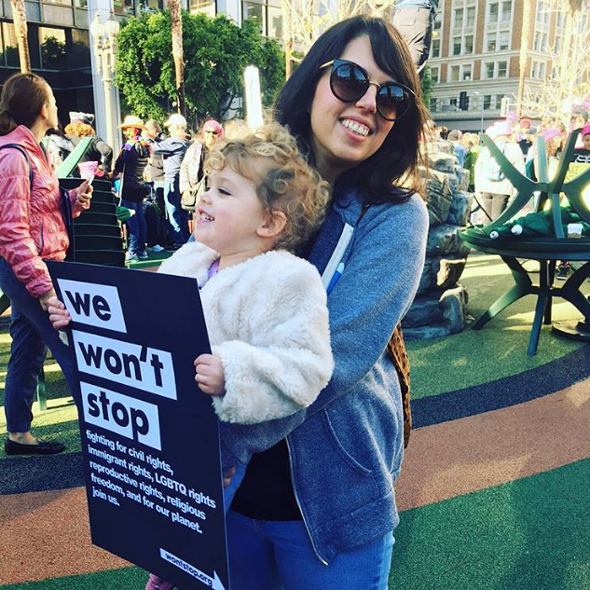 Cutest Activist with her Pretty Momma 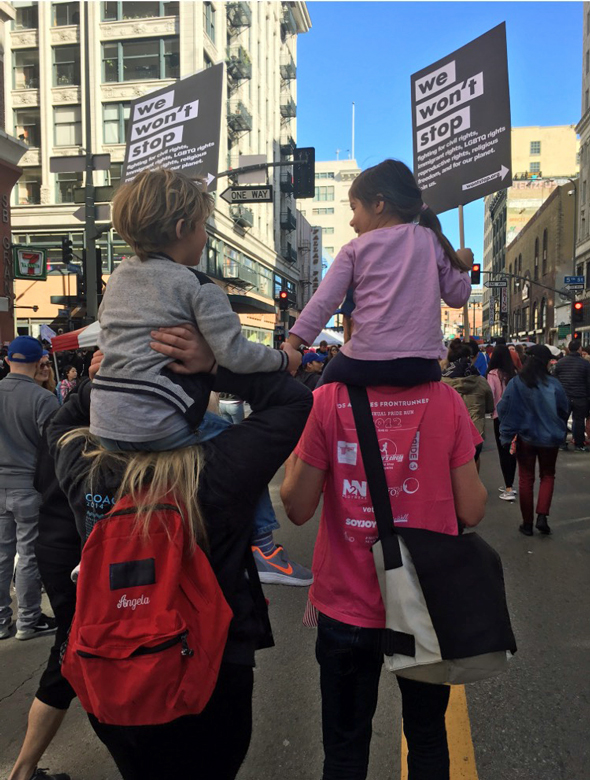 Where was Red's roommate? Where was DT? Why was I marching alone? I am most sorry to report My Driver remained in our motorhome this afternoon. After just recovering from a pinched nerve, after just beginning to jog again after a several-month hiatus due to his back injury (and getting stuck in Portland due to a snow storm), Dave has injured his left knee. A "blow-out" as they say. As soon as the swelling goes down, he will have a MRI. Until then, it is ice, ice and more ice - and crutches or a cane. Dave is never sick. Dave is never hurt. These back-to-back injuries have thrown him into a sorry state. The Man Who Can't Do Nothing is really going through his stack of winter reading material.

The least I could do, after returning to Indio from Palm Springs, was cook him a delicious dinner. 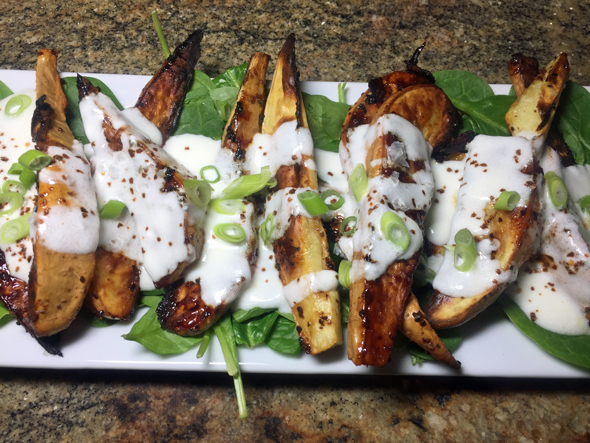 Until my next update, I remain, your marched correspondent.