Indio, California:  This is the way my mind works: I see a recipe for Sesame-Encrusted Fish in The New York Times. Sounds good, but I read through the comments and notice people are having a difficult time getting the seeds to actually adhere to the fish. Noted. We are in Los Angeles and I discuss the fish recipe with Lisa. Lisa says she has made a similar dish with tofu. Hmmm! Then I recall there is a new sooper-dooper firm/high-protein tofu in the grocer (that doesn't need pressing!!!) and then I start to Google Sesame-Encrusted Tofu recipes on the internet and, well, that's how my brain works.

I found several versions of a recipe, originally from a Mayo Clinic Cookbook no longer in publication. Also included is a recipe for nuoc cham, a very traditional Vietnamese spicy-salty-sweet dipping sauce. The combo sounded delicious. 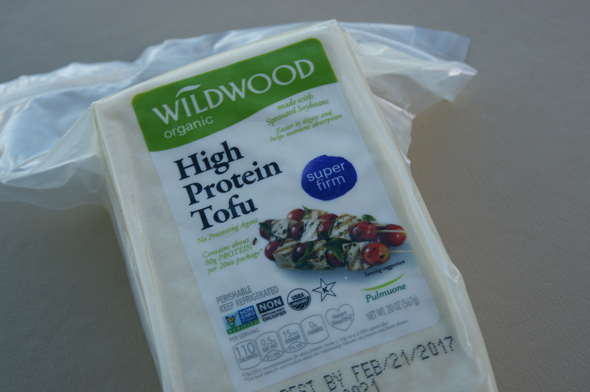 This block of Wildwood Organic High Protein Tofu was very easy to use. No need to press the tofu to remove excess water. Usually tofu has 8g protein per serving; this version has 14g. It sliced well and did not fall apart. Because it has less liquid, there was very little "splatter" in the wok.

The recipe I used, Sesame Crusted Tofu, (from here) called for dipping tofu slices in beaten egg, then rolling the tofu in a mixture of panko bread crumbs, sesame seeds, black sesame seeds and salt. Then the coated tofu slices are fried in vegetable oil and served with the nouc cham dipping sauce.

I made the nouc cham early in the afternoon. Five ingredients - sugar, lime juice, fish sauce, sliced chilies and garlic.

Thai Kitchen brand is available nation-wide. I need a brand that use anchovies in their fish sauce (instead of shrimp), which is very important if you 1) don't eat non-Kosher animals or 2) allergic to shellfish or 3) both. Thai Kitchen brand is owned by McCormick. Anyway... nouc cham is just lovely. The sauce can be as spicy as you prefer, as garlicky as you prefer, etc. Remove the seeds if you want little heat, add more chilies if you want more. As you can see from the photo below, no seeds were removed in my version. I used one green Serrano chilie and three large cloves of garlic. 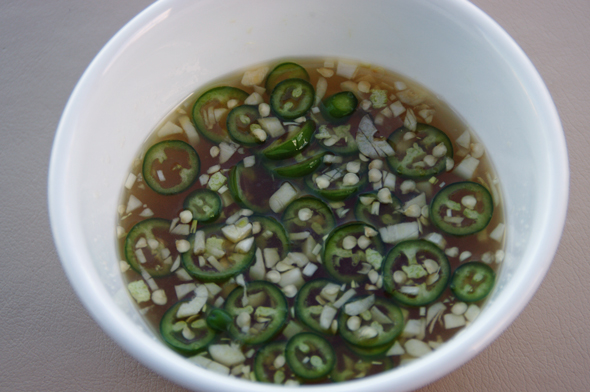 The only variation I made to the recipe was to double the panko and sesame seed mixture. It just didn't seem like enough to me and it wasn't. Doubled, the mixture generously coated 16 ounces of sliced tofu. 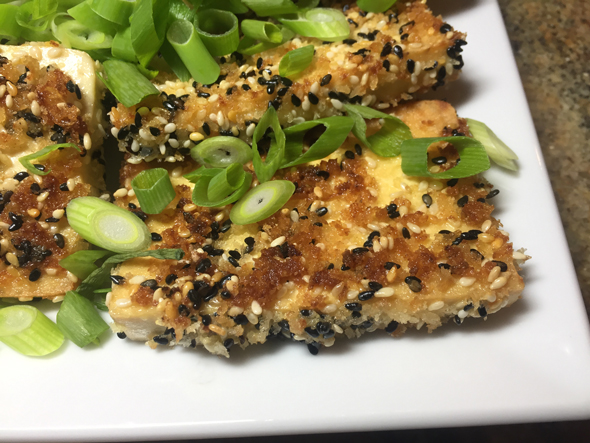 Slivered green onions served as a garnish and also a lovely accompaniment to the dish. 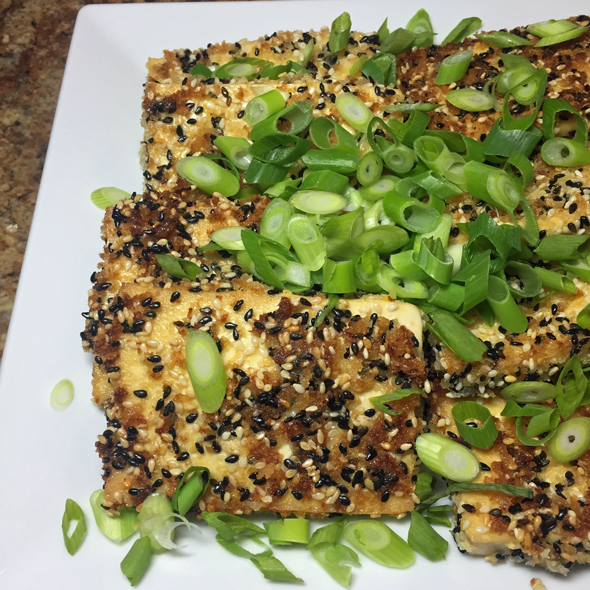 The tofu slices and dipping sauce were served with steamed Jasmine rice and a quick stir fry of baby bok choy and red bell pepper in a sesame-ginger sauce. 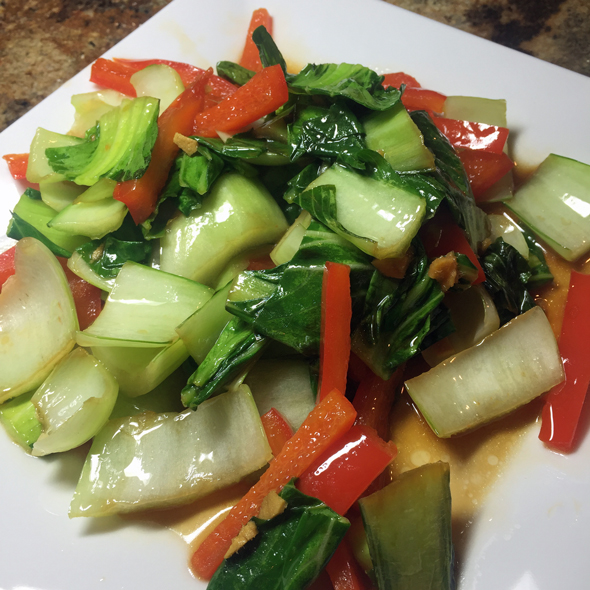 We enjoyed our meal and have enough for lunch tomorrow. As much as we relished the crispy tofu for dinner, I can't wait to prepare this recipe in bite-sized cubes (on a cute bamboo pick!) for an appetizer. I see no reason this recipe can't be made ahead, refrigerated and reheated in the oven. Plus, it is so pretty.

Speaking of pretty... in 1976 (circa) Jared Leto made a movie in Eugene, Oregon about famed Duck runner, Steve Prefontaine. The movie, amazingly enough, was called Prefontaine. My memory is fuzzy, but I think Dave, Lisa and I went to Eugene with several other families for a track meet (?) and somehow were all invited to Bill Dellinger's house (Dellinger was Dave - and Prefontaine's college coach) after the meet.

Jared Leto was at the house. Hanging out? Talking to Bill about Steve Prefontaine? Leto heard I was coming over? At this time, Leto was a huge teen heartthrob, starring in a television series, My So Called Life (Jordan Catalano!) with Claire Danes. Lisa adored him. 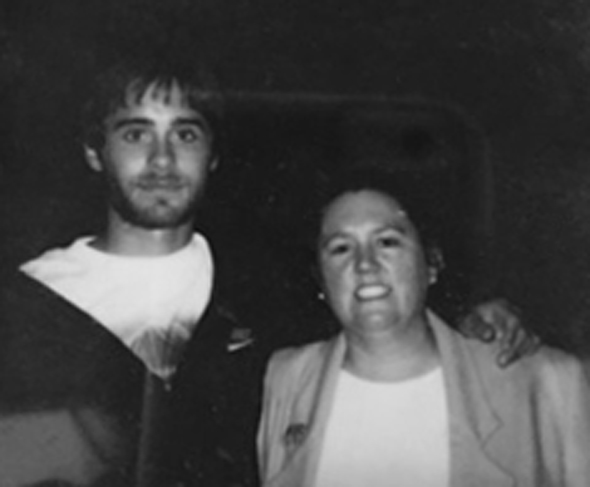 Jared Leto and me

Lisa found this photo the other day at her house. It will be scanned before it fades away completely... like my memory of the day 20+ years ago.

Until my next update, I remain, your so-called correspondent.