In one week, our contractor has completely gutted a bathroom, had the plumbing moved around, had it inspected and has installed the new sub-flooring. I'd say things are moving right along. 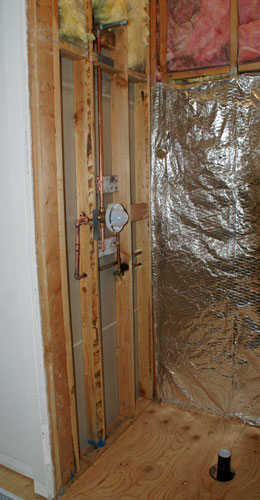 The plumber did not like the way the old copper pipes were installed in the shower, so reconfigured that whole situation and raised the shower head. The shower stall was the only place we found a "surprise" during demolition: the wall behind the shower is concrete (part of the foundation) and there was a bit of a vent pipe extending into the shower stall area. The pipe was previously hidden inside the bench seat of the old fiberglass shower stall.... so we will have to hide it again with a little corner bench. The shower walls will be tiled with 12x12-inch Carrera marble, and the base will be tiled with 2x2-inch Carrera marble.

Considering what could have been discovered behind the walls of an 17+ year old bathroom that hasn't been used since 1999, I am considering this a minor inconvenience and considering ourselves very lucky. 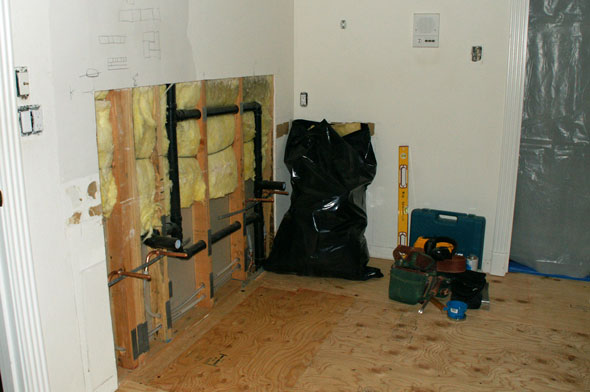 The old vanity had one sink; the new vanity has two, so the plumber added another set of pipes. In this photo, it is easy to see the new flooring added by our contractor. 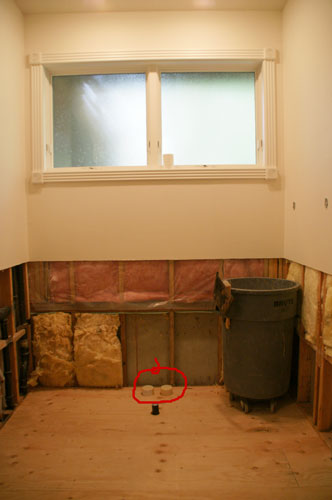 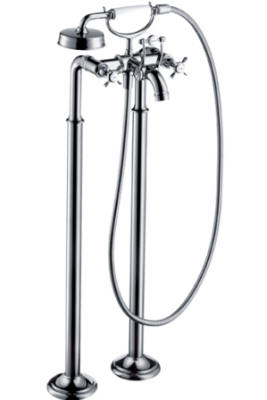 And the tub fill does not match the faucets I have chosen for the sink. It does not match the towel bars. Nor the sconce lights. Nothing is exactly matching in this remodel. I am using the old towel bars and tissue holders. (The new sink and shower faucets DO match, by the way - but, in my little brain, everything does not need to match exactly. Everything is chrome. Everything goes well together. I just like to mix it up a little. In the end, if you turn the faucet and water comes out - it's all good.) And, did I mention the bathroom is 14x10? Things are too far apart for anyone to even notice!

If only I could decide on a wall paint color.

Have you missed my adorable grandson, Little Leo? I sure do. 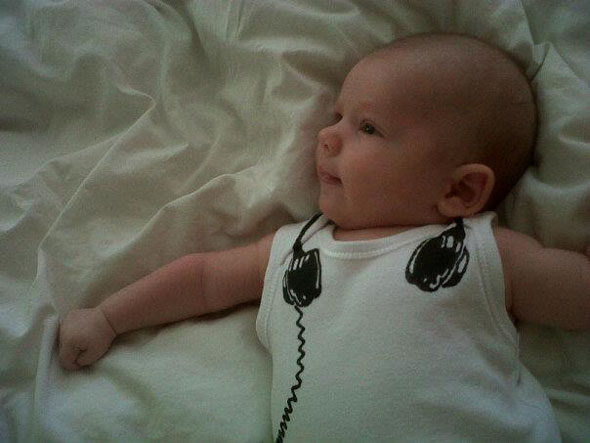 Lisa's girlfriend hand painted this shirt for Leo. So talented! Leo is such a hipster L.A. baby! Leo attended his first Rosh Hashanah service this week. (I didn't say he was awake; I said he attended.)

Until my next update, I remain, your hard hat correspondent.
« Our Rosh Hashanah Table Bill Dellinger Invitational »