The Duck football team did not play this weekend. Instead the Ducks are to be featured on ESPN's Thursday night game October 6th - in Eugene v the Cal Bears. You would think since the football team had a bye weekend, we would not go to Eugene.

We drove (2 hours south) to Eugene early this morning.

It's cross country season and today was the 6th Annual Bill Dellinger Invitational. Dellinger has held every US distance record, is an Olympian and was the track coach at the University of Oregon for 25 years. (Dellinger was DT's college coach.) 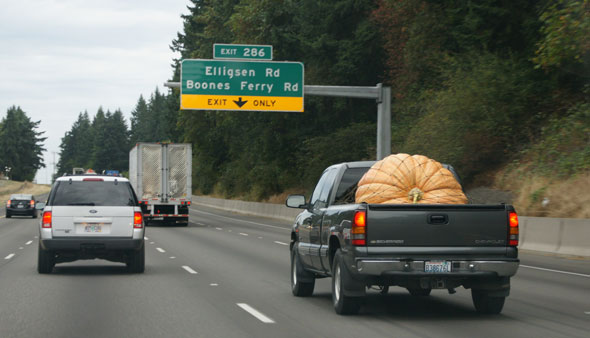 We passed this humungous pumpkin on I-5. We later learned this massive squash was on the way to a "Giant Pumpkin Weigh-Off" at the outlet mall in Woodburn, Oregon. 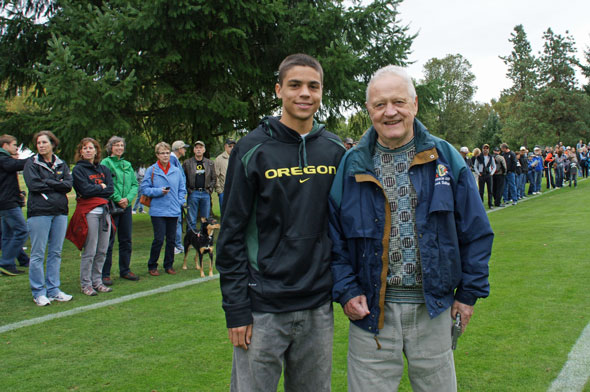 Bill Dellinger is now 77 years old. He shows up to fire the starting gun at the invitational, held on the Springfield Country Club golf course, just outside of Eugene, Oregon. This year Coach Dellinger was aided by his godson, Matthew Centrowitz - fresh off his bronze medal race at the World Championships!

Unfortunately for the Ducks, Matthew has used his four years of cross country eligibility, but he was here to cheer for his team. Bill and Matthew posed for many photographers today. It was great to see Young Matt. I may have baked an organic apple pie for him. 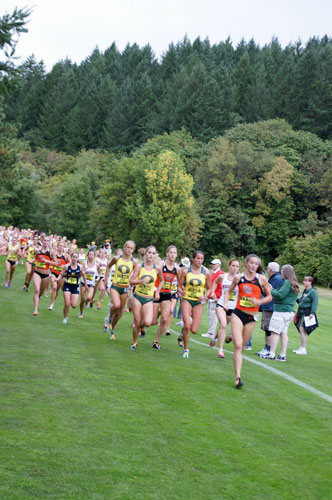 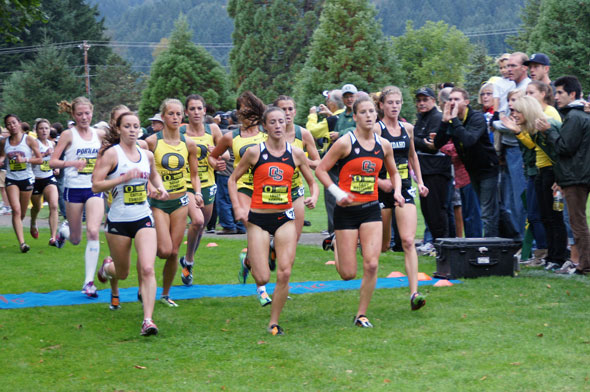 I thought you might be interested in the new technology used these days in cross country races. The runners tie a timing chip into their shoe laces. Several places on the course, racers cross these blue strips that read their chips. This ensures every athlete completes the entire circuit, records their times and makes things much more organized at the finish line.

After crossing the finish line, the runners only have to remove the chip from their shoe. The results are instantly recorded when they cross the finish line! Easy and organized. The Duck women won the event this afternoon! Go Ducks! 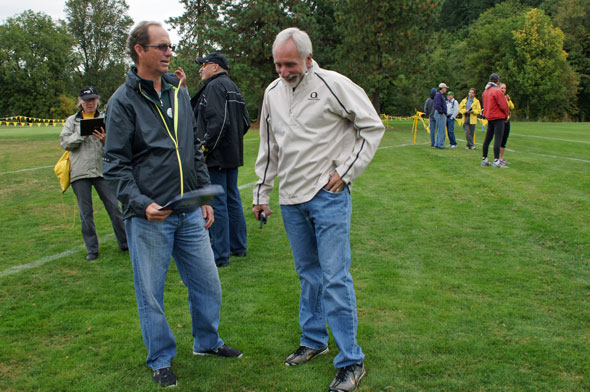 Wonder what they were talking about?

Between races, DT had a chat with his good friend, Oregon track coach Vin Lananna. Vin is very excited about the cross country season. Oregon has recruited Lukas Verzbicas - (the kid has his own wiki page) a huge addition to the Duck roster. Verzbicas, was born in Lithuania and moved the US as a child. Lukas had an amazing high school career in Illinois (he is one of only 5 Americans to run under four minutes in a mile while in high school) and (in his spare time) set a world junior record in the triathlon a few weeks ago! Can you say over-achiever? I can't wait to watch Verzbicas over the next four years at the University of Oregon.

Verzbicas did not race today. Vin had several athletes take the day off. Wisconsin sent a team and they are rated #2 in the country pre-season. Wisconsin looked fantastic today.

This many young men running down a golf course fairway sound like a herd of horses. 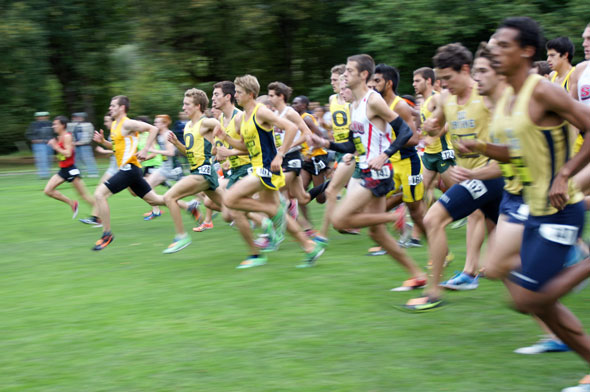 These guys are serious.

It was a great race (though it did rain just a bit), but no team had an answer for Wisconsin. The Badgers ruled today. Oregon men were second.

After the races, we turned the Honda around and headed back up I-5. A long way to drive for two races, but it is always good to support your team and always fun to watch the purest form of The One True Sport. 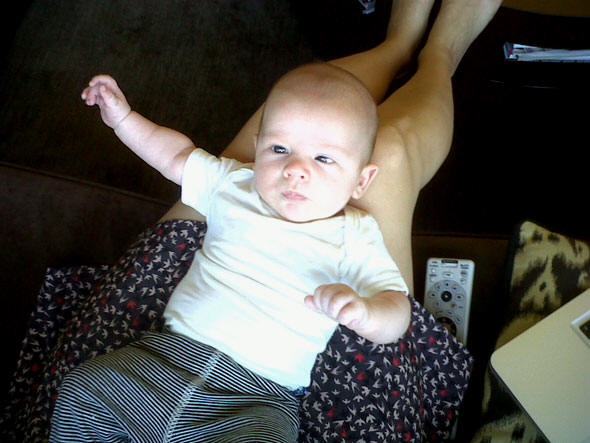 Sorry... couldn't help but slip-in one photo of the cutest baby in the world.

Until my next update, I remain, your GO DUCKS correspondent.
« Week One Update Random Photos »