Paris, France:  Considering neither of us woke before 9:30a - hours after we usually rise - we accomplished quite a bit today and covered many miles. Way too many miles for My Driver, but the steps were broken up with a rest and lots of knee-icing time.

I could write that we walked through the Tuileries Garden from the Louvre to the Arc de Triomphe. This doesn't sound like much more than a leisurely stroll... but it is indeed quite a long walk. The weather was a bit dreary, though quite warm. We had a few sprinkles, but it never did actually rain. 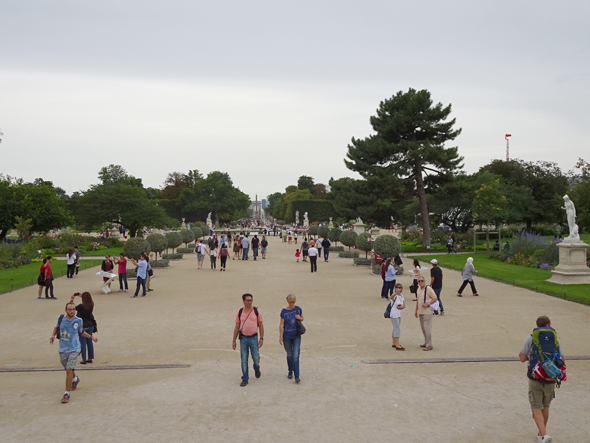 Tuileries Garden, looking from the Louvre Museum to the Arc de Triomphe. 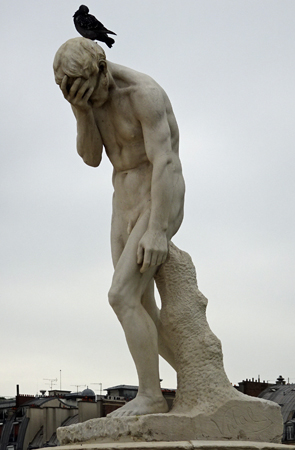 The Obelisk of Luxor sits at the center of the Place de la Concorde. It is over 3000 years old and a gift to France from Muhammad Ali Pasha, Ruler of Egypt in 1833... and why is this bird sitting on my head? 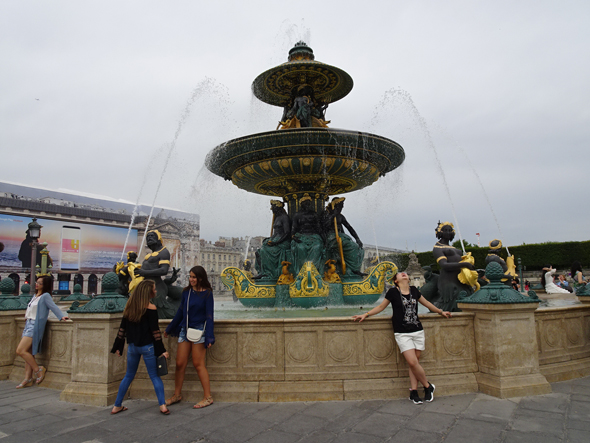 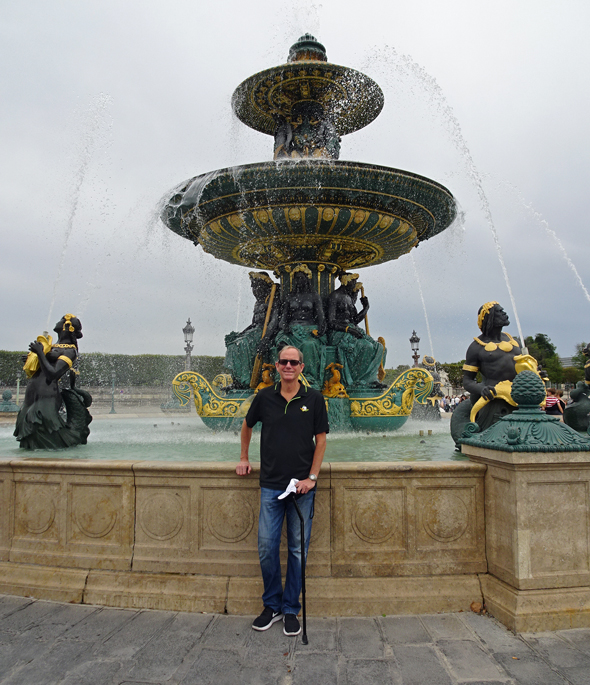 My Driver. Walking, with a walking stick, wearing a knee brace. 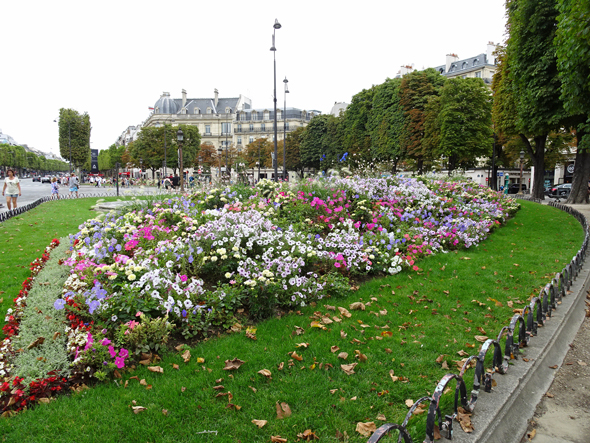 We walked all the way through the Tuileries Garden and entered the most famous street in the world (?) - the Avenue des Champs-Elysees. But, it was now 12:30p and time for lunch... or time for breakfast if you would happen to be people who slept late and did not bother with anything more than in-room coffee. We found a little cafe far off the famous Champs-Elysees and sat down to a very nice lunch. 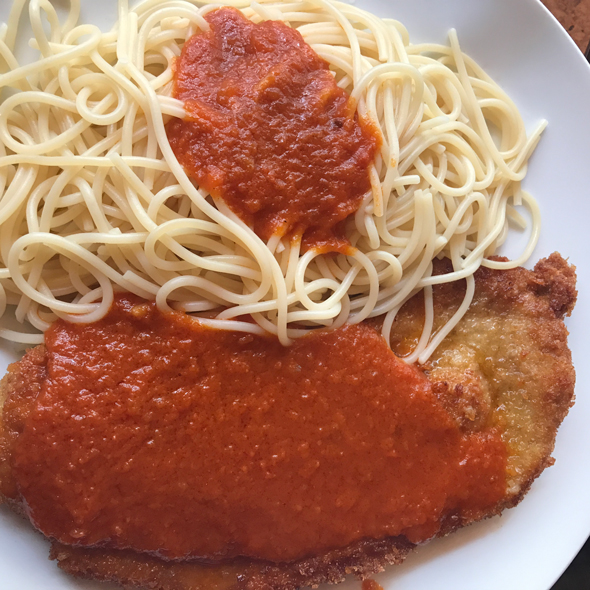 After lunch, we continued walking down the Champs-Elysees until we reached the Arc de Triomphe, popping into a few shops along the way. 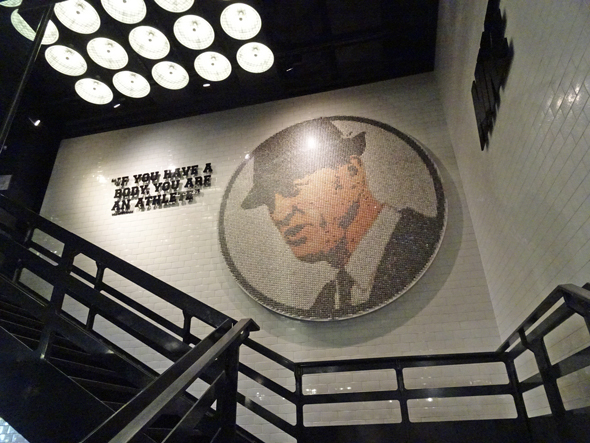 NIKE Town Paris: If you have a body, you are an athlete - Bill Bowerman

Not going to lie... it is pretty cool to see the iconic track coach from your university - his face made of mosaic tile - on the Champs-Elysees. 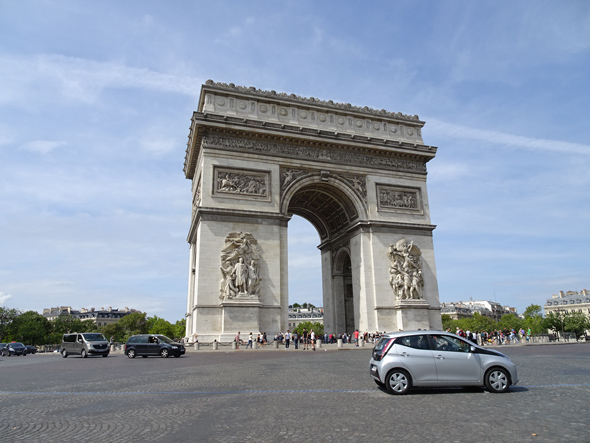 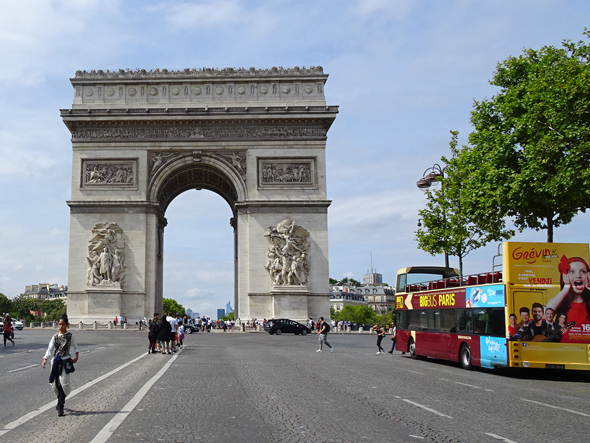 We then began the trudge back to our hotel. Not wanting to repeat our route through the park, we meandered through side streets - passing by the home of the President of France, and the American Embassy and Consulate. The street was heavily (and I mean heavily) fortified with French soldiers with serious hardware and machine guns. 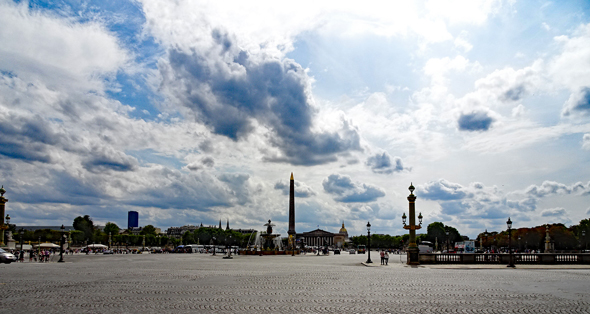 Finally back to our hotel, I procured a bag of ice from the hotel bar so My Poor Husband could ice his swollen knee. While he was icing, I set out to look around The Louvre Museum. We decided to not visit this museum on this trip, due to all the standing/walking that would be required. (Do not worry, we have been to The Louvre twice before.)

Here are a few shots of the museum late on a Tuesday in August: 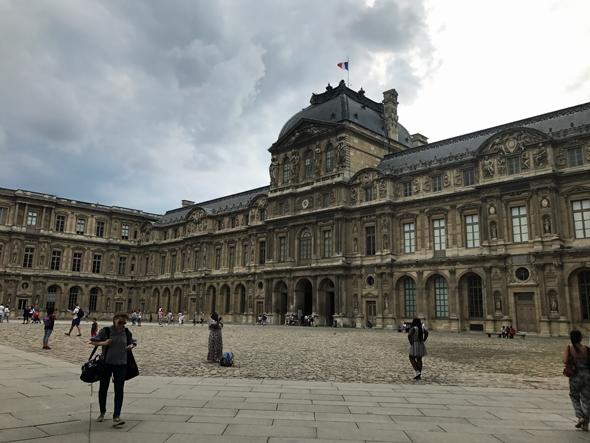 Dang. How much money could I make if I opened a pressure-washing business in Paris? I just want to pressure wash everything, though realize my twenty-year-old $99 machine may need an upgrade. 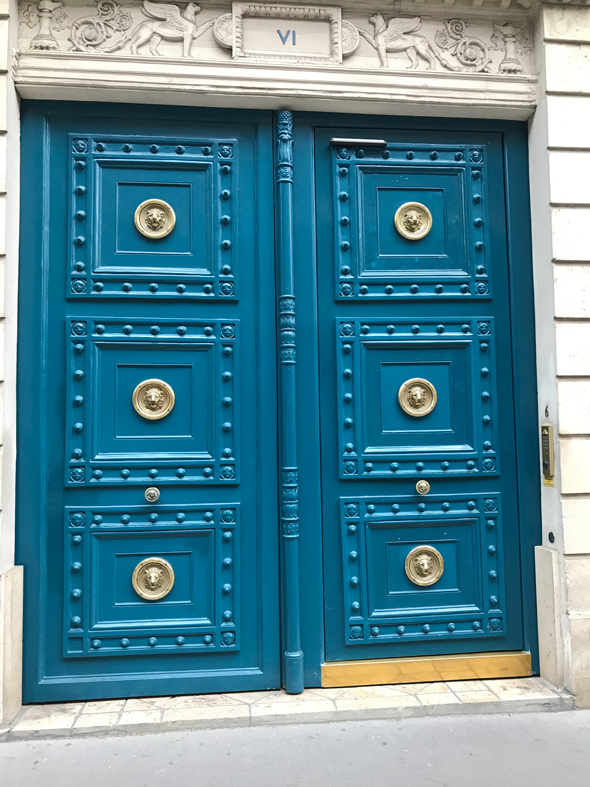 Blue doors on a little side street in Paris

Even later, My Driver rallied and we walked several blocks to a restaurant that was guaranteed to be open in August (many restaurants close in August for holiday). It was closed... so we wandered around and around until we finally stumbled upon a place just around the corner from our hotel. 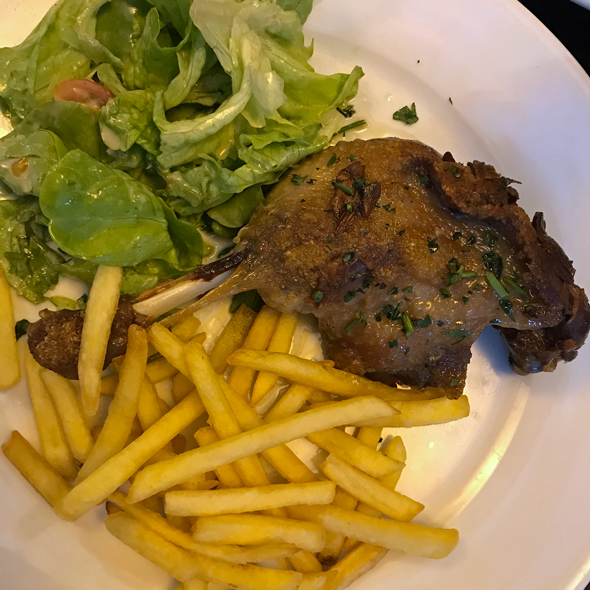 Remember our beautiful grandchildren? We do! We have been video-chatting so often with them this trip and missing them very much. Leo spent a week on the east coast with Lenny's parents. His grandparents took him to New York to see the Lion King on Broadway and on a ferry to see the Statue of Liberty... which led to a discussion of France giving the US the Statue of Liberty. Leo started school in Los Angeles this morning. Kindergarten (again!). We are so proud of Leo and love him so much. You go, Leo! 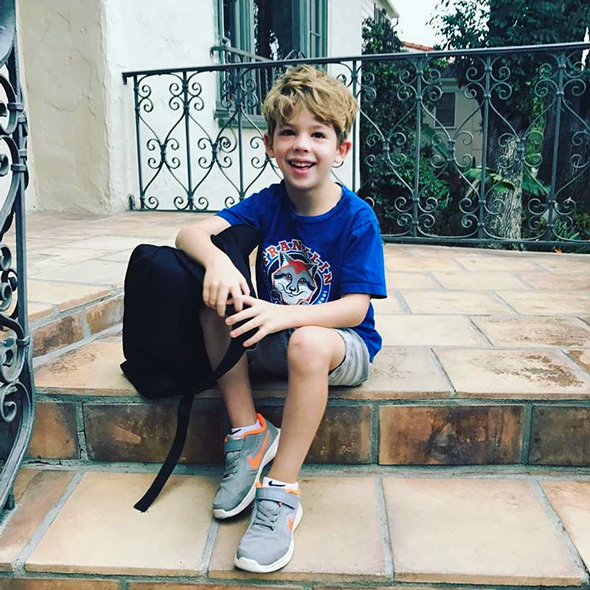 Leo's little sister, Lucy, will be three on Saturday. (Guess where we will be on Saturday?) This photo was taken a few weeks ago at a wedding. (Lisa is also in the photo, in black.) We miss the kids so much and can't wait to get back to Los Angeles to those gorgeous blonde curls, and to celebrate Lucy's birthday. 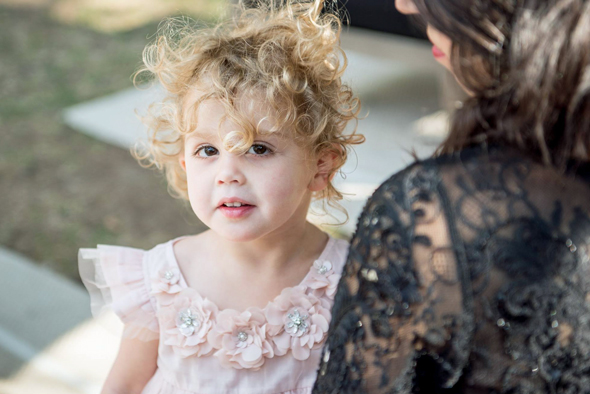 Until my next update, I remain, your 9.14 miles today correspondent.

« She Went to Paris Not Walking Paris »