Sacramento, California:  The weekend schedule is earlier than the past two days at Sacramento State. We were over to the track just after ten o'clock this morning. Though the temperatures only climbed to the high 90s, somehow it seemed so very hot today... probably because we were at the stadium during the day and not the late afternoon/evening?

We caught a few races on the track from our aluminum seats in the bleachers (another reason we were so hot?). 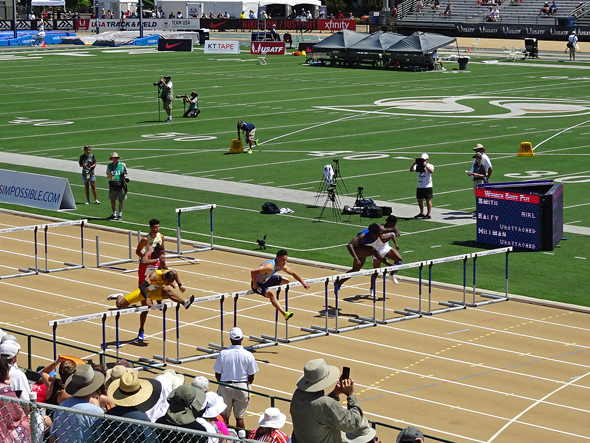 Duck 110m hurdler, Olympian Devon Allen (he used to play football for the Ducks and graduated last week from the University of Oregon), qualified for the final. Current world record holder, Aries Merritt, also advanced. The final will be smoking. 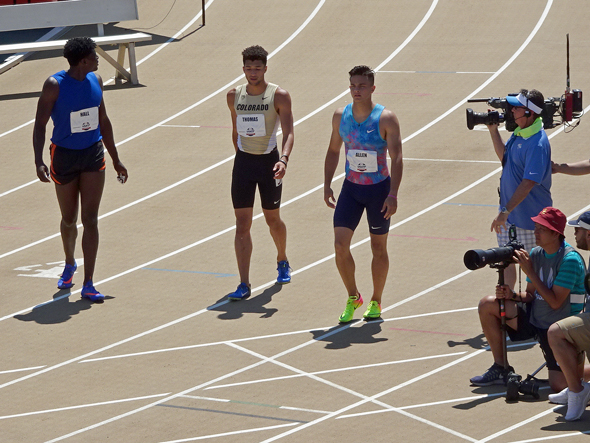 Devon, far right, after his race.

After the high hurdle heats, Dave and I left the stadium, met-up with Brother Steve, and walked about a block behind the arena to a field housing the javelin and a warm-up area for athletes. Our old friend, Duck alum (and two-time Olympian) Cyrus Hostetler, was competing in the javelin. 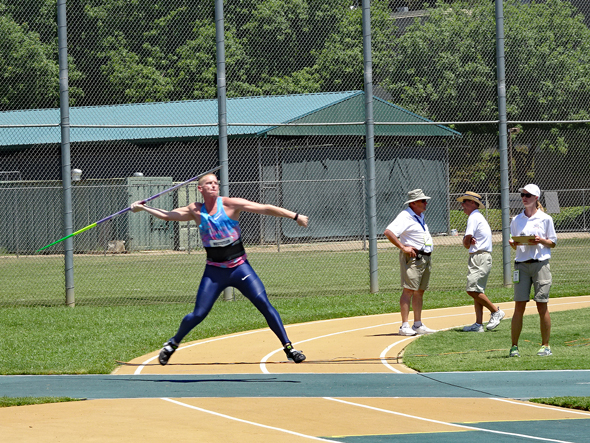 Hostetler threw a monster in the first round, continued into the final round and finished in second place today behind Riley Dolezal. Go, Cyrus! 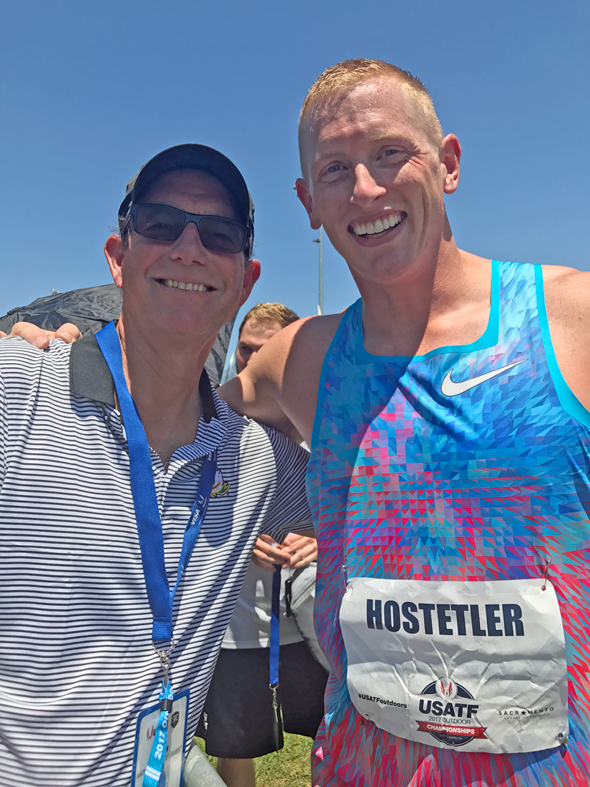 Cyrus posed with his biggest fan.

More Duck alums made the US team for London this afternoon: Matthew Centrowitz finished second in the 1500m final. Another alum, Phyllis Francis, will represent the US in the 400m (and no doubt be used in the relay pool).

Though this meet lasts only four days, with the terrible heat it seems we have been in Sacramento for weeks. Tomorrow is the last day. The entire team will be chosen, and members will have five-plus weeks to train and prepare for the world championships to be held in the Olympic Stadium in London.

After the events finished this afternoon, Dave and I were able to rest for a bit in our air conditioned motorhome, then go out for a lovely meal in Sacramento. A very nice treat in the midst of all the sweat and fret.

NOTE TO READERS: The meet will be aired on NBC Sunday (tomorrow) afternoon. Check your local listings.

Until my next update, I remain, your track and field correspondent.