Eugene, Oregon: Another great day of track & field at Historic Hayward Field on the University of Oregon campus. They don't call Eugene "Track Town USA" for nothing. I started my morning by taking My Driver to a golf course for a very early round (he joined me later at the track) and driving our niece to spend a week with my parents (her grandparents, duh). Our daughter drove back to Portland. Confused much?

I was over at the track to watch the second day of the USA National Track & Field Championships. I was keen to watch Oregon's Ashton Eaton compete in the second half of the decathlon. All was well until the pole vault. Not his best event, Ashton only cleared the first height! Potential disaster. 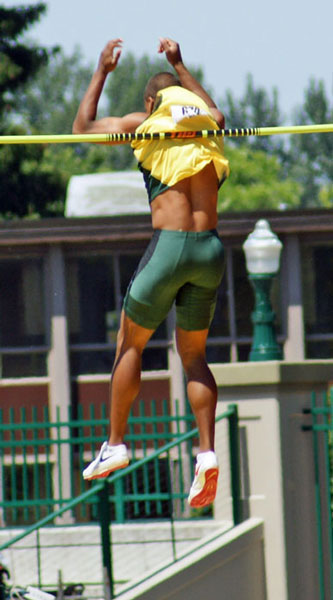 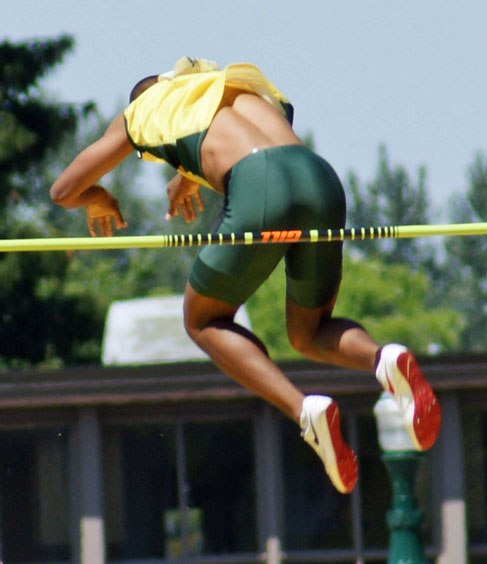 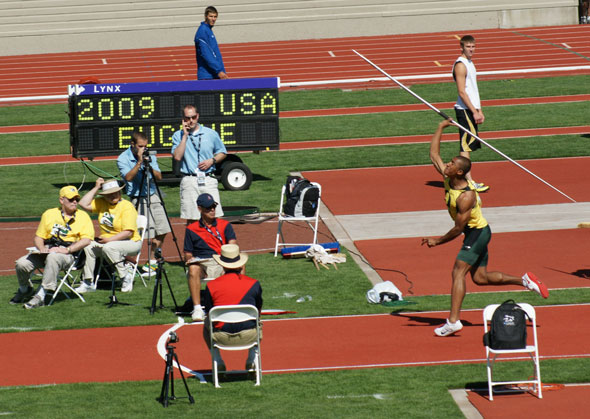 Ashton Eaton competes in the javelin

Ashton Eaton had a good javelin throw, a fabulous 1500m and finally finished second in the decathlon. He will represent the USA in Berlin!

Trey Hardee won the decathlon - but seriously cramped after the 1500m. Ouch.

Our man Dustin Emrani raced again today in the 800m semi-finals. Unfortunately, he did not finish well enough to run in the final Sunday. 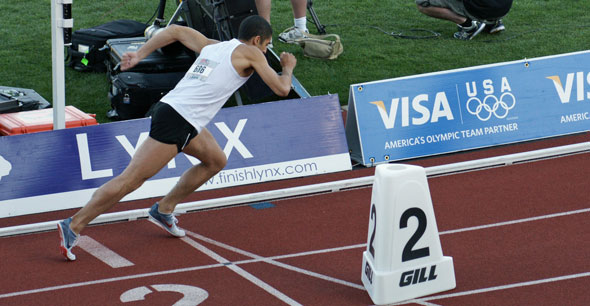 Dustin, at the starting gun

It was very difficult to concentrate on the track events today - we had a serious distraction seated in front of our row: 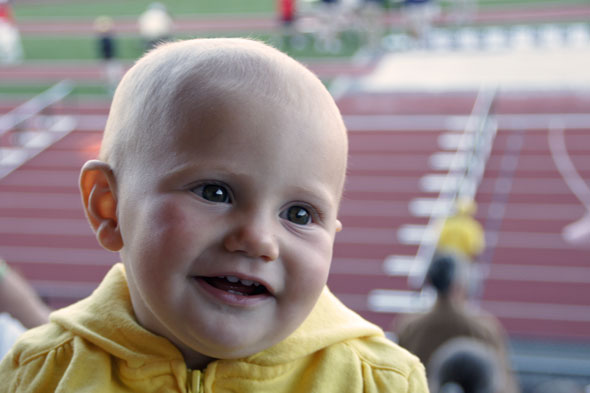 After the meet was over, we all gathered in the meet "festival" area, listened to the music of the Phil Bowerman's, had a brew or two and talked track with our posse. 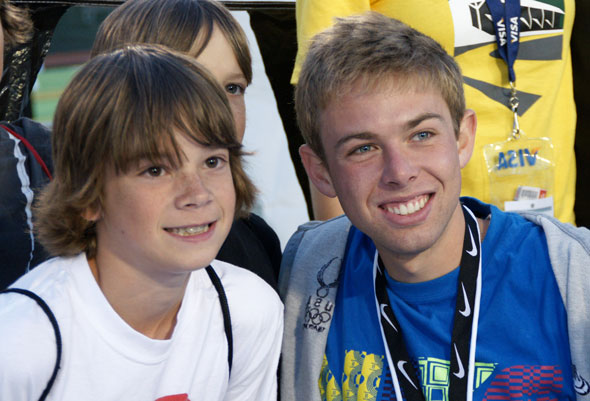 Galen Rupp (right) poses for photos with fans after the meet

Guess what? Tomorrow we do it all again! Until my next update, I remain, your Track Town correspondent.