Eugene, Oregon: Not much to talk about today and only a few photos, so you can get back to your weekend fun instead of looking at photos of runners, throwers and jumpers.

The weather was simply outstanding at Hayward Field for the third day of competition in the USATF National Track & Field Championships. The stands were full and the meet was live for two hours on ESPN. 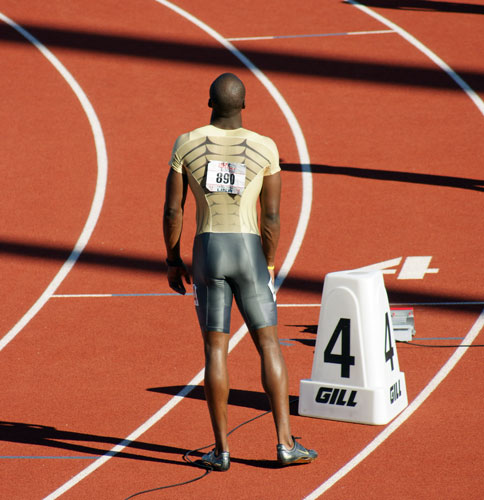 The US is sending another Duck to Berlin - javelin thrower Rachael Yurkovich! She joins distance runner Galen Rupp and decathlete Ashton Eaton. Want to know something really wonderful about the three Ducks? All three are native Oregonians! 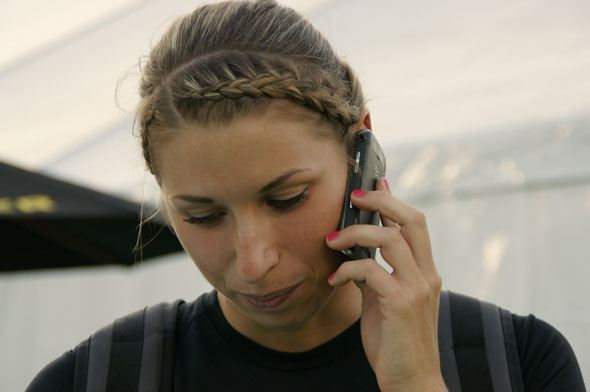 It has been several days without a food photo... and though this is generally a kosher website... tonight after the meet many of the faithful gathered at the Rogue brewery for dinner and a few cocktails. One of the appetizers on the Rogue menu is bacon. Well, of course the bacon is cured from happy pigs on an organic farm in pastoral Oregon... but imagine that... bacon... as an appetizer. (No, I did not sample the bacon... but it certainly smelled divine.) 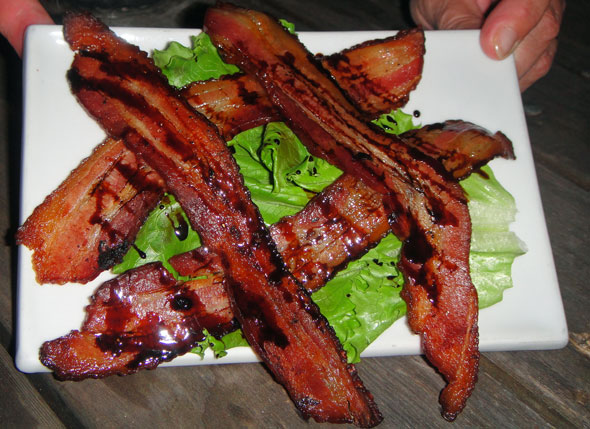 Until my report from the last day of competition, I remain, your Native Oregonian correspondent.