Indio, California: It’s been a very long few weeks here in the old trailer park. The number one story has been the weather. Rain for four days straight. So very unusual for the desert. Hate it, but know SoCal needs the water, so did not complain. Much. One morning we woke to fog – the first time either of us had ever seen fog in the Coachella Valley. 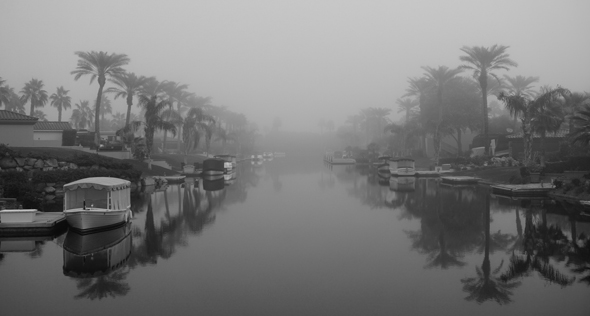 The fog turned our pretty canal into a swampy-looking lake. Only thing missing was an alligator or two.

The rain was also falling in Los Angeles last week, but rain or shine, Lisa, Lenny and the kids were marching in support of their teachers during the week-old strike. (Lucy will begin kindergarten this August, so is already demanding a school nurse, librarian, counselor, and less than 30 kids in her class. I had all of these things when I was in public elementary school, didn’t you?) 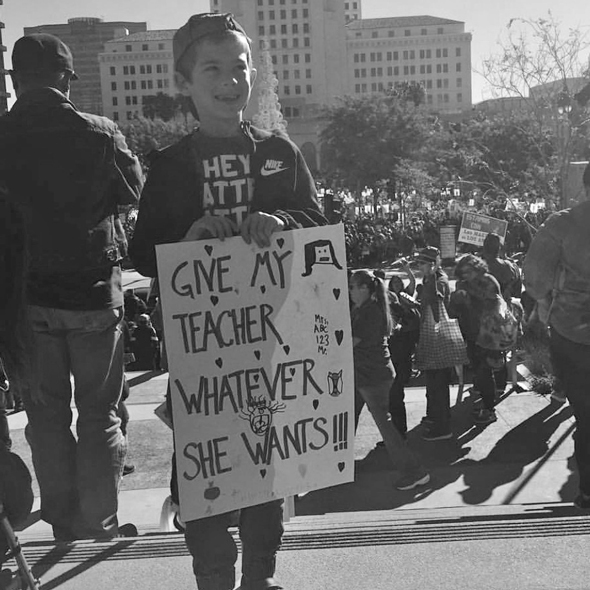 The schools remain open, but less than 25% of students are attending. There is no instruction. No teachers. Just a lot of work-sheet busy-work and movie-watching. This impasse reminds me of another situation in Washington. What if Speaker Pelosi simply gave that 5+ billion dollars to public instruction?

I had a very very very exciting moment on Wednesday (16th), at (of all places) Whole Foods. Who did I run into in the baking aisle? Samin Nosrat of Salt Fat Acid Heat fame! Ms. Nosrat was shopping in a grocery store – like an ordinary person – when she is obviously a Goddess. She was so nice, shook my hand, and we chatted for at least thirty seconds! Guess what she was doing in the desert? Vacationing, just like everyone else.

If you have a chance, catch her 4-part series on Netflix:

The weather broke on Thursday and we finally had sun and my fitbit stopped asking me if I was still alive.

We found the mountaintops covered in snow: 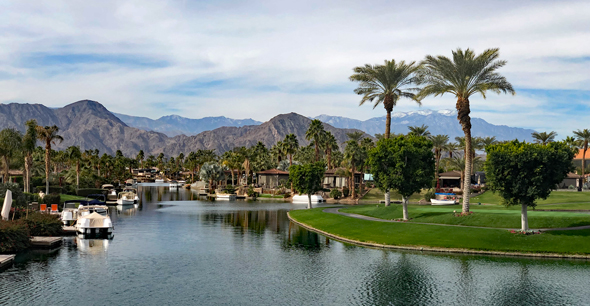 With a three-day weekend (and, seriously, no school anyway), the kids came out for the weekend. We had so much fun – golfing, swimming, biking, eating and just hanging out. Lisa brought a gift from a fancy supermarket in Los Angeles: a Sunion – an onion that has been cross-bred (non GMO) to become America’s first tearless onion. Who knew? 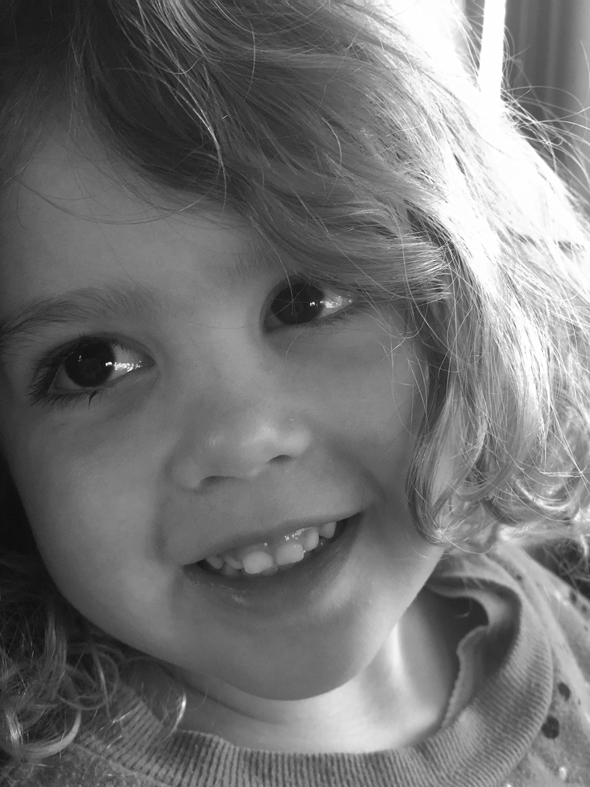 Lucy wanted her photo taken, and Leo asked me to take a photo of his hot-mess waffle situation that he ordered at our clubhouse restaurant – so I could put it on my blog! 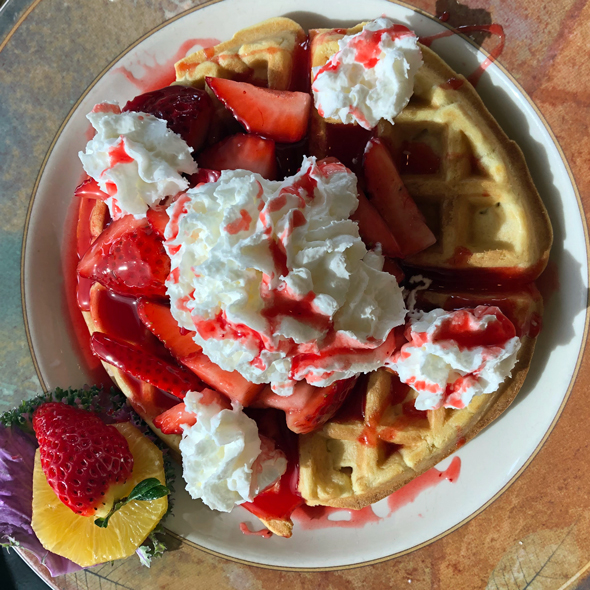 Woody and Kathy are in town, so they stopped by to see the kids. Matt and Marie were in town for their daughter’s lacrosse tournament. They came for dinner Sunday night and we tried to watch the lunar eclipse, but clouds covered our vista of the moon, so we missed the action nearly completely… but we did not miss-out making s’mores at the firepit.

An update from Portland: our contractor is nearly finished with our bathroom remodels and has been updating us daily with photos. 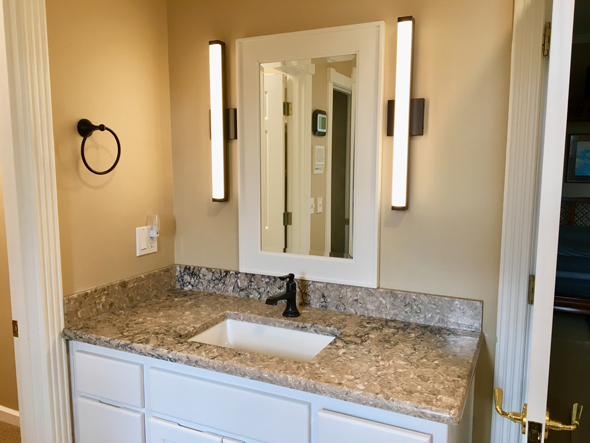 DT’s new sink – mine is identical on the opposite side of the room.

The master bath has new paint, mirrors, lights, countertops, sinks, faucets and towel bars – pictured above. Also new tile floor, shower tile, glass shower door, hardware/faucets, toilet, and carpet in the walk-in closets. The entire project (2 baths and one powder room) should be finished very soon. We should not have waited 25 years to update our bathrooms.

Until my next update, I remain, your updated correspondent.