Las Vegas, Nevada: There was an added little bonus to our visit to Las Vegas this time. We are also in town to meet Cory's boyfriend! Her new beau, Gordon (an attorney from Florida) flew-in to meet Cory's parents (Mary & Steve)... and by default Cory's other two sets of "parents": DT, me, Kathy & Woody. (I must give Gordon credit for not running for the hills.) He even went to the Arizona v UCLA game with us. 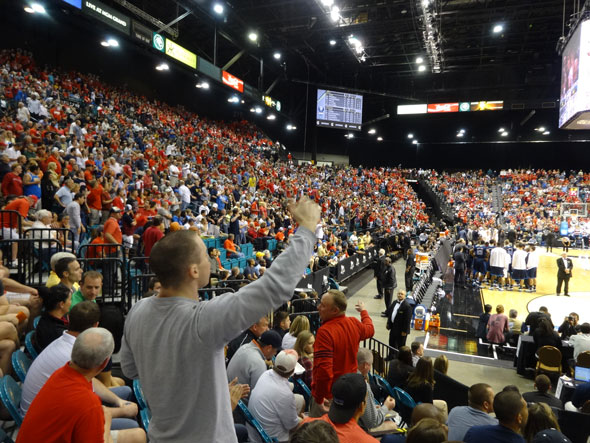 Arizona was picked to win by 5.5 points and the stadium was a sea of red. It was nearly embarrassing how few Bruin fans were in attendance. Shame on you, UCLA! 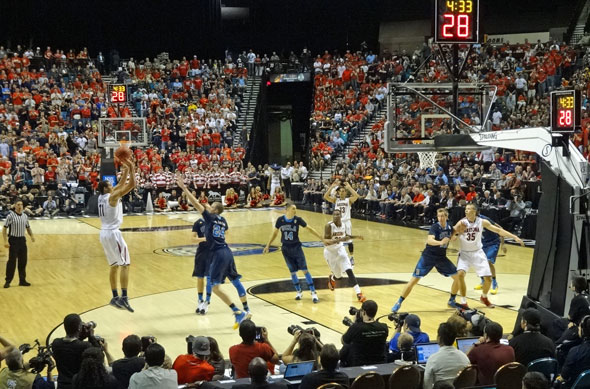 Both teams are mighty fine and we saw some amazing ball being played this afternoon. 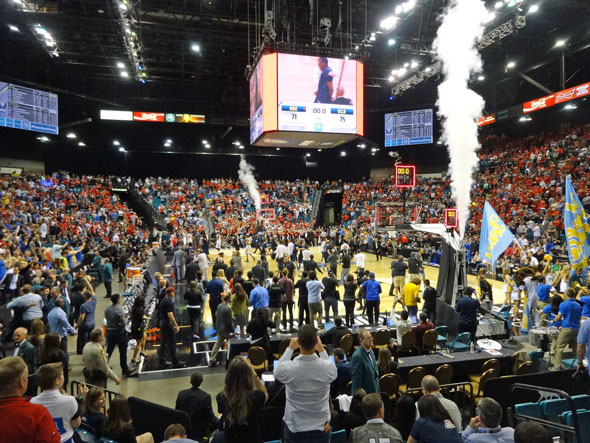 I would like to report the UCLA fans stormed the court after the game, but it seems both of them were in the bathroom at the time. 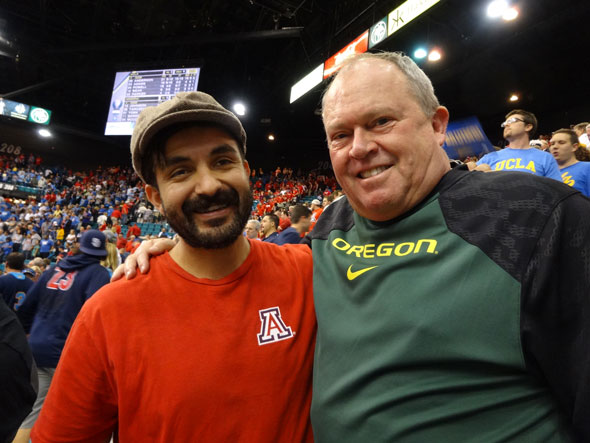 We had an extra ticket to the game tonight, so Steve sold it to this random (above) Arizona fan. Not sure if his name was Brandon or Randy... but he was a lot of fun... more than a little tipsy... but overall congenial and just loved The Ducks.

After the game a few of us strolled a few blocks down The Strip to the M&M store to buy Leo some M&M's... because why buy M&M's at the grocery store? Boring. 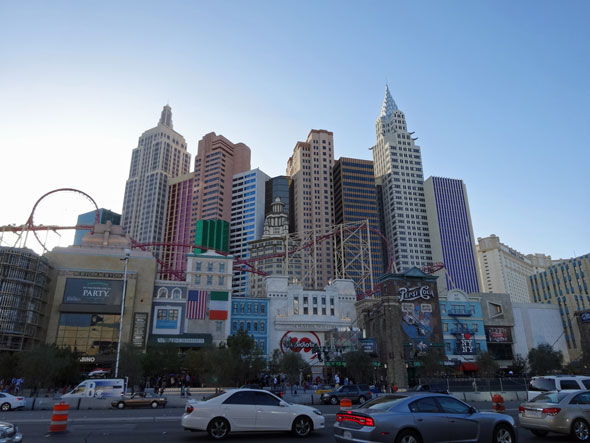 Later in the evening we had to ask Gordon 1000 more questions went to dinner in New York New York Hotel & Casino. 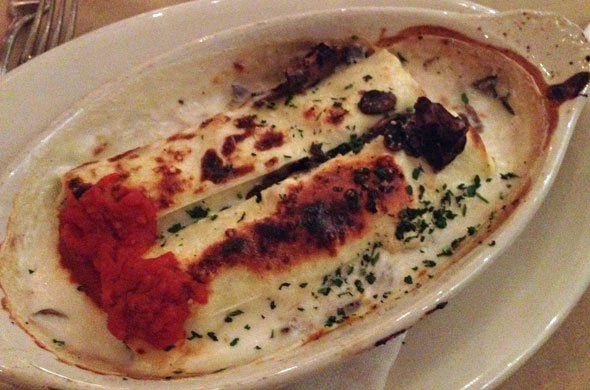 It was great to catch-up with the Family of Friends! We won't all be together again until June.

Meanwhile, back in Los Angeles... my Baby Brother Steve, and his wife, Kris, are visiting Lenny, Lisa and Leo. Word has it, Leo is completely smitten with my little brother and the feeling is mutual. 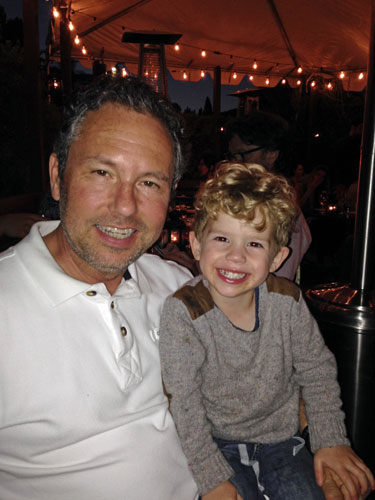 Until my next update, I remain, your happy correspondent.
« Walking the Streets Seven Hours from Vegas »