Indio, California: One would think that on such an auspicious day - 11/12/13 - we would have climbed a mountain or parachuted from a plane or bought a lotto ticket.

We did none of these things.

Both of us are a bit sore/tired from all the work we did yesterday. I don't even want to think about the two women who helped us - since after they left our campsite, they went to help another Motorcoach Country Club resident.

No matter. We exercised. DT jogged around the soft grass of the resort golf course and I walked around the block - 4 miles. My favorite route in Indio and this morning I was so happy to see my buddy, Helmut, whom I had not seen since May. Helmut and I seem to be on the same schedule as we cross paths along the same stretch of trail several mornings per week. Helmut is originally from Germany and he amuses himself by letting me practice my fading German language skills. (It is good to exercise the body AND the brain.) We chat for about a minute and then go our separate ways.

I also saw a (stray?) cat next to an old abandoned building. The light and shadows were interesting, but I only had my iPhone with me to capture the moment: 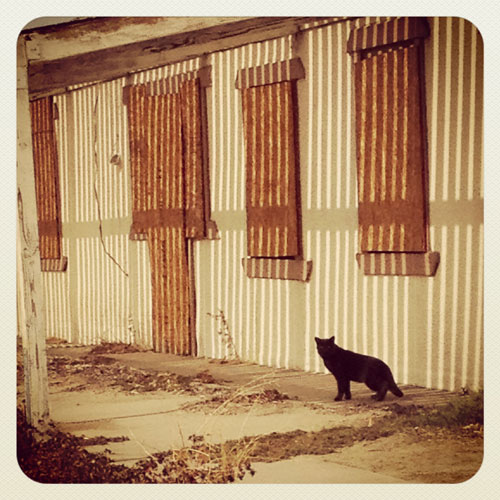 The most exciting reunion of the day was our return to Tacos Gonzales - our favorite taco joint in the neighborhood. I do have some sad news to report: the price of a taco has risen ten cents to $1.69. 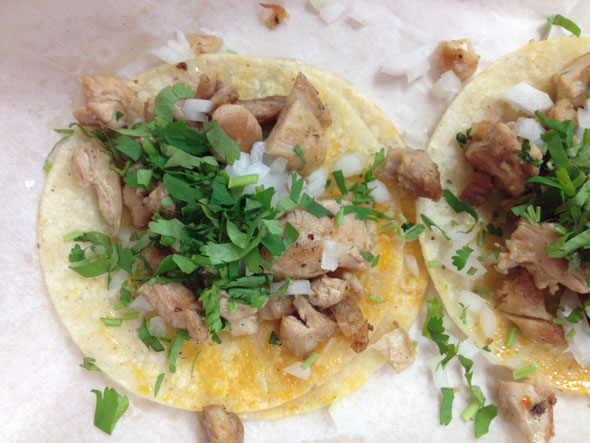 Worth it! Tacos Gonzales, NE corner of Jefferson & Hwy 111 in La Quinta, between a butcher and a veterinary clinic... which I always find amusing.

Until my next update, I remain, your inauspicious correspondent.