1. Our tech basically dismantled our shower door and it is now working properly. He also dismantled the shower pan and re-caulked the entire shower stall, so we had to use the casita shower while everything dried. First time ever using the shower, I thought I felt something sharp on my foot, so reached down to feel around and sliced my finger open on a jagged piece of grout. Blood everywhere in the shower. (Where's Hitchcock when you need him?) I bandaged it up as well as possible (DT was away golfing) and if it doesn't stop bleeding by Thursday, I will go in and get a few stitches. The gash is exactly on the right-hand "ring" finger and exactly where I usually would wear a ring. I'm happy this dangerous flaw on the shower floor was discovered - and removed - before a guest or Little Leo used the shower/bath. Of course, the cut is on my right hand and, of course, I am right handed. Forgive all typos. 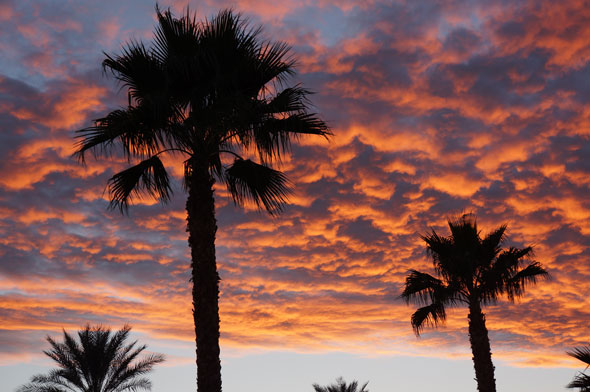 2. My Runner is becoming a biker! Since Taylor Manor is on top of a hill (technically, a mountain), we rarely bicycle at home. We brought our bikes to flat Indio and have been using them quite a bit. Cross-training, so to speak. DT rides over 25 miles... and then he jogs a few miles because, well, that's just the way he rolls.

3. Per usual, I am the last person on earth of learn about something: roasting potatoes in the crockpot. I tried it this week. About two pounds of small Yukon Gold potatoes - tossed with a little olive oil, salt and pepper - left on low all day in the slow cooker. Wow. Easy and delicious. I bet this will become a norm around here (especially overnight) for breakfast hashes - my favorite weekend breakfast. EVER. 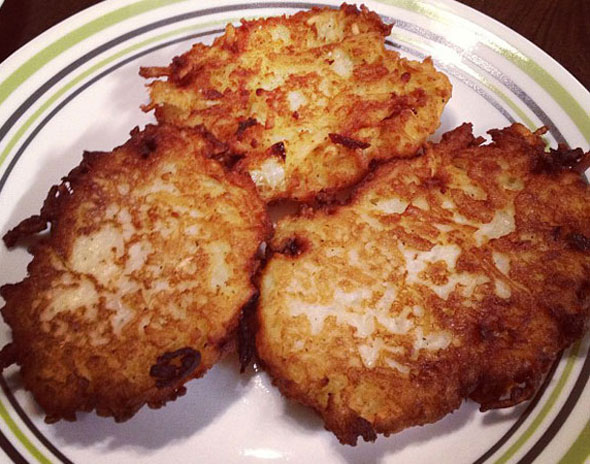 4. Speaking of potatoes... I did not make the latkes in the above photo. They were fried by a NFL football player using my recipe. Geoff Schwartz, a 6'-6" tackle for the Minnesota Vikings made my latkes last night, tweeted about them and posted this photo. I was very pleased and wonder how many latkes a 340 pound man can eat.

5. Speaking of Hanukkah. Here is a fun fast-paced Hanukkah song from the Macabeats:

6. I've gone Crackers. Not that I wasn't totally meshuga before, but I have been baking crispy snacks for about two weeks now. I tried olive oil. I tried butter. Butter is better. Butter makes the crackers crack.

In a good way. 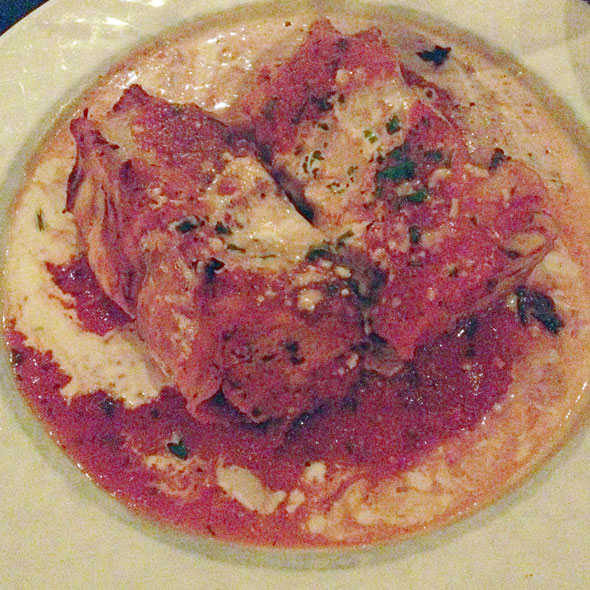 The recipe is very simple, but does require a food processor, a rolling pin and parchment paper. Cookie cutters or a pizza cutter are also very useful, so I think this recipe is best prepared in a home kitchen v a RV kitchen. (But that has not stopped me from making ten batches these past few days in my RV.) 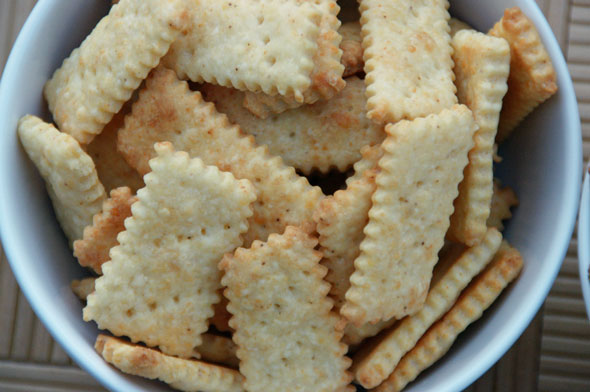 The best biscuit I have now perfected is made with vintage white cheddar and cayenne pepper. Savory. Crispy. Spicy. Cocktail ideal. No dip required.

7. The very special extra-sharp Cheddar from the Tillamook Creamery in Oregon used in the crackers pictured above, is always referred to as "Pope Cheese" in our house. Why? Apparently at least/about twenty years ago, The Pope (John Paul) was in St. Louis or Minnesota or somewhere around St. Louis or Minnesota, and was flying back to Rome on the St. Paul-Rome non-stop flight via Northwest Orient (when it was still called Northwest Orient, and the Pope and his staff were the only passengers because it was a charter) and the flight attendants (or stewardesses, as they were called twenty years ago) served the Pontiff special vintage extra-sharp white cheddar from Oregon's Tillamook Creamery. Seems the Pope was quite smitten with the cheese and had it flown-in to the Vatican often... because he could do that... because he was the Pope.

8. My cracker "master recipe" will be posted in the January 2013 RV Goddess newsletter. Sign up now - the email newsletter is sent out at the first of each month and includes news from the RV industry, links to things of interest, RV reviews and other tidbits RVers need to know. Sign up here - it is free and we provide an unsubscribe option with every newsletter if you are not impressed.

9. If you are a baker, King Arthur has the most divine thing ever - 16+ x 12+ sheets of parchment paper for half-sheet pans. $19.95 for 100 pieces. Even better, the parchment sheets now come in a massive ziplock bag. Another item you may find helpful are the new wraps available with parchment on one side and aluminum foil on the other. Martha Stewart has her version, called Martha Wrap and Reynolds is selling a pan lining paper with the same features. I have found both of the foil/parchment papers in local supermarkets, so hopefully you will be able to find them in your town and enjoy this new blissness. 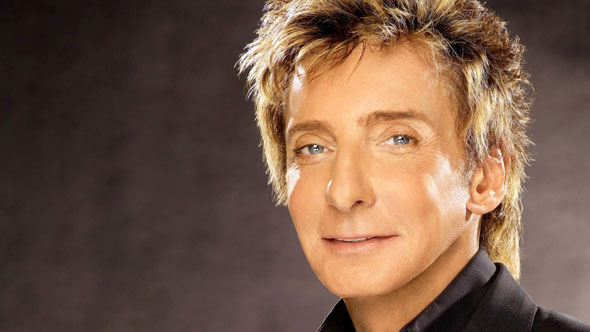 10. Barry Manilow is in town for six-concerts-in-a-row. Mr. Manilow keeps a home in the area and is here to raise money for local charities and has raised over $750,000 already.

11. Tonight we dined at PizzaVino, which meant we had pizza and vino. 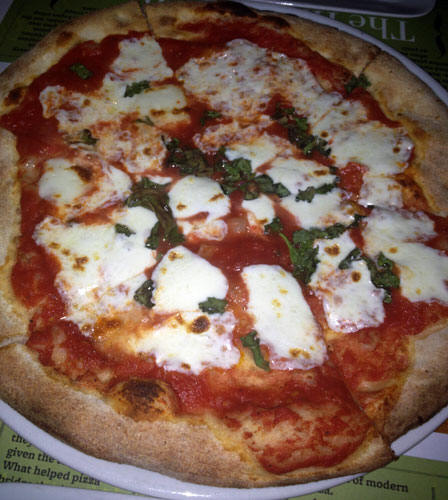 The restaurant keeps a 900° (not a typo, they keep a nine hundred degree) oven for their pizza, which means your pizza bakes 60-90 seconds.

12. Here is something you don't see every day - a man with no legs racing a horse in Doha, Qatar: