Indio, California: Our day was quite full with exercise, errands and repairs. This is also the busy holiday shipping season for Camping Journal RV Log Books. Cyber Monday is apparently every Monday in December. I ran four miles "around the block" and DT ran more than that around the RV resort. After returning from my run, I realized that I had been out in public - for about an hour - with my pants on backwards. My NIKE swoosh went whoosh.

Our tech, Brian, was here for a while this afternoon. Remember last week when I wired-in a new modem for our roof-top satellite internet dish? I may not have mentioned that though I wired-in the modem, I did not fish all the wires back behind the cabinets because my arms are just not that long - nor pliable - and I really just didn't want had no idea how to remove the cabinet panel facades to hide all the wires, cables and cords. It was an untidy situation. Happily, Brian knows how and he knows where they all go and his arms are long and thin.

Brian also changed a few light bulbs that we could not access, caulked the shower stall and tightened-up the crazy-strange circular glass shower door (again!). (If you ever have the chance to buy a RV with a seemingly-very-cool circular shower door - run the other way. Just saying.) Luckily for us we have a shower in the casita, or could shower in the RV park bathhouse, because our shower now needs to "set" for a day or two. Brian is also working on cleaning our ABS filter... whatever that may be. It's a brake thing.

While Brian was working, I was mixing up an Eggnog loaf cake experiment. 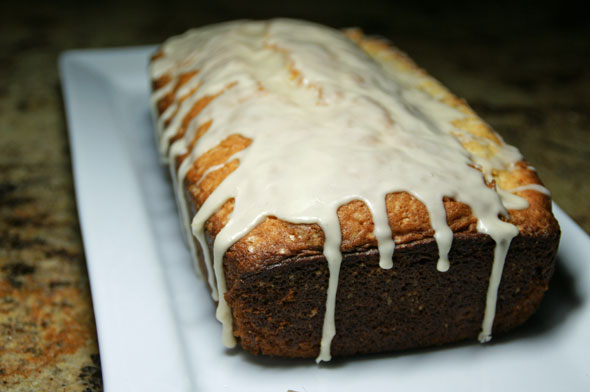 Loaded with nutmeg and cognac, this cake tastes just like eggnog. 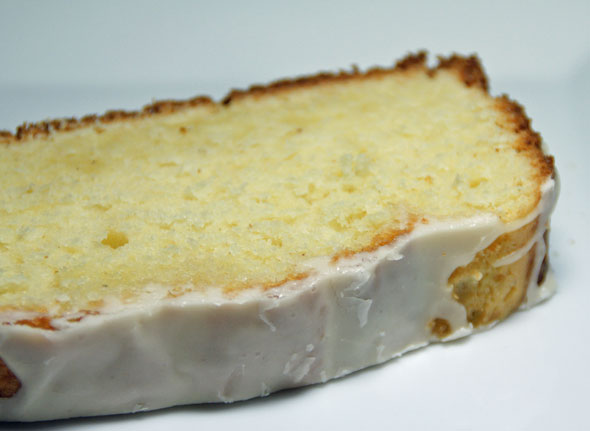 So save yourself a lot of trouble. Go to the store, buy a carton of eggnog, add some cognac and call it a night.

Keeping with the Hanukkah tradition, I prepared two fried appetizers as our dinner tonight. The first was Saganaki - fried Greek cheese, flamed with ouzo just before serving. (ATTENTION: do not flame anything inside your RV kitchen. Just too dang dangerous.) 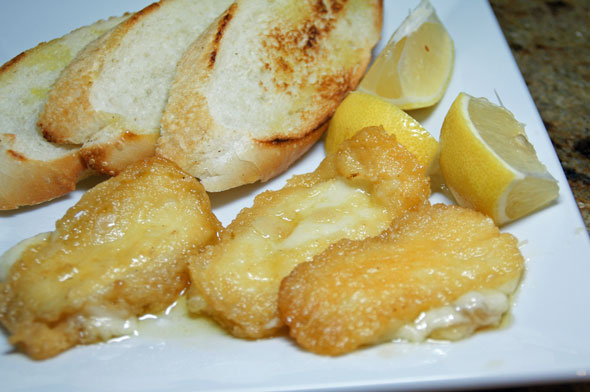 I only make Saganaki once a year or so, during Hanukkah. Sinfully delicious - and I mean that in the most literal sense: it is believed this dish (or something like this dish) is what Judith served General Holofernes to make him thirsty... so he would drink more wine... so he would fall asleep... so she could cut off his head... so the Jews would reclaim the Holy Temple... and we could all celebrate Hanukkah.

DT is probably sleeping with one eye open tonight. 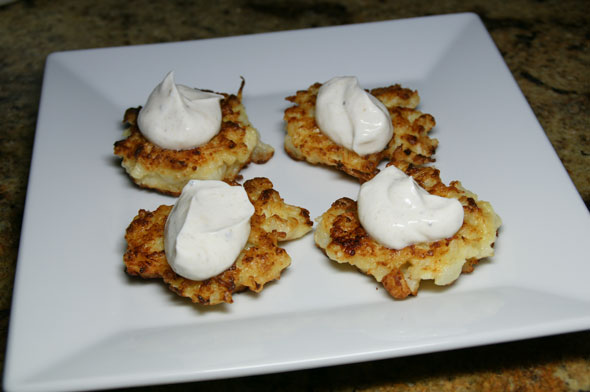 I know you will find this hard to believe, but I followed Ms. Perlman's directions exactly... except that she called for pomegranate seed garnish which I declined as it sounded strange. The fritters are served with a yoghurt-cumin sauce. 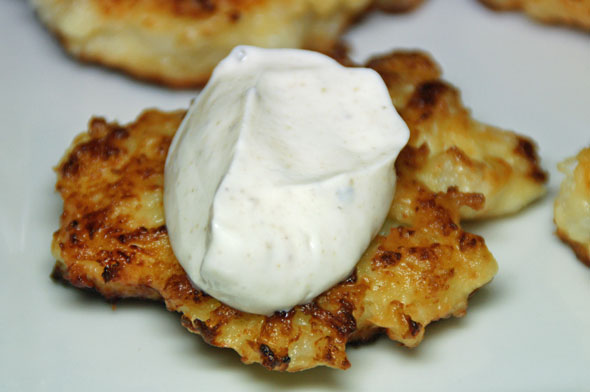 Dave and I both noticed how much the cauliflower fritters resemble latkes when served on a platter. Perfect for Hanukkah. Neither of us really cared for the fritters all that much, which was surprising as we usually find everything that comes out of that Smitten Kitchen to be drool-worthy.

You win some, you lose some. You have fried cheese to fall back on.

Until my next update, I remain, your fried correspondent.