Indio, California: We are again prisoners in our own luxury resort. Three weekends in a row of music festivals take over the Coachella Valley. After two weekends of the Coachella Music Festival (alternative music), we are consumed by Stagecoach (a country music festival). It was observed, the supermarket shelves are packed with beer and chips for Coachella; Jack Daniels and beef jerky for Stagecoach.

Our satellite television provider, DirecTV, miraculously decided to air the entire Stagecoach Music Festival, so we were able to watch the show while simultaneously hearing the music from the polo grounds just behind our resort. DT and I watched the Stagecoach Music Festival stream live on DirecTV tonight. The headliner was wearing skinny jeans and a baseball cap backwards.

I am not familiar with most of the bands playing Stagecoach, so I may not be the best person to judge the music or attire, but never in my life have I seen a cowboy in skinny jeans. Nor wearing a baseball hat BACKWARDS.

Fellow campers who have ventured over to the festival are really enjoying the attire of the female fans. Apparently wearing a thong bikini with chaps is in fashion - with a cowboy hat (not a baseball cap).

Of interest to RVers: Stagecoach allows RV camping and provides power. I've heard the sites cost over $100 per day. There were many complaints about drunk, noisy and partying-hardy RVers last year, so this year the festival organizers really cracked-down and posted a strict list of rules for campers to follow. One is that no rental RVs are allowed and no more than 6 people in a camper. Most interesting was the requirement for every person applying for a campsite to write an essay on why they wanted to camp at the music festival.

Our weekend required no such tasks. We escaped for one final lunch at Tacos Gonzales, bought provisions and remained inside the four walls of our no-essay-required RV resort. 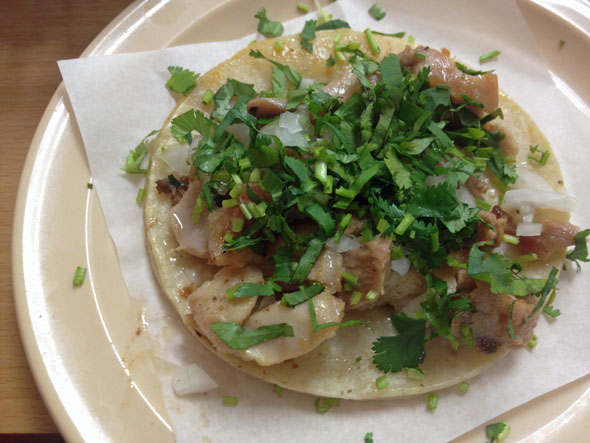 We didn't bother with festival traffic jams or traffic holdups from the numerous festival DUI checkpoints. 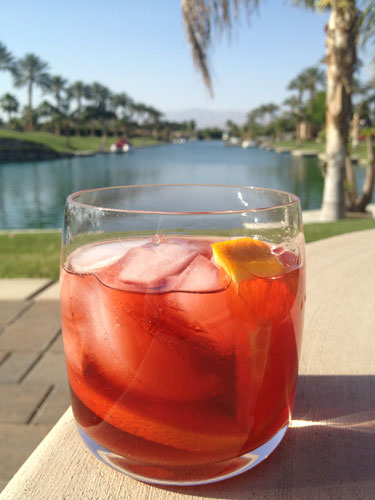 Our resort does not have golf cart DUI stops. Heck, most people are drinking whiledriving their golf carts around this place. I made Negroni's: 1 ounce each gin, Campariand Dubonnet (sweet red vermouth is the usual recipe, but I substitute Dubonnet). Pour over ice with an orange slice.

The temperatures have climbed to over 100 degrees the past few days. We've been exercising very early in the morning this week - and hanging out at the pool.

I also did a bit of cooking and baking. 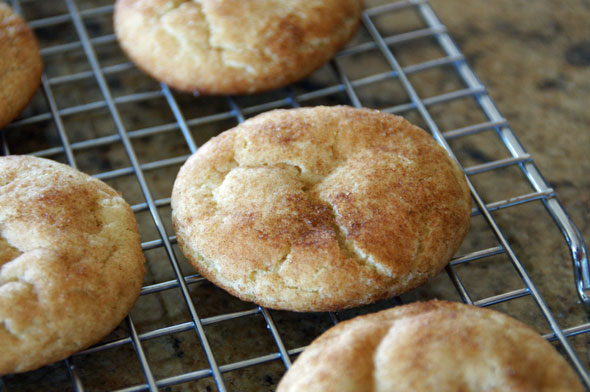 Hmmm... guess who is coming for a visit? 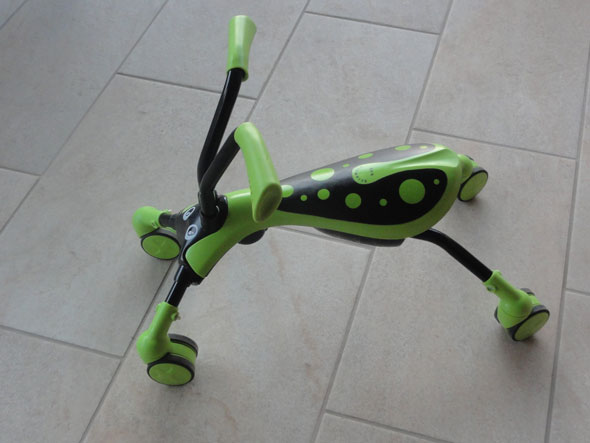 We ordered this cute little Scramblebug

for Leo. It is a sit-on kinda toy trike thingy, but instead of wheels, it has gliders that spin any way. It was $40 and claimed "no assembly required, ready to go out of the box"... except we needed to attach the gliders and that required a screwdriver... other than that! Now that the Scramblebug is together (5 minutes) it does fold flat for transport and storage. We are just going to have it here and see if a little boy will know what to do with such a thing.

Until my next update, I remain, your exiled correspondent.