Indio, California:  Dave and I enjoyed a beautiful day in the desert. The weather was lovely - just a bit windy - and we watched television replays of exciting indoor track meets this weekend on the east coast.

Our good friend, Dustin Emrani, ran 1:47 for 800m to make the Israeli team for the Indoor World Champions in Turkey next month. The amazing thing is that the few men finishing in front Dustin are on his New York/New Jersey track team - and all coached by our friend Frank Gagliano. How cool is that?

We both had long runs this morning and then spent plenty of time in the hot tub and at the pool. The sun was out, but it was a bit windy - the only trouble with SoCal desert winters.

Tonight I decided to make pizza - instead of going out for pizza. Trying to save a bit of fatty calories. 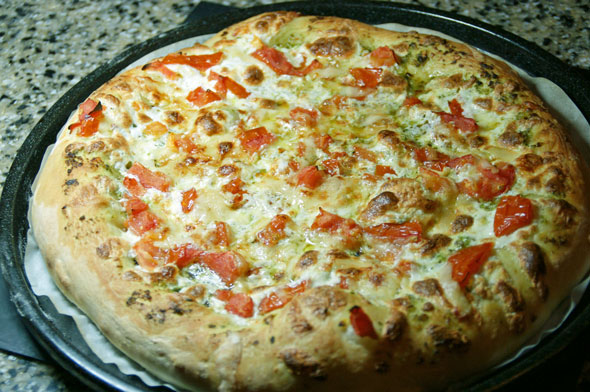 I used a blob of pizza dough from Trader Joe (because I am lazier than a dog) and only used a very few ounces of shredded mozzarella and parmesan cheese. The "sauce" was a few tablespoons of pesto and I topped the crust with a chopped fresh tomato. I may have added a half-teaspoon of dried chile flakes.

No. I did add a half-teaspoon of dried chile flakes. 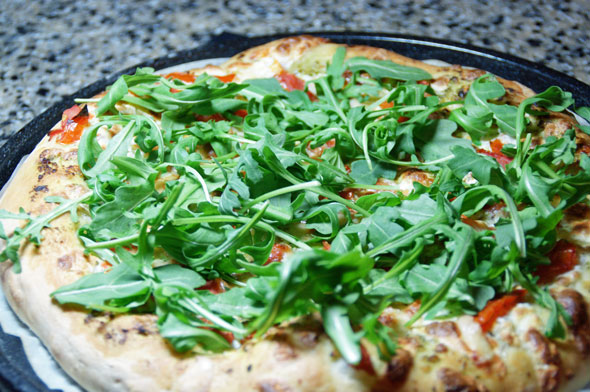 After the pizza had baked, I sprinkled fresh arugula leaves over the top. 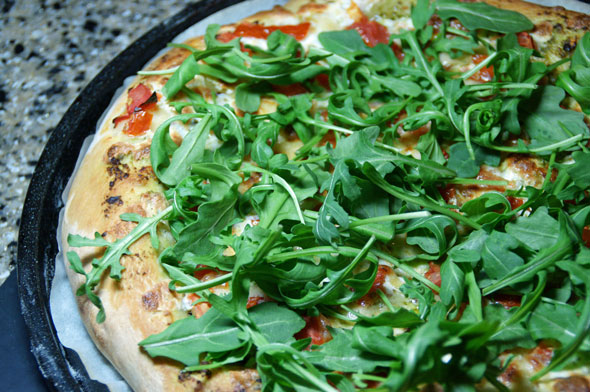 Because (nearly) everything is better with a few arugula leaves.

We have only been away from our adorable grandson for a few hours, but we miss him so much. Lisa sent this photo tonight - titled "GO DUCKS": 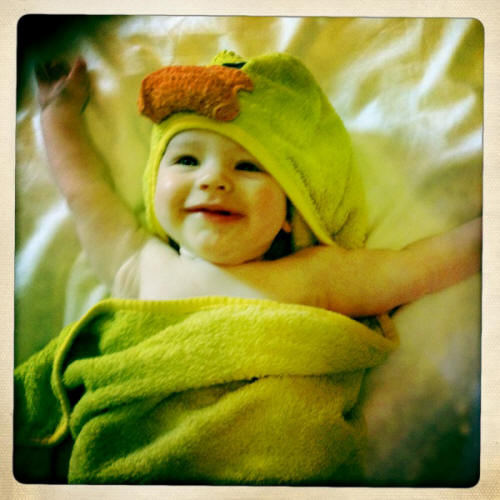 A little sweet dumpling, all wrapped-up after his bath. Baby Burrito.

How can we bottle this joy?

SLOGGER REPORT:  Too many laps around the ol' campground this morning for This Old Broad. I ran for such a long time, I ran out of music on the RUN RUN RUN mix on my iPod thingy. I am slow, but persistent. My Coach ran the last half mile with me. Okay, I am a Big Fat Liar... he walked next to me while I ran. I completed 5 miles. Old Ladies Rule!

Until my next update, I remain, your track-fan correspondent.