Nashville, Tennessee:  I guess we are old, as a lousy two-hour time change, no dinner and sleeping in new surroundings didn't make us very chipper this morning. But we rallied and met our friends - Kathy, Woody, Mary & Steve - in the hotel lobby so we could walk to the Farmer's Market where we would later board a tour bus. 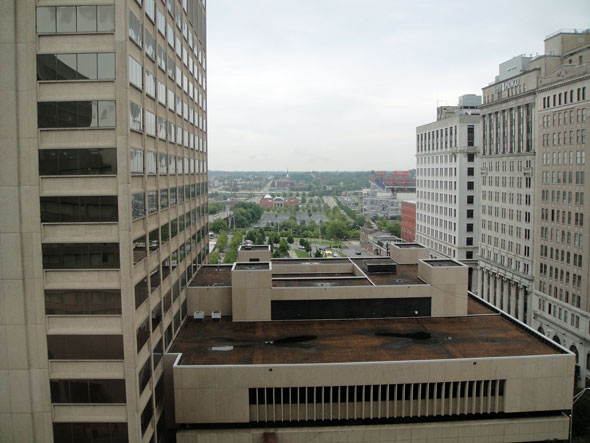 The view from our room looks out over the Cumberland River and Titan Stadium. Really.

As many of you know, DT and I were in Nashville for five days last year visiting our friends, Clay & Lara. Things have changed, due to the terrible flood this May, but it is amazing how Nashville has bounced-back from the devastation.

I am going to apologize right up front with you all (or ya'll). I only brought my teeny deck-o-card-sized little camera on this trip, so please do not expect great photography. A girl only has so much room in her suitcase. Don't make me have to choose between black pants and camera equipment.

We spent a little time touring around the Farmers Market. Though it was nearly a ghost town when we here in May 2009, today there must have been 30 stalls selling fresh produce. Oddly enough, they were all selling exactly the same produce. 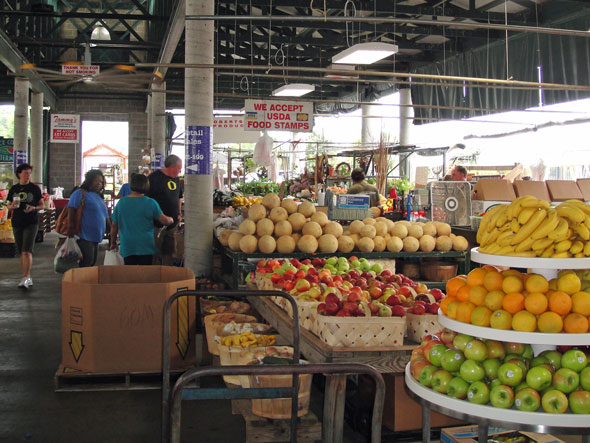 Mary & Steve inspect the veggies at the Nashville Farmers Market 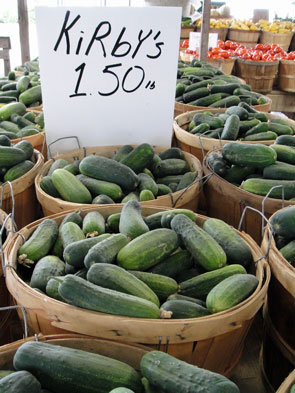 Most produce at the market was pretty-much normal to me, but I had to ask about the pink beans in the lower left photo and learned they are Crowder Peas - in the black-eyed pea family.

Enough looking at vegetables! Time for our tour. Kathy had made arrangements for us to get on a fluorescent pink bus and be driven around Nashville by two crazy sisters.

Sheri Lynn and Brenda Kay Jugg run NashTrash Tours. Definitely a one-of-a-kind operation. Part show, part tour (well, actually hardly any tour at all), I laughed and I probably blushed a few times. The sisters claim to dish the dirt on country music stars, but mostly they are joking with their passengers/customers. 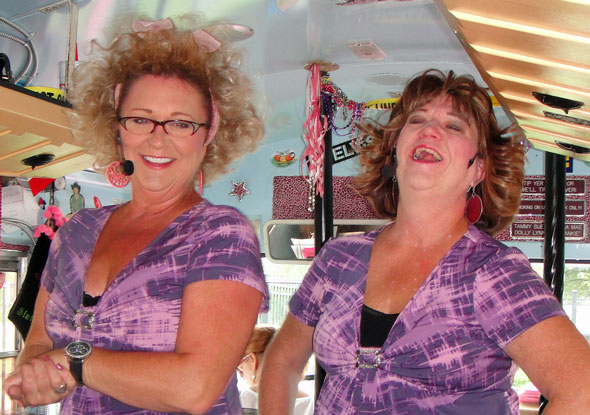 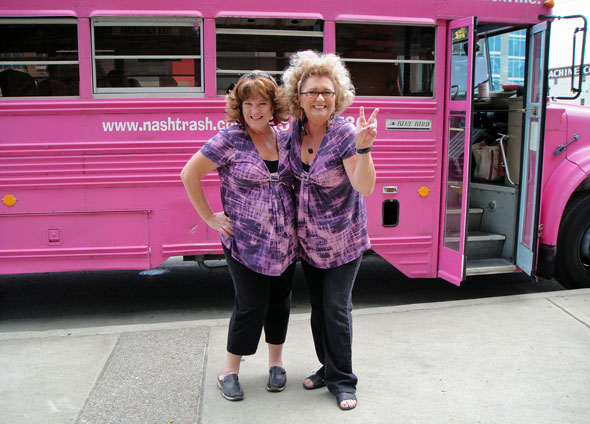 If you are in Nashville (and are over, say, 18 years old), I highly recommend this tour.

Oh, if I just wasn't a lady what wouldn't I tell that varmint ya'll about the tour??? 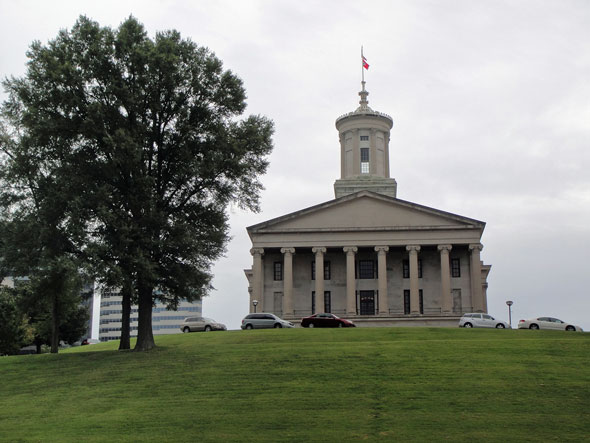 The Tennessee State Capitol was built in 1859. It is built in the Greek-style, as are most public buildings in Nashville for a reason I can no longer remember. 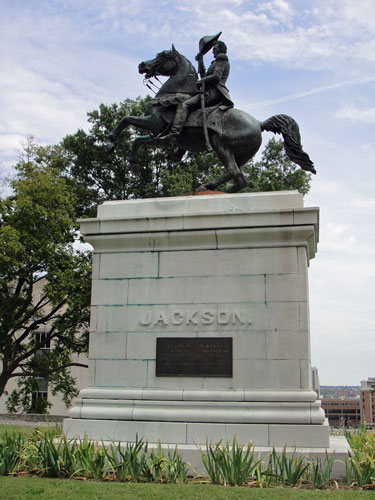 The State House, designed by William Strickland, sits on a hill in downtown Nashville. It has no dome. 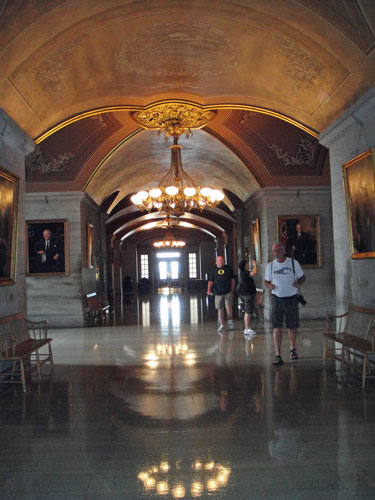 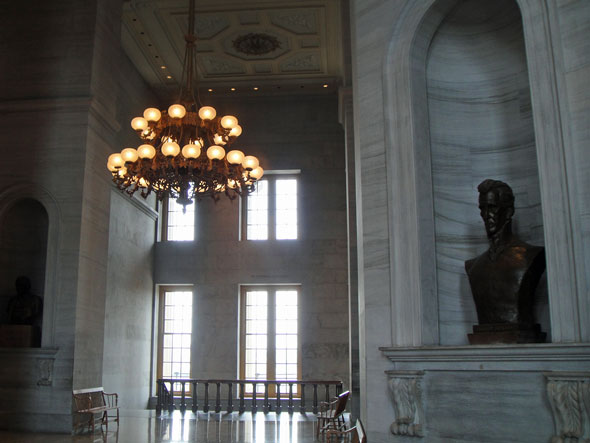 We were hungry, so headed into the touristy area of Nashville. 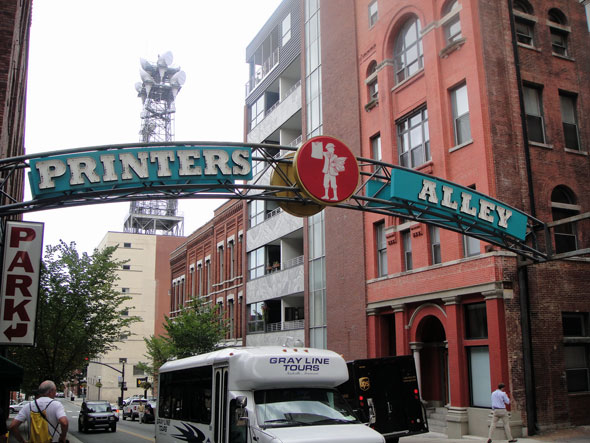 We ended up (amazingly enough) at a brew pub. Of course, there were many Oregon Duck fans in the pub. We saw many Ducks today and had many comments (only one nasty) from Tennessee Volunteer fans. 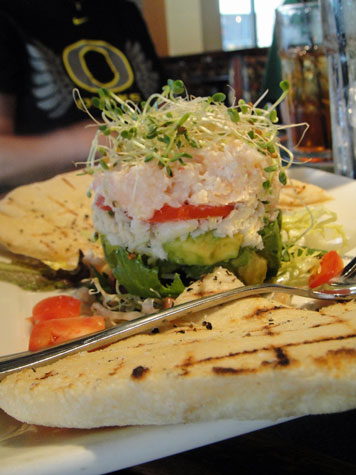 We walked along the Cumberland riverfront, which was nine feet over flood stage in May, back to our hotel. 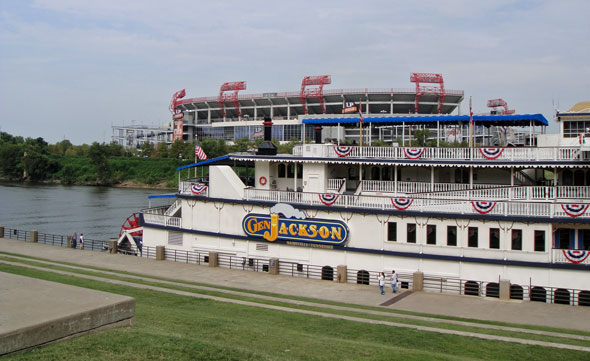 The General Jackson riverboat with the Tennessee Titan stadium across the Cumberland River. 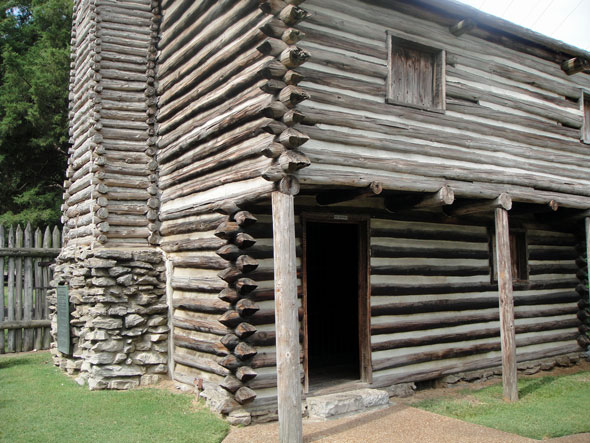 Replica of Fort Nashborough on the banks of the Cumberland River in Nashville, Tennessee 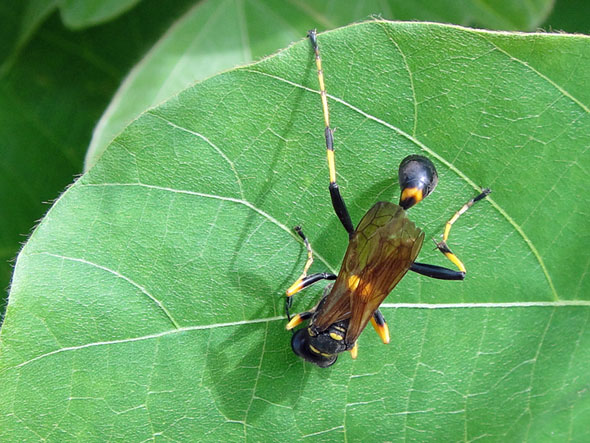 A very cool wasp on a leaf along the river in Nashville, Tennessee

Our friend, author Clay Travis, has a three hour sports-radio talk show in Nashville. Clay is a huge Tennessee fan. We met Clay (years ago) through George Washington University basketball. (Clay attended GW as an undergrad and has a law degree from Vanderbilt.) Clay and his wife, Lara, have a three year old and are three days overdue with their second child.

The impending birth is putting the brakes on our two-year-long plan of attending the Oregon v Tennessee game together! Dave and I went to Lara & Clay's home to see their son, and then all eight of us met for dinner at the Germantown Cafe. After dinner, we posed for photos in the middle of the street to capture the Capitol Building as our backdrop. 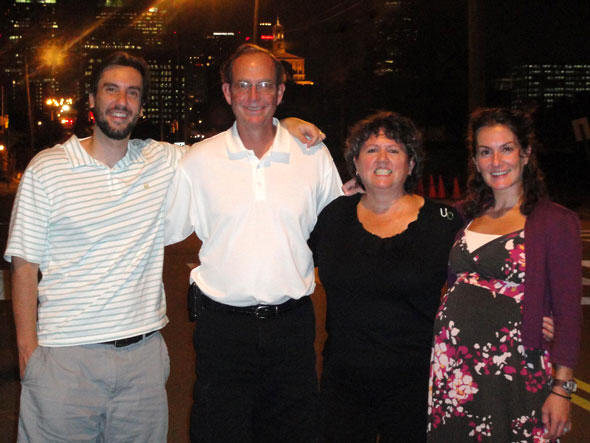 Here we are with Clay and Lara. Any moment, Lara will deliver their second child! The baby is already blessed! 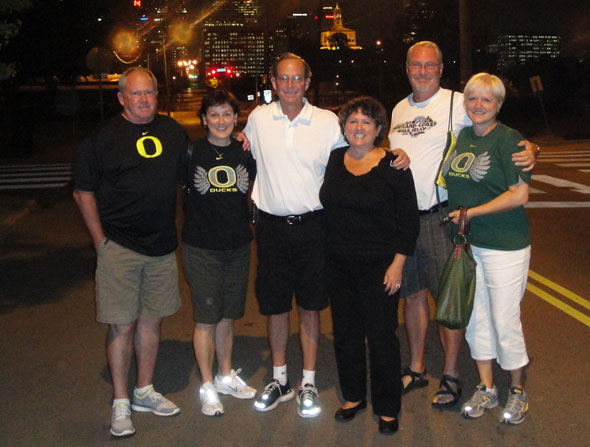 Speaking of blessed... have you ever seen more attractive Duck fans with the Tennessee State House in the background?

I would like to wish you all a happy and prosperous New Year! 5771 already - where does the time go?

Until my next update, I remain, your Nashville correspondent.