Nashville, Tennessee: Our adventures took us out of Nashville today, into the countryside and deep into Civil War history. First, DT and I ran across the bridge to Titan Stadium, around the stadium and back across the river on a very nice pedestrian bridge, making a 3-mile-ish circuit. The weather is again quite warm and very humid.

We met our gang in the lobby at 10a and headed out to see Vanderbilt University and Centennial Park - a huge expanse that was used to celebrate the Tennessee Centennial Exposition in 1897. For the Centennial, the city built an exact to-scale replica of the Parthenon in Athens, Greece. The building is now the Nashville Art Museum. 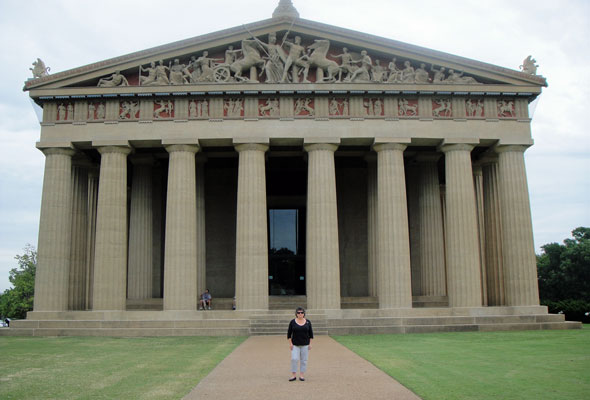 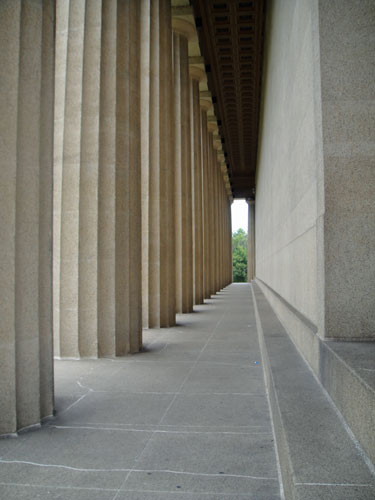 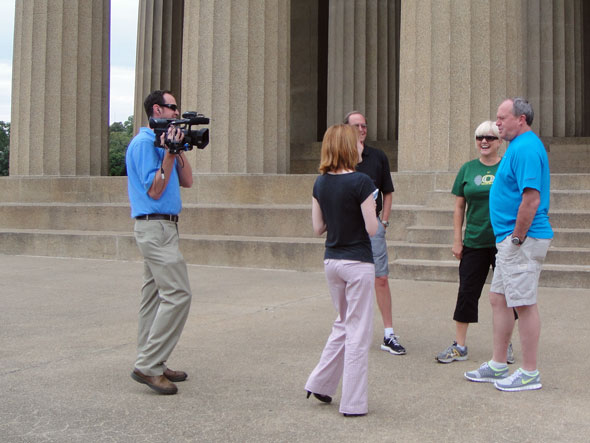 While we were at the Parthenon, local news channel 4 interviewed a few members of our group about the game. Steve (in blue) was quite diplomatic, explaining how being a Duck fan has given him the opportunity to travel around the country and how much he loves his Ducks. 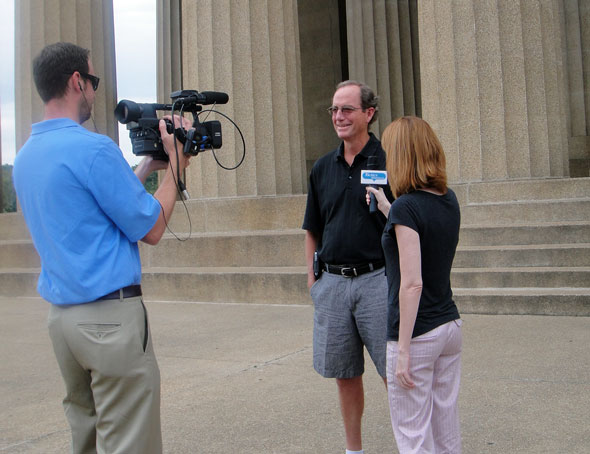 My Driver was a bit more brutal. After stating he would "feel just great after the Ducks beat the Volunteers", the poor little interviewer said to him: You realize you are in Nashville, right?

We next headed out to Franklin, Tennessee to tour through the Carnton Plantation and the site of the Battle of Franklin. One of the most bloody battles of the Civil War, over 10,000 soldiers lost their lives in a brutal five-hour fight. 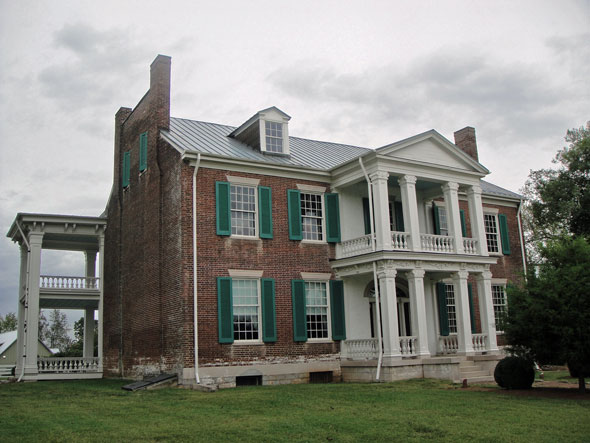 Unfortunately for the McGavock family, their beautiful mansion was situated in the middle of the battle area and the home was commandeered for use as a field hospital. With three small children at home, the family pitched-in immediately working to ease the suffering of the wounded men. 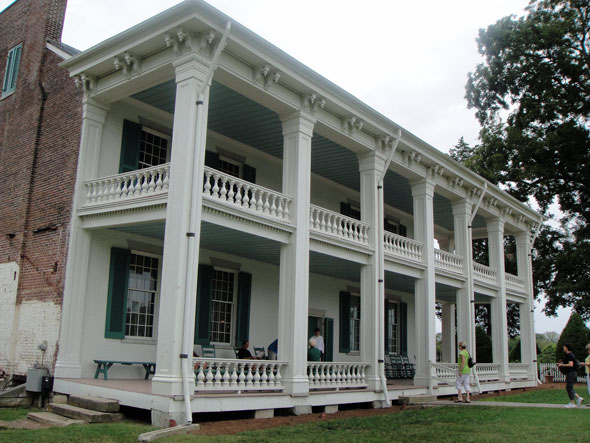 Back porch of the Carnton Plantation home 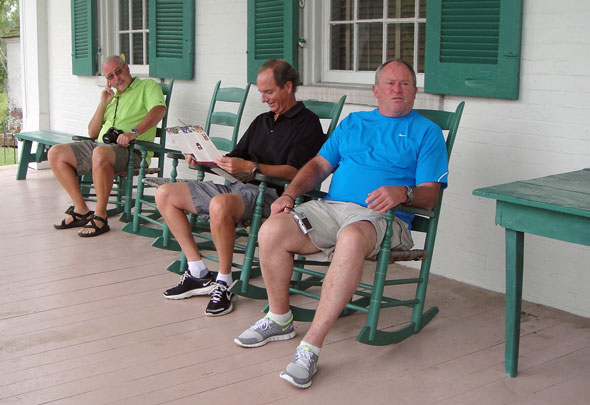 Woody, DT and Steve waiting for our house tour to begin

Due to the extensive battle injuries, there are blood stains everywhere in the home. Blood soaked so deeply into the floor boards that today - nearly 150 years later - the dark stains remain. I'm not going to lie to you. It was quite disturbing... especially since our tour guide went into extremely graphic detail about amputated limbs piled in the corner of the room, blood soaking the carpets and 300 wounded men laying in the upstairs nursery.

This tour is not for the queasy. 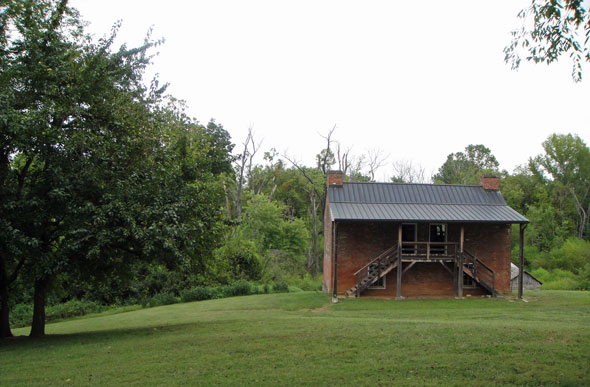 This small house, above, is the only slave house (of 11) remaining on the property. Probably one slave family would live in each of the four rooms inside the teeny house. 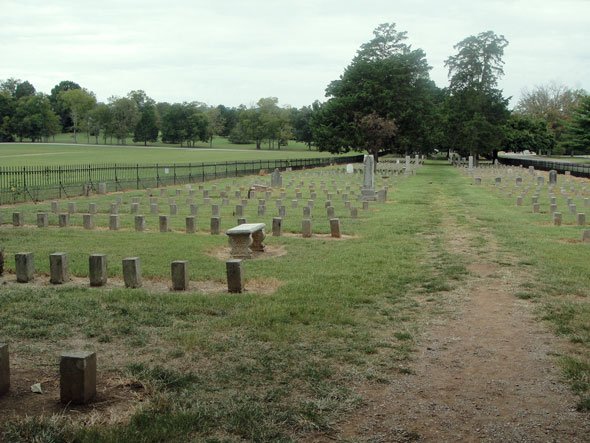 Just a few hundred feet from the main house, the Confederate Cemetery is the final resting place of 1,481 soldiers killed during the Battle of Franklin. The graves are grouped by State.

Hard to believe after taking a tour of the property and listening to the gory details of the battle... but we went into the quaint town of Franklin and had lunch!

We historians need to keep up our strength. 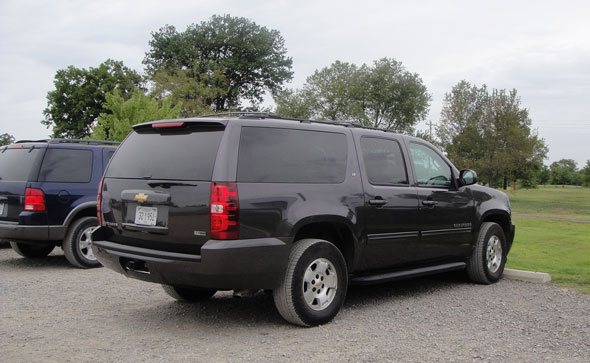 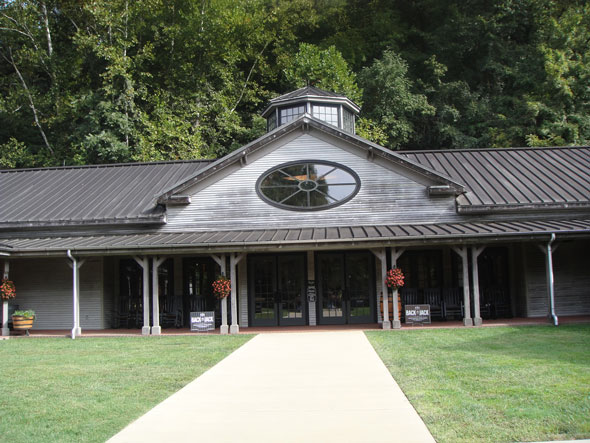 Our next stop was to the Jack Daniels Distillery in Lynchburg - where every drop of Jack Daniels Tennessee Whiskey is produced and bottled. (DT and I visited the distillery last year too.) 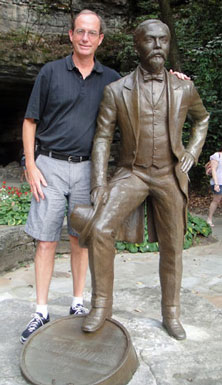 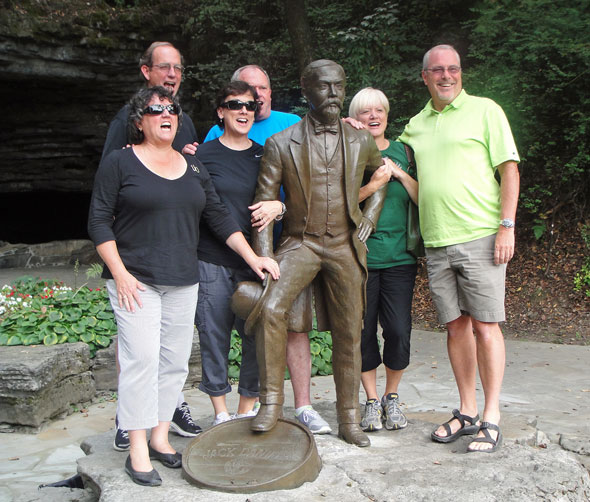 When our tour guide told us to say "whiskey" (instead of cheese), we all yelled "GO DUCKS"! 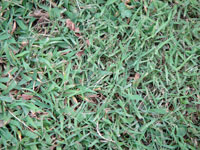 And just in case any of you were worried, the photo (left) is of the life-sized piece of land DT owns on the Jack Daniels property as a Tennessee Squire. I am not a horticulturalist, but I think his plot looked a lot better last spring. It has been grazed on this year, and Dave fell behind on the tax payments, which the distillery happily paid for him. It's always something when you are a Tennessee Squire.

Our friend, Donnie, has an old friend, Jack (not Daniels) who lives near Nashville. A few times Jack has come out to Oregon and tailgated with us. Since we were in his neck of the woods tonight, Jack and his lovely wife, Jamie, invited us for dinner.

All six of us!

They even decorated their house in yellow and green and these people are Oklahoma Sooner fans from way-back! They grilled steaks and sauteed mushrooms, served salad, a cheesy broccoli casserole and cheesecake for dessert. 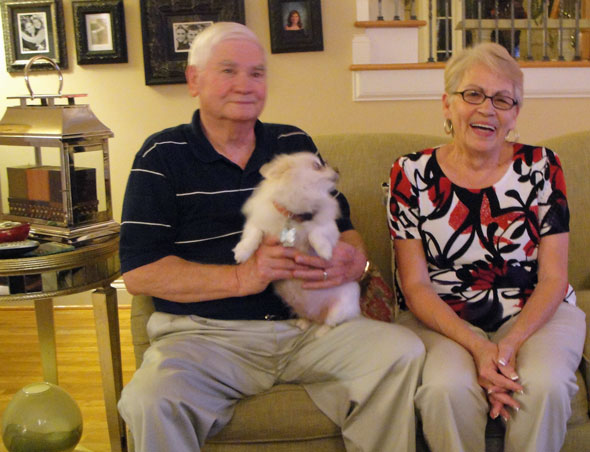 Jack and Jamie with Daisy 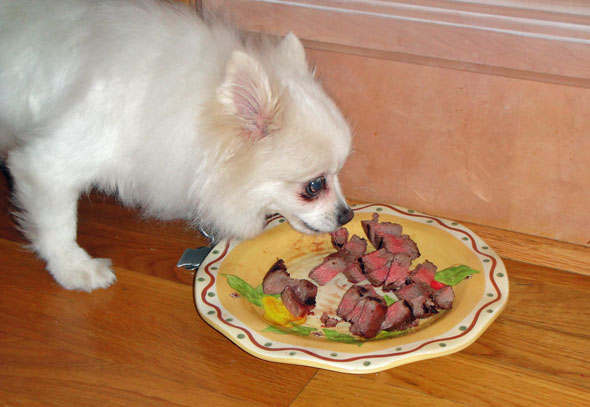 Dang if that little Pomeranian didn't eat an entire steak 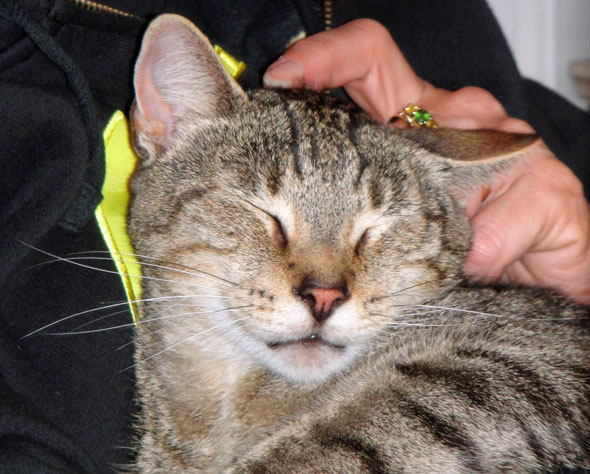 Their cat, TJ, knew how to get a little scratchin' time from Mary

After dinner, the six of us drove back to our hotel in Nashville and greeted Mary & Steve's #3, Chris (of Provo window-covering delivery fame). Chris flew-in from Utah for the big game!

Tomorrow, we head to Knoxville!

Until my next update, I remain, your Tennessee correspondent.