Portland, Oregon:  Daily blogging is taking a toll on me, Dear Reader. But, with Dave's limited activity level and being "smoked-in" with wild fire weather, there really isn't anything else to write about except our daily vegan meal plan. Yawn.

There was a major switch in the weather this morning. We woke to little smoke and plenty of clouds. We even had a teeny bit of rain on and off and several inches of the west stuff are predicted over the next several days. Please. Please. Please. We tested the furnace. It fired right up.

Since Sunday night is reserved for pizza and the past two vegan pizzas have been epic failures, I decided to go another route tonight and try a tomato tart baked on Pepperidge Farms puff pastry (which uses all sorts of vegetables oils instead of butter - making the highly processed product vegan). Of all the dairy-free pizzas we have eaten during September, this was by-far the best and we didn't miss the parmesan. Too much. 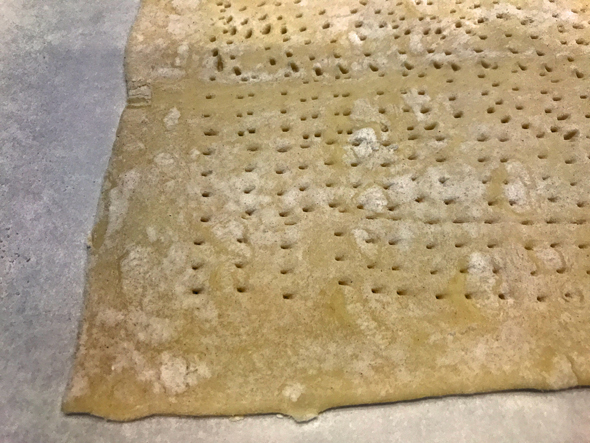 One sheet of puff pastry was used, thawed to room temperature, rolled-out thin and then punctured with a dinner fork all over the center, leaving a one-inch border all around. The areas that are punctured will not rise (much) and the one-inch border will rise, producing a nice containing edge around the tart. 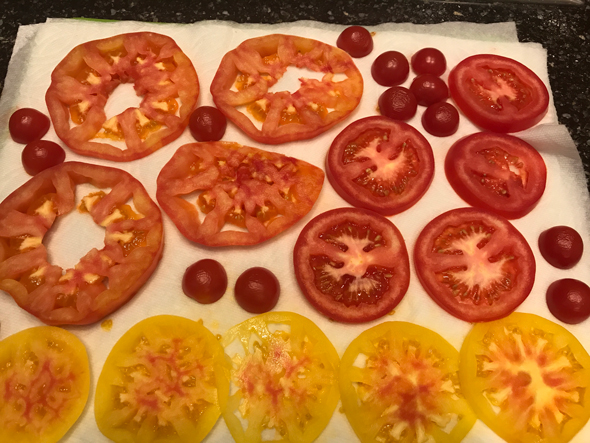 A jar of homemade basil pesto is always kept in the freezer... but this mixture contains only basil, garlic and olive oil. I never add parmesan, nor pine nuts, because maybe these items would not be wanted later in whatever I decide to cook. Good thing too - this "pesto" is always vegan. Tonight I used a fat tablespoon of the frozen pesto and added another two tablespoons of olive oil to make a nice base for the "pizza". 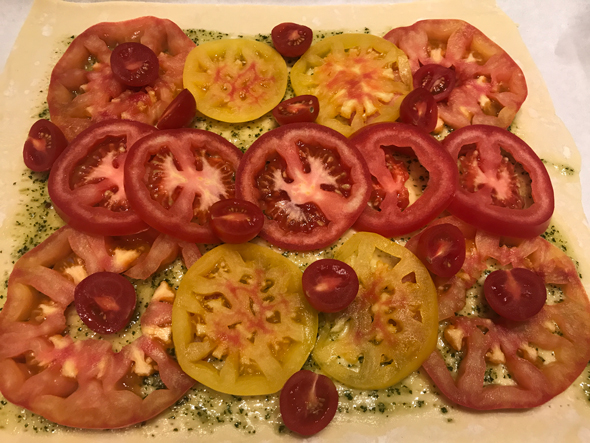 Most of the basil sauce was brushed around the punctured-part of the pastry and the drained tomato slices were decoratively placed on top of the sauce. The tomatoes were dusted with generous turns from the pepper mill. The tart went into a 400-degree oven for 40-45 minutes. 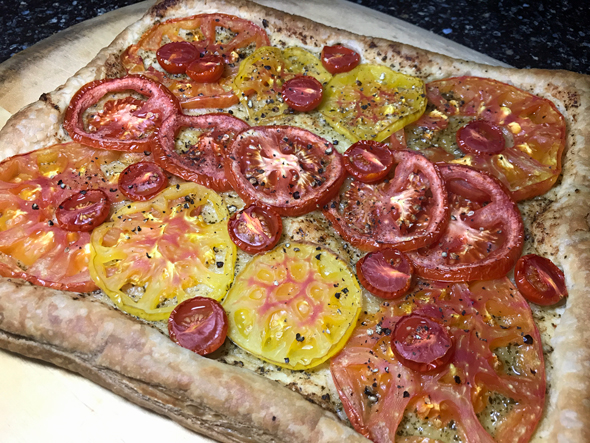 It was so pretty! The edges puffed-up and the center puffed-up just a bit. The tomatoes became soft and sweet. 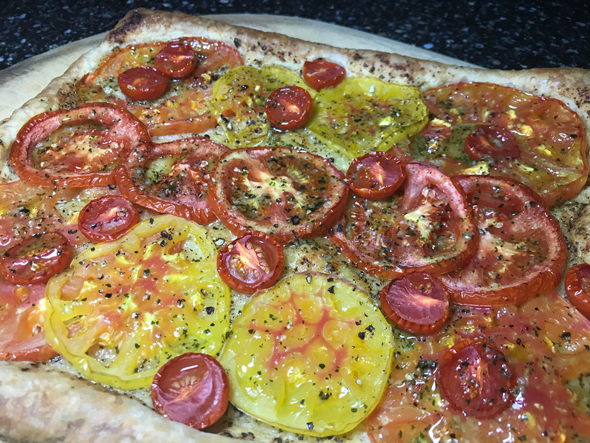 The remaining bit of pesto sauce and was brushed over the hot tomatoes. There was a thought of garnishing the tart with basil leaves, but (on second thought) I decided there was already enough basil on the tomatoes, so threw a handful of arugula leaves over it all instead. 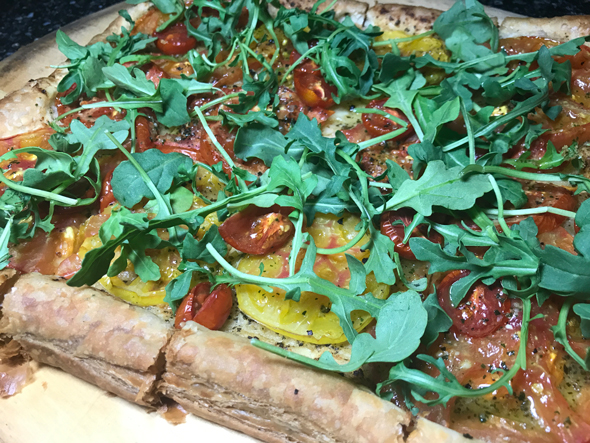 Everything is better with arugula. 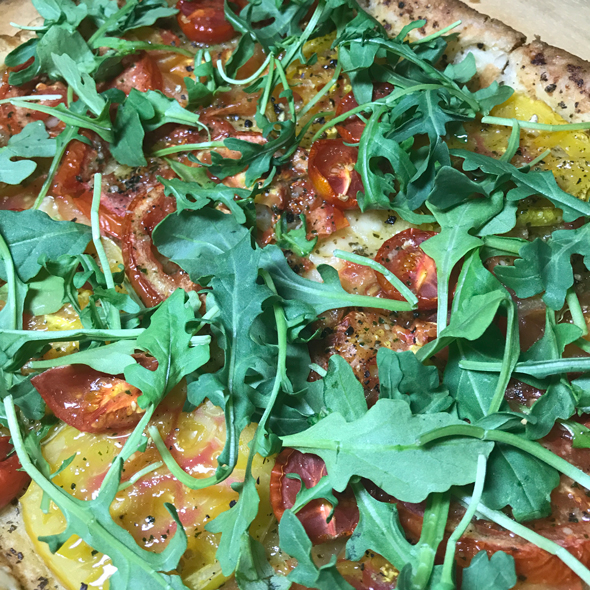 Winner! Probably due to the crunchy flaky pastry, but this was the best "pizza" served during Vegan Month. No fake cheese... and though I do not really like puff pastry without butter... Pepperidge Farms makes things very easy. 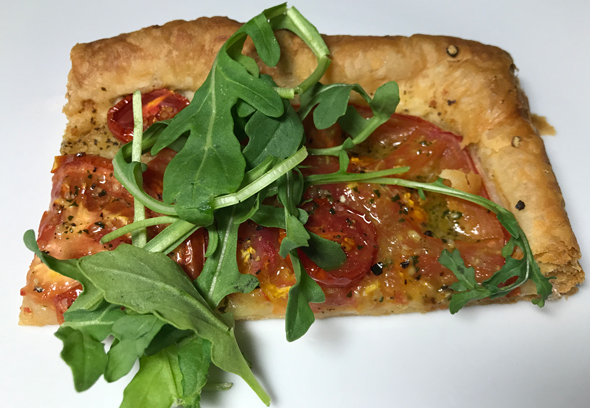 The tomato tart was served with a tossed salad, but with the arugula... it was a bit redundant.

Until my next update, I remain, your tarty correspondent.