Los Angeles, California:  Lucy's ballet recital was today. Her first-ever. Even though Gramps and I had just returned to our Portland home, we knew we would forever regret not attend this momentous event... not to mention, I have taken to Lucy to her class so many times, I know all the parents and girls in her class and didn't want to miss their performances either. This Bubbe business is serious.

Lisa, Lenny and Dave worked-out in the morning and I stayed with the kids. Then we all went to a local cafe for breakfast and returned to the house to rest for a bit before preparing for the performance. There was a costume (pink tutu), "hair and makeup" requested by Lucy's teacher, and then a drive timed perfectly for Lucy to nap in her car seat on the way to the downtown Los Angeles theater.

There was a front door photo session. Leo was styling this afternoon, looking good for his sister's recital. 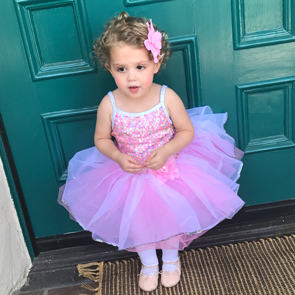 Yes, many photos of My Favorite Ballerina. It's My Blog.

The theater was packed with parents and grandparents. There were many performances, but most were only two-or-three minutes and the acts processed-through quickly. This is the tenth year the dance school has held recitals. They know how the drill. Very professional show, with girls from age 2 (maybe not actually dancing...) all the way to girls and boys dancing hip-hop routines, to young women entering college (actually performing beautiful ballet to beautiful classical music).

Lucy is third from left.

I am pretty sure Lucy was the tiniest dancer in the recital today. Lucy and her three classmates danced to Girls Just Want to Have Fun, by Cyndi Lauper. She did very well, remembering most of the moves, but was more interested a friend just off-stage who was next-up.

The Bolshoi did not have a talent scout in attendance.

After the show, we went to dinner (with another family from Lucy's dance class) at a most amazing vegan restaurant, Little Pine. We feasted and I did not have to worry there was random bacon or shellfish hidden in a dish. Unlike other vegan restaurants we have tried (like Crossroads), Little Pine doesn't try to make much fake "meat" - instead they rely on fresh vegetables... but we did order their "Picata" that uses breaded tofu steaks instead of veal or chicken, on a bed of fluffy mashed potatoes. 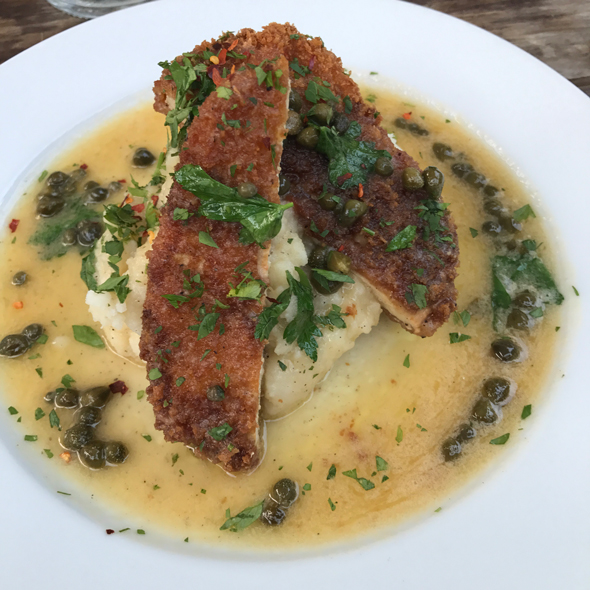 No animals were harmed in the taking of this photo. 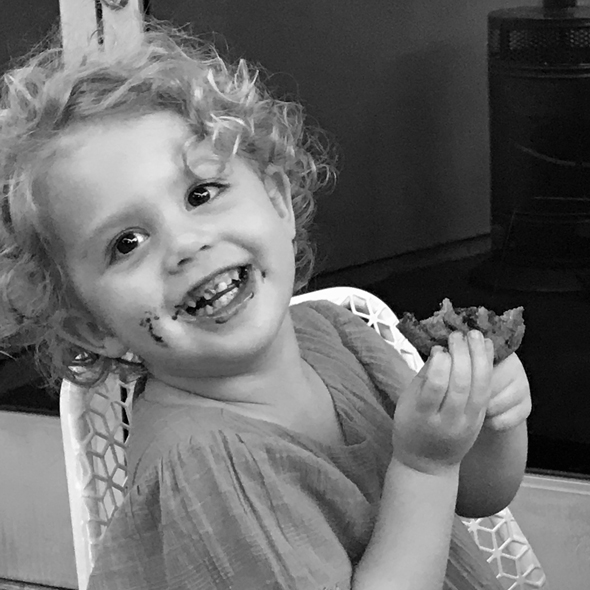 There is only one thing our little ballerina loves more than dancing and that is Hello Kitty food. Lucy ate SO MUCH food tonight, we thought she would explode. Apparently all that (three minutes?) dancing makes a ballerina starving? Lucy topped off her Big Day with a chocolate chip cookie. Vegan, of course.

We are so happy we flew to Los Angeles to witness the occasion, and are so proud of Lucy and all her hard work.

Until my next update, I remain, your "on my toes" correspondent.
« We Are Home NCAA CHAMPIONSHIPS | Day 1 »