Indio, California:  Just when you think the weather cannot improve, today's temperature climbed to the mid-80's and - again - no wind. I ran and ran and ran - so happy to be in the glorious sunshine. One critter not enjoying the day? A little Anna's hummingbird. Somehow the little guy/gal ran into a wall (no glass, so I was a bit concerned as to what actually happened) at one of the satellite pool buildings in the resort and found her/himself gasping on the pavement. An hour later (on my third loop), I am happy to report, the gorgeous creature recovered and flew away! 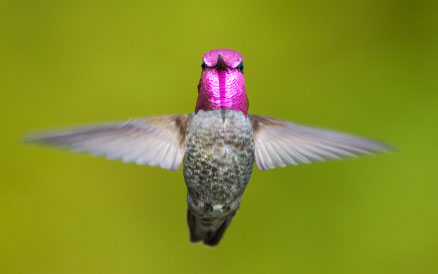 NOTE TO SELF: get a hummingbird feeder! 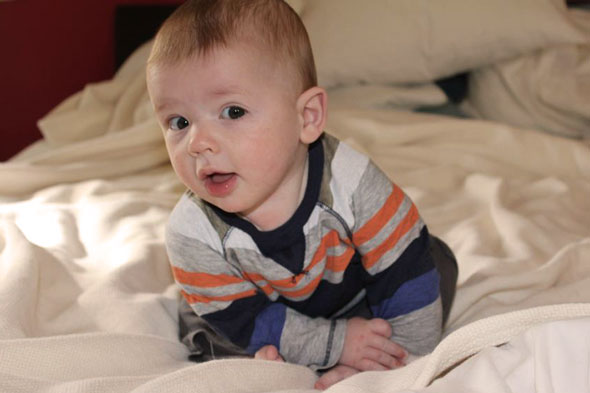 FROM LOS ANGELES: Look who is thinking it might be fun to sit up? Leo is trying!

My Driver did not feel like a cauliflower A N Y T H I N G  for lunch, so convinced me to visit Tacos Gonzales. He did not have to twist my arm. Tacos Gonzales is in a bit of dodgy strip mall on the corner of Highway 111 & Jefferson in La Quinta. Parking is sketchy. Trying to exit the parking lot takes a lot of patience, but visiting this teeny establishment is worth the inconvenience. Tacos are $1.59 and come in several flavors: chicken, grilled beef, beef brain, beef tongue, tripe and pulled pork. 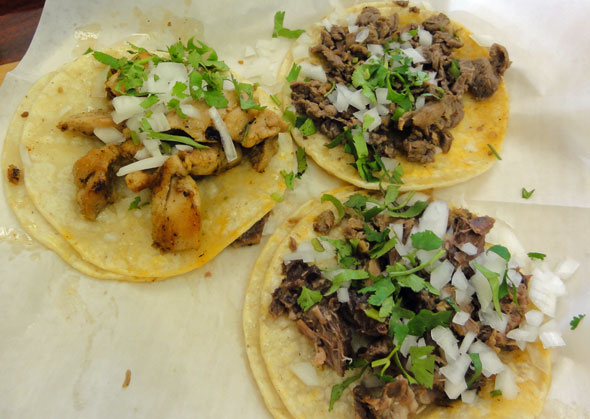 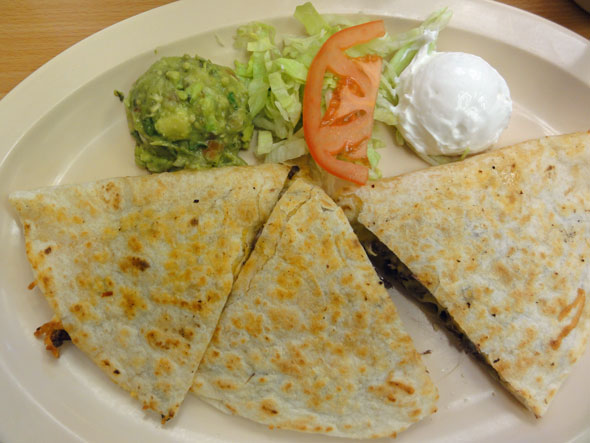 I went full-on to the five-buck quesadilla. It was loaded with chicken, onion, chilies, garlic and cheese. I could only eat two wedges.

The patrons at Tacos Gonzales (seating capacity 22) were a mixture of suburban housewives with their kids, painters and motel maids on their lunch break, nearby store workers and assorted travelers. Most of the customers spoke Spanish as their first language. The restaurant has two televisions - each tuned to ESPN - one in English, one in Spanish... which is how we turned to see our friend, Phil Knight, speaking at Joe Paterno's funeral in College Station, Pennsylvania - broadcast on the corner television. In Spanish (dubbed). 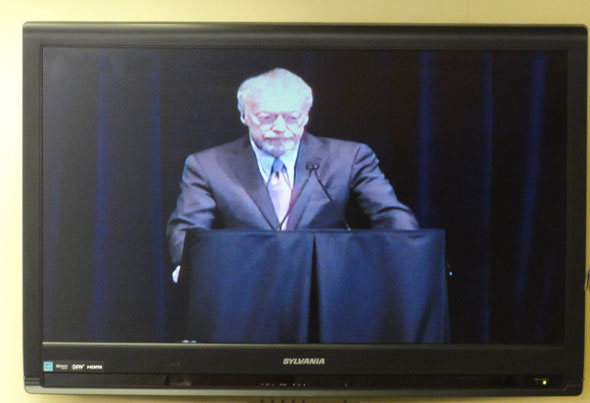 I suppose many of you have heard Mr. Knight's speech today at Joe Pa's memorial. It was emotional, heart-felt and poignant... and all sorts of other adjective-like words that escape me at the moment.

Just saying... if you witness a child being molested, step-in! Rescue the kid and kick the perp in the nads. Don't think about it. Don't pray on it. Don't talk to your Dad about it.

And, never end a sentence in a preposition. 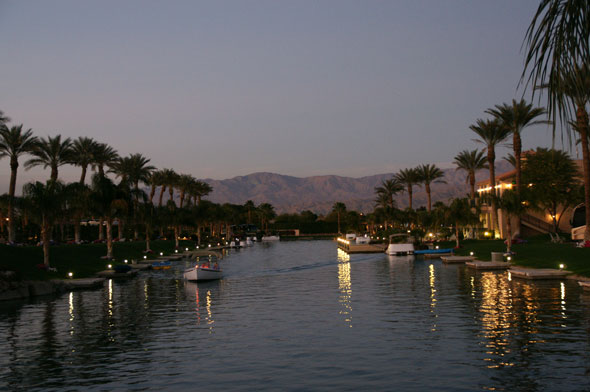 Until my next update, I remain, your opinionated and strong-willed correspondent.