Eugene, Oregon: We are in TrackTown to experience the 40th Prefontaine Classic - the greatest professional track meet in the United States (if not the world). The weather was absolutely perfect, the stands were full and the meet was live on international television. 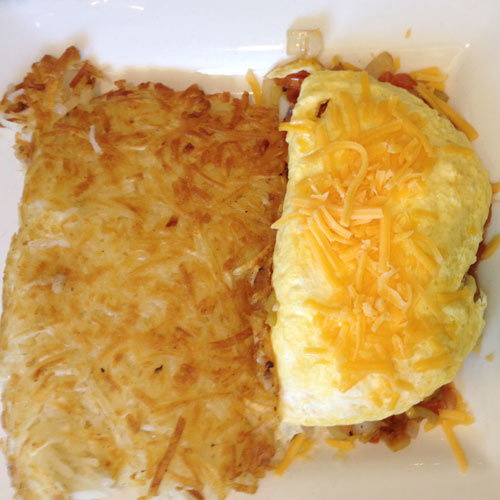 Beige food. Our hotel had a "free" breakfast buffet  It was most unappealing, as most of the "free" breakfast served in the lobby of interstate motels. We thought we were so smart to walk down the street to find a coffee shop while waiting for Mary, Steve and Woody to join us. Turns out, the same beige breakfast foods are served everywhere. So disappointed. We were not disappointed in the performances at the track meet. Ridiculous. Nearly every race was either an American Record, a meet record, a personal best, a season's best, a Hayward Field record or the "best in the world this year". Most races were a combination of stats noted above. In full disclosure, 31 May is super-early in the season, so achieving a "best in the world this year" isn't going to be a long-held mark. Hopefully the same can be said for an athlete with a "season's best". What is so amazing (to me): 2014 is an "off year". No Olympics. No World Championships. Nothing. The athletes are only competing for hard cold cash this year... and such impressive marks this early in the season are nothing short of remarkable. I love me some runners. 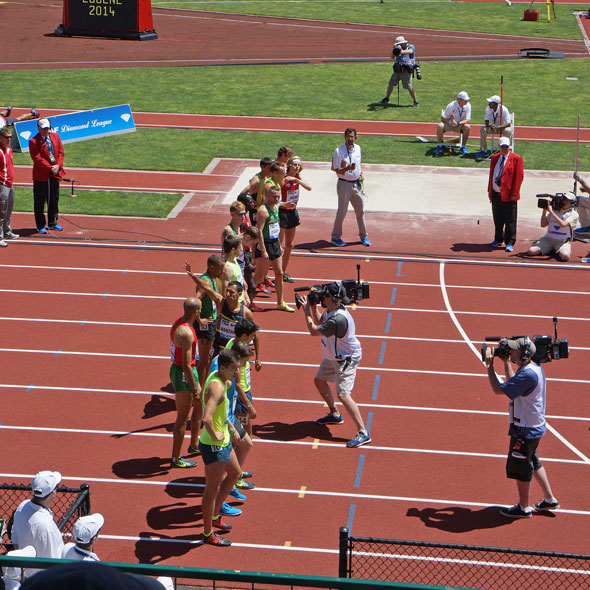 The International Mile: The Bowerman Mile field was so strong, Olympic 1500m Silver Medalist, American Leo Manzano (hand raised), wasn't even qualified to make it into the Big Boy Mile.

Though the classic mile race has been commandeered by the more common 1500m, every year at least one mile race is slated at the Pre Classic. This year, the Pre Classic held two men's mile races - the International Mile and the Bowerman Mile. We joked the "International" mile was for the losers not fast enough to make it into the Bowerman Mile, when, in fact, nearly everyone in both races already had posted sub-4-minute miles (the Holy Grail of mile times) and many competitors are world champions, national record holders or Olympic finalists - and way-too-many had medals hanging around their necks at one point or another. Either way, the mile is just not raced very often any more, so these races are super-popular in Eugene and the Bowerman Mile is always the last race on the schedule.

Save the best for last. 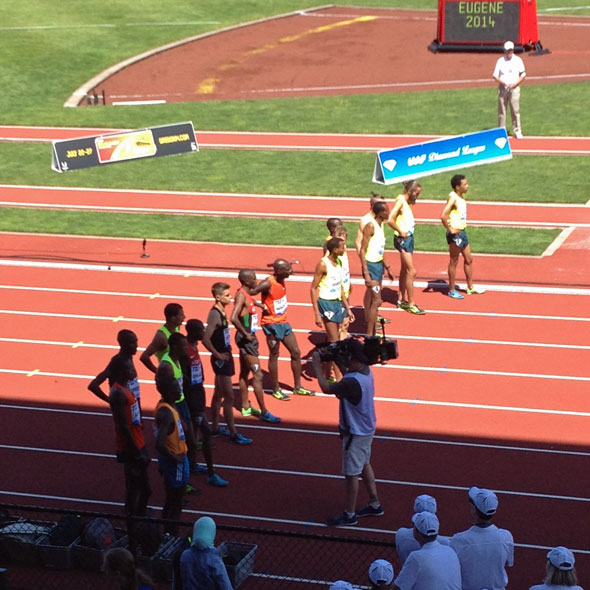 The Bowerman Mile found the best milers in the world lined up in a small town in the middle of nowhere in Oregon on the most beloved track in the history of the sport. Many of the racers had yet to experience running in front of the best track and field fans in America. The rookies stood at the starting line, staring into the crowd - transfixed. I could see it in their faces  - they were trying to burn this moment into their memory forever.

Just in case they are never able to return.

This is power of Historic Hayward Field.

Until my next update, I remain, your "Pre Lives" correspondent.

« Pre-Pre Back in Los Angeles »