Eugene, Oregon: DT and I returned our motorhome to her storage garage this afternoon... which has sat empty since mid-October. It needed a good sweeping first, but My Driver backed the Magna Peregrinus into the narrow garage like he was driving a Volkswagen Bug.

Such a Good Driver.

We had planned to bring our motorhome to Eugene for the weekend and have the tires replaced, but the appointment had to be rescheduled at the last minute. We were lucky to grab the last hotel room in Eugene during the busy Prefontaine Classic track meet weekend. 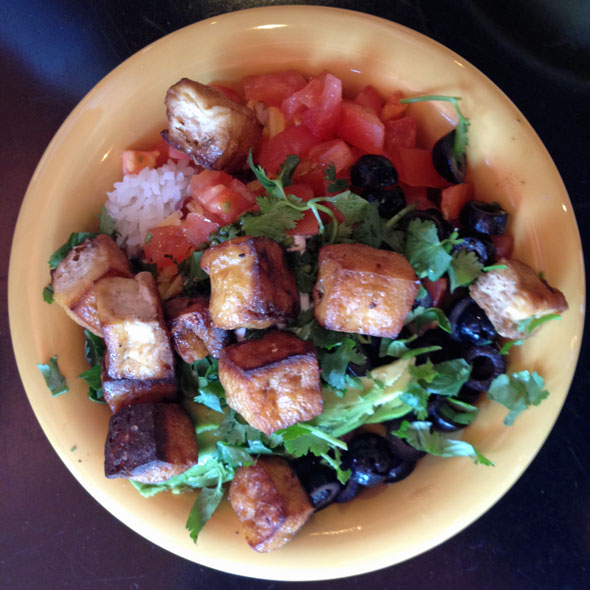 We may have found time for another Hot & Jazzy Yumm! Bowl (with tofu)

After securing our motorhome, we continued south (in our Honda) to Eugene to watch the "races before the races" - or the Pre-Pre... or whatever they have titled a free track meet before the "real" track meet tomorrow.

Fact is, there are a lot of professional athletes who want to race in the Prefontaine Classic. The meet is named after famed University of Oregon distance phenom, Steve Prefontaine, (who died in a stupid car accident nearly 40 years ago) in the prime of his running career. It is a prestigious meet. The track is legend. Athletes have great results on the hallowed oval in Historic Hayward Field. But the track meet is on television (tomorrow - on NBC sports somewhere - check your local listings) and has a very short time period... so the night before, organizers hold longer races most Americans lack the patience to watch (yet). Like the 10,000 meter (about six miles). We also saw a men's 800m race, two women's 800m events, women's discus, women's long jump and the men's shot put. 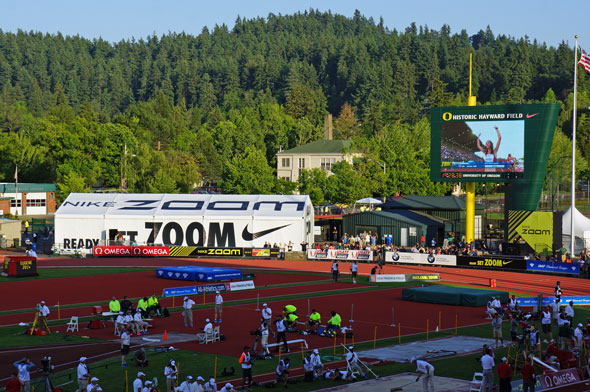 It was a beautiful evening for track & field.

And it was a time for American 800m runner Maggie Vessey to make a fashion statement. 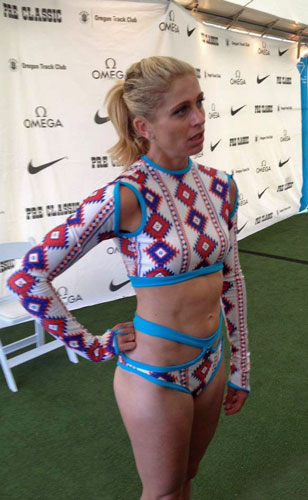 She made a statement all right, but I'm not sure which language she was speaking. You know what they say... the only thing worse than being talked about is not being talked about. Miss Vessey placed 2nd in her race. 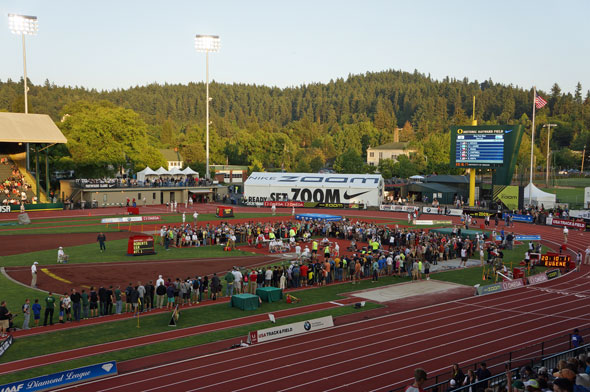 During the men's shot put competition, there were no races on the track and meet organizers invited fans down to the infield to watch the shot put up-close and personal. Fun! 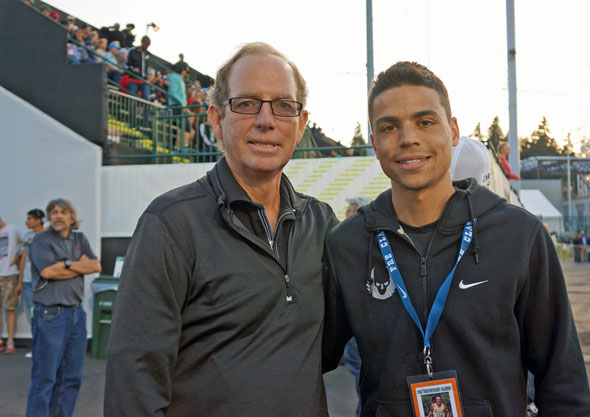 Ex-Oregon runner, Matthew Centrowitz, Jr., will race tomorrow in the mile. Dave and Matt's Dad were college teammates at Oregon in the 1970's. 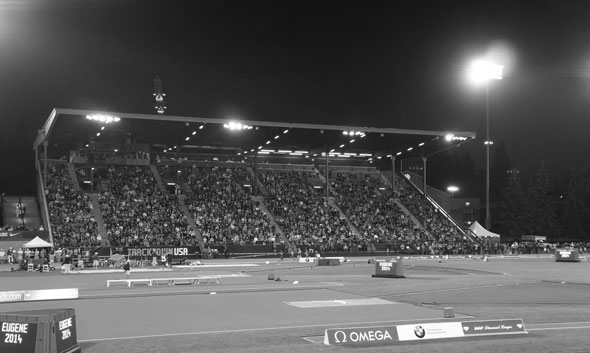 This is what people in Eugene do on Friday night - watch men run around in circles 25 times. Duck alum, Galen Rupp, broke his own American Record tonight, finishing first in 26:44.36. 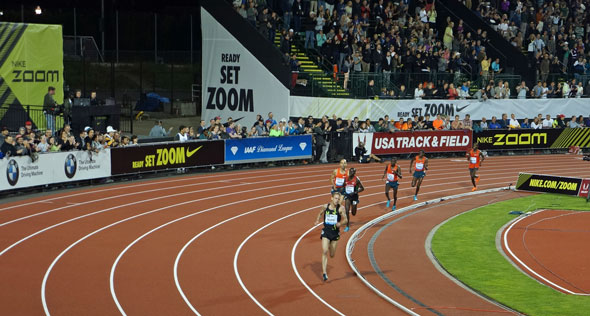 It was a fast-paced 10k to be sure, but it didn't look as if Mr. Rupp would even equal his record - until he seemed to have been shot out of a canon through his last two laps. Electric finish! The crowd went crazy. I would like to predict Galen Rupp will have a nice rest after after his new American Record... but his wife is expecting twins in a few weeks. Congratulations! 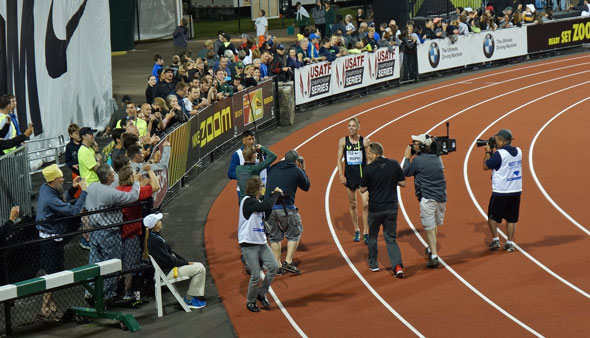 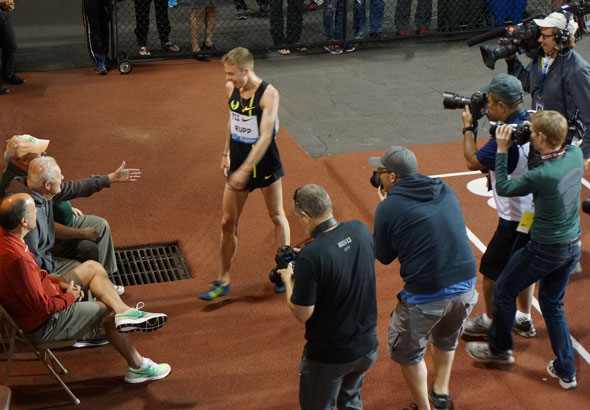 Another great evening of track & field at Historic Hayward Field. I expect nothing less tomorrow.

Until my next update, I remain, your happy correspondent.
« Living Large The Prefontaine Classic »