Eugene, Oregon: Hey, guess what? We are in Eugene this weekend for a track meet. Surprise, surprise. Know what else? The weather was glorious. Low 70s, sunny. It did not rain. 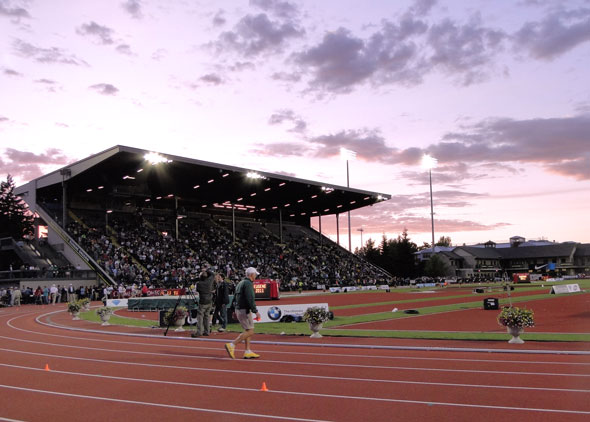 It was a beautiful night for racing.

The Prefontaine Classic is an annual meet held at Historic Hayward Field. It is a meet for professional athletes from around the world and is part of the IAAF's Diamond League Series - where the athletes compete for points to earn the Big Bucks. The meet will be held tomorrow (4 June, live on NBC, 11:30a pacific), but tonight they ran three races on the track that are just a little too long for the average American to sit through. Tonight a few men raced to break the world record for 30000m (approximately 19 miles) on the track. If you don't have a calculator nearby, I will tell you that is 75 laps! While they were running the 75 laps, the racers were also trying to set a new 25000m record. 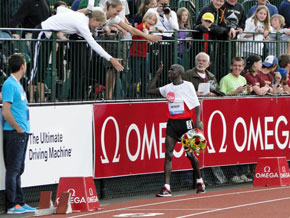 After setting world records, Moses took a victory lap. If I ever ran 75 laps, I would be going to the emergency room. Hopefully in a straight jacket. Moses Mosop was very happy! 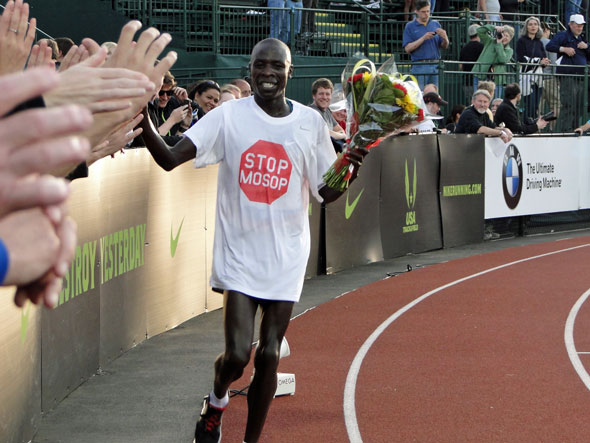 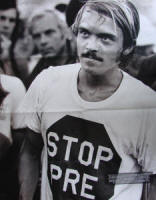 The second race tonight was a 5000m race for women. Another Kenyan crossed the tape first. Vivian Cheruiyot set a meet record of 14:33.96.

The final race was a much-anticipated 10000m (6.2 miles) for men. Some of the best racers in the world were in Eugene tonight and the crowd was very excited for this race. 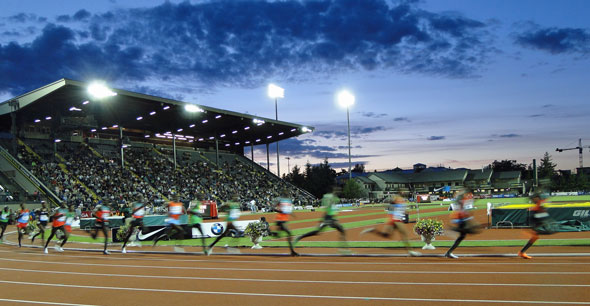 But the race was a bit of a bust from the start as local favorite, Duck alum Galen Rupp did not start due to hay fever. Then American Chris Solinsky dropped out after three miles. But the pace was quick, and England's Mo Farah (who trains in Portland, Oregon) won in 26:46, setting the UK record. Nine men finished under 27 minutes. Pretty impressive.

It was very late after the races, but we wanted food (and a brewski) so went to the pub with a dozen of our friends. So much fun. Walking back to the hotel (yes, we are in a hotel - not our motorhome - for this one-night adventure) we think we may have seen angels or mermaids singing and dancing in the water fountain outside an academic center on campus. 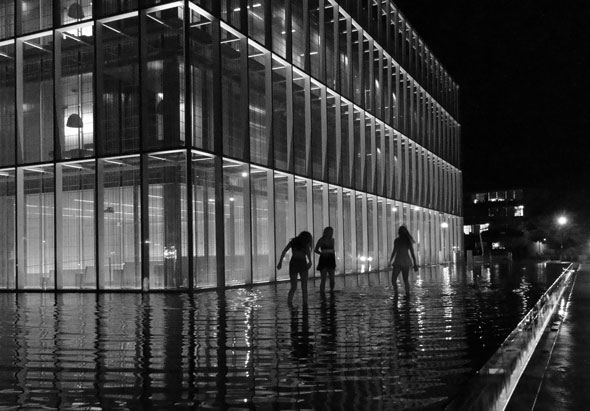 Or maybe they were just tipsy singing coeds.

The Big Boys and Girls come out to play tomorrow on Historic Hayward Field! It is going to be a fabulous meet and the weather is predicted to be perfect.

Until my next update, I remain, your GO PRE correspondent.
« One Ton Tomato 2011 Pre Classic »