Eugene, Oregon: Two gorgeous days in a row. Everyone is so excited about the weather - the citizens are nearly giddy. Unfortunately for Duck alum racer, Galen Rupp, this glorious sun has produced such terribly high pollen counts - virtually over-night - the asthmatic guy can barely leave his house. Rupp was a scratch last night in the 10000m and was a no-show in the 2 mile this afternoon. Since the rest of us suddenly-sneezing Oregonians are not subject to random drug testing, we are eating Zyrtec like it is candy. 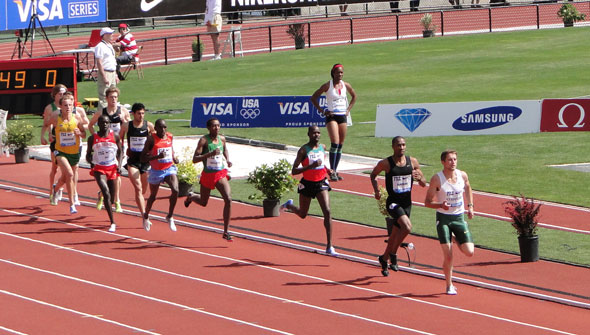 The stands were full for the 2011 Prefontaine Classic. Field events began at 10a and the meet went live on NBC at 11:30a. I will report below just a few of the many highlights of the meet. For complete results, please visit the Pre Classic website. 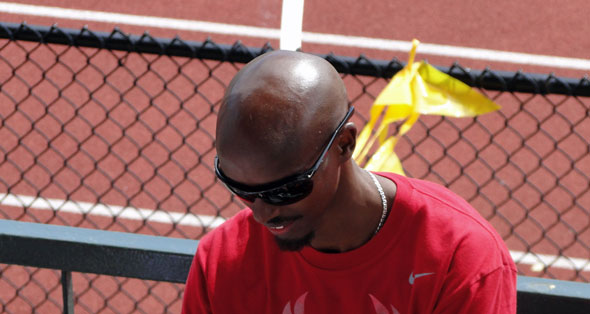 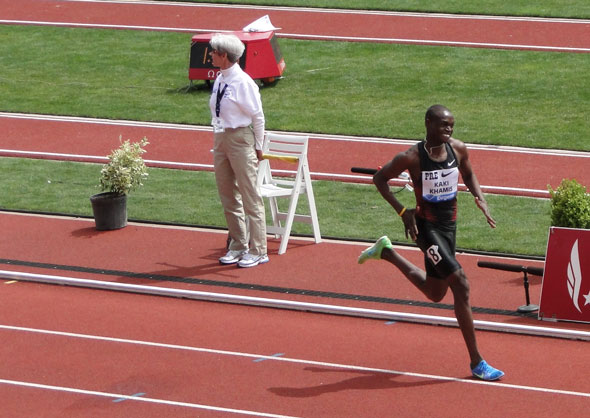 Abubaker Kaki of Sudan won the men's 800m race in 1:43.68. His time is the fastest in the world this year and the fastest ever at Historic Hayward Field. Oregon alum Andrew Wheating raced and finished 5th. 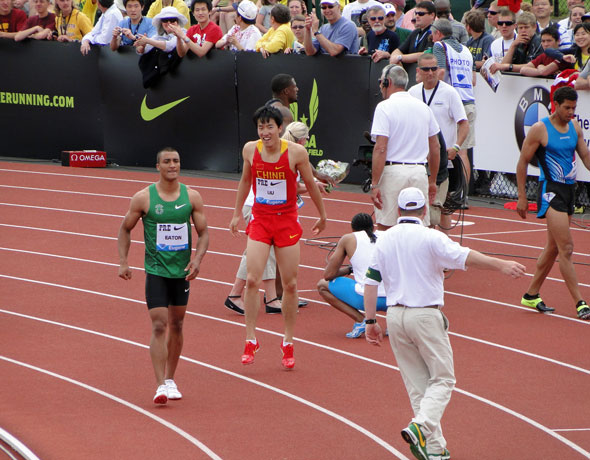 There were Duck alums all over the place today. Future WGA, decathlete Ashton Eaton raced in the 110m hurdles against the best in the world this afternoon. The race, won by American David Oliver in 12.94, also featured Olympic champion Xiang Lui of China. Because of this great competition, Eaton was able to run 13.35 - his fastest time ever! 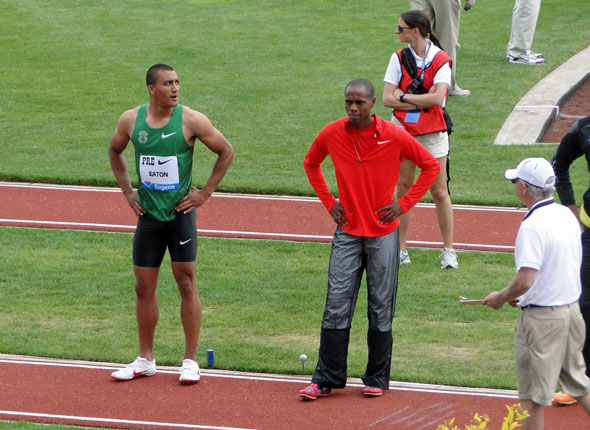 Thirteen seconds after finishing 5th in the hurdles, Ashton Eaton was at the long jump pit for his introduction with the best long jumpers in the world. Eaton was still panting from his hurdle race.

All Ashton wanted to do today was jump over 26 feet. When he did, Ashton dropped out of the competition and went home. He still finished 6th. 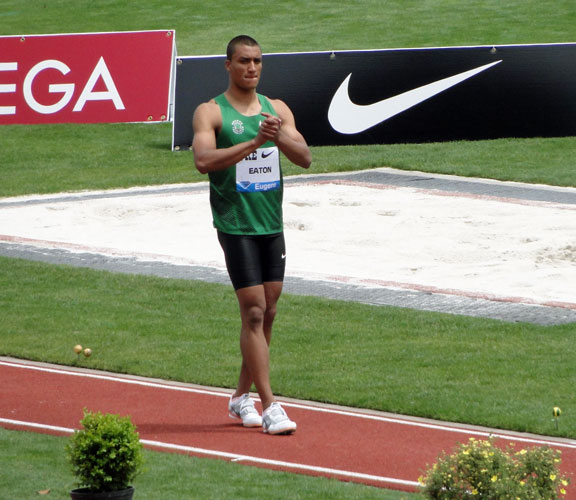 I love My Ducks!

Even when they are no longer Ducks. 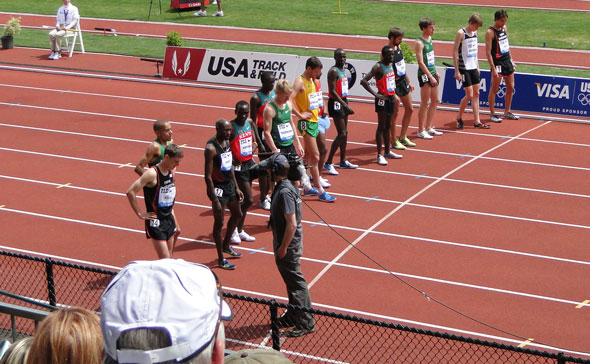 Another great race this afternoon was the men's 2 mile. 34-year-old American runner, Bernard Lagat (3rd from bottom) handily won the distance in 8.16 - running his last lap in 53 seconds! Amazing. Another treat was Luke Verzbickas (second from the top). Verzbickas was in the race to set a new high school 2-mile record, and he did. 8:29.46 - and Verzbickas finished dead-last. From the hugs he received at the finish tape from the other racers, you would have thought the high-schooler had broken a world record. 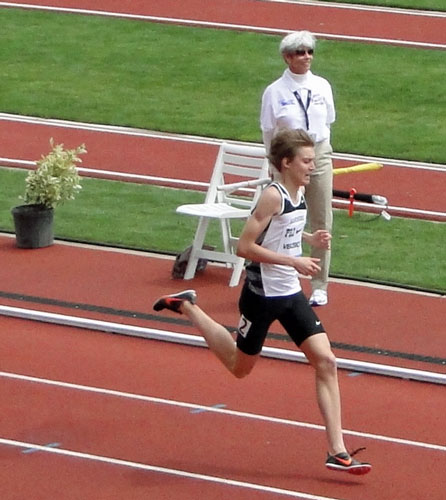 Verzbickas immigrated with his parents from Lithuania to Chicago in 2002 and has become a high school distance star. Anyone wanna guess where Verzbickas is going to college next year? 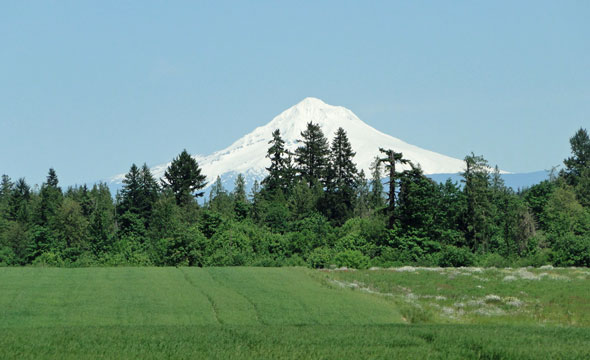 We drove back to Portland immediately following the races. The air is so clear! I snapped this photo from the car window while DT was driving 60-something down I-5, just south of Portland. Mt. Hood (11,249 feet) sits just west east of Portland, and we citizens are allowed to see her occasionally when weather conditions allow. Oregonians actually have a strange term for this appearance. We are known to ask each other: Was the mountain out today?

Until my next update, I remain, your GO PRE correspondent.

« The Pre-Pre How to Make a Decent Pizza »