Los Angeles, California: While Leo and Lucy were enjoying the Legoland theme park with Lenny's family (what a birthday weekend these two are having!), the rest of us were crafting and getting things ready and organized for 60 guest for a brunch-time birthday party. We made party favors for the guests, stuffed a piñata with treats, made informational signs, and readied a backdrop. Again, the bash was held at Lucy's pre-school... which was once Leo's pre-school. It is the perfect location for a kiddie party. A play ground. Miniature toilets. Miniature picnic tables. A bouncy house. Tons of refrigerators (where the kids store their lunches - this is LA, don't forget), all-in-all, a very convenient place to entertain kids for a few hours.

I wasn't in SoCal long, before this happened: 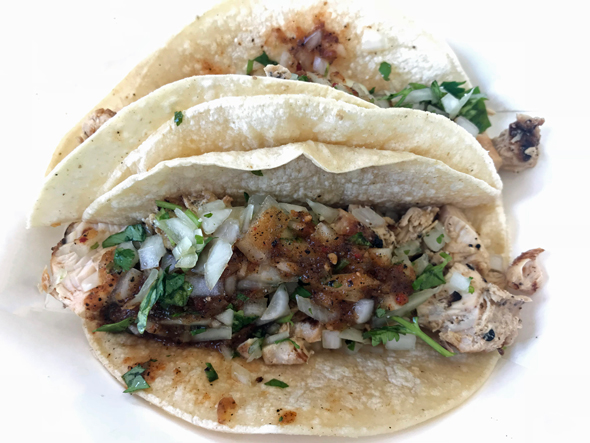 Dang. I miss me some Tacos Gonzalez. Not enough to drive two hours to 110° La Quinta though. These tacos were LA tacos.

The theme of Leo and Lucy's joint birthday party centered around The Descendants. This Disney franchise is a very clever spin-off featuring the children of evil Disney characters. But I think most of the children of evil parents are pretty up-standing citizens. I'm just a new-comer to this, but I think they all live/lived on an island and some of them can get off the island and some of them can't. More research is required, but probably not by me.

Since the party was from 10a-noon, Lisa ordered a platter of breakfast tacos from Homestate. We made a massive fruit salad with watermelon, strawberries and blueberries. Cupcakes, cookies - and two small smash cakes - were from a bakery. 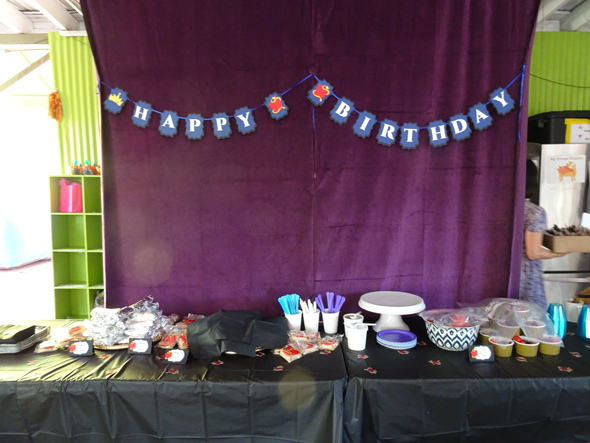 As he does every year, DT hung a back-drop and strung a HAPPY BIRTHDAY banner. What she didn't make, Lisa ordered on Etsy. 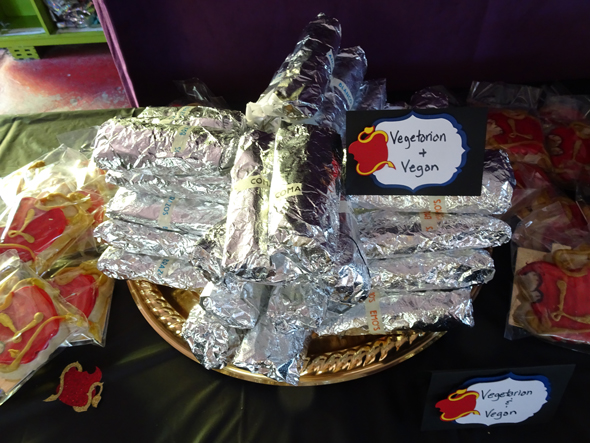 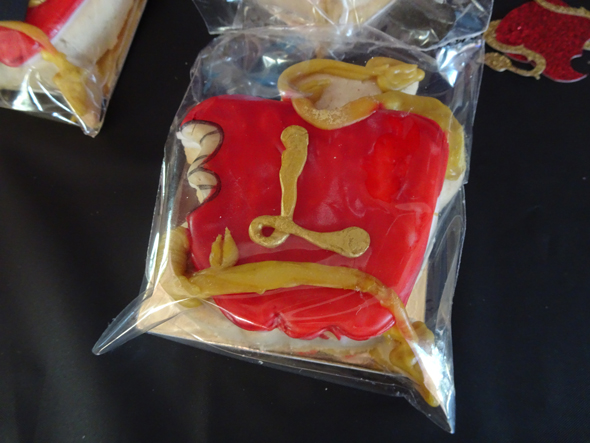 Lisa ordered cookies with the Descendant logo... except with "L" for Leo and Lucy 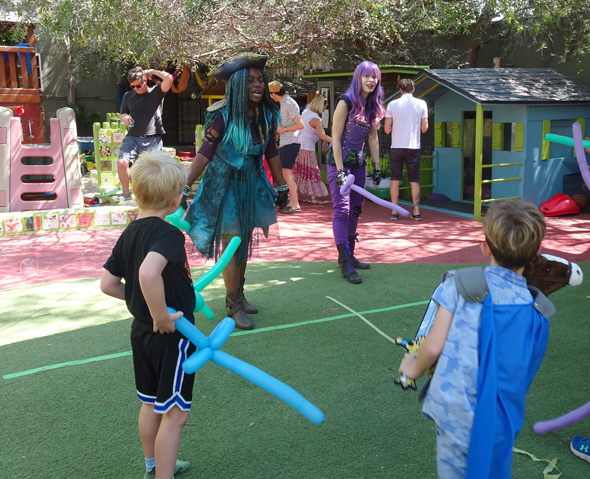 Magically, two characters from the movie showed up! The girl on the right (in turquoise) is Uma. Uma is the daughter of that hideous octopus in The Little Mermaid movie. The girl in purple is Mal, the daughter of Maleficent. Now you know. Leo called them "mascots" and they taught the kids amazing sword-fighting skills with balloon weapons. FUN! The kids were enchanted. 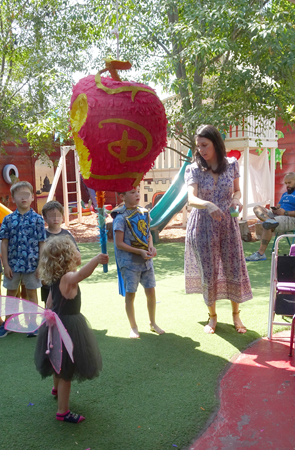 Then it was time for the piñata (or yata, as Lucy kept referring to the piñata. The piñata was shaped as a Descendant "Snow White" apple (with a bite taken out... hmmm... doesn't another company have that as their logo???). Lisa and Dave stuffed it with candy and toys. The kids whacked and whacked, but it was not breaking. Finally, an older kid knocked it off the string. Dave and Lenny tied the piñata back up, but in the end... Dave cracked the apple open and sprinkled the candy out on the playground and it was a mad feeding-frenzy. 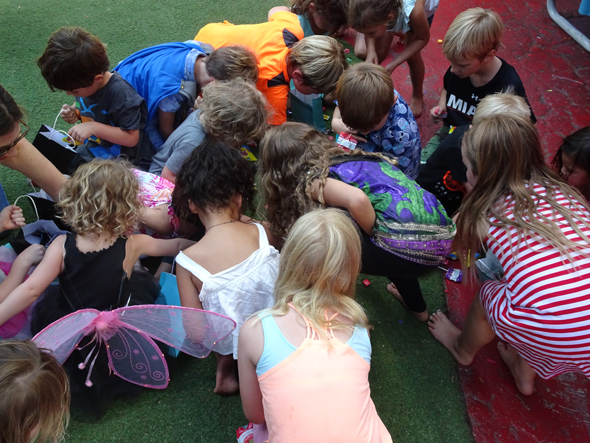 Then it was time for birthday cake and singing. 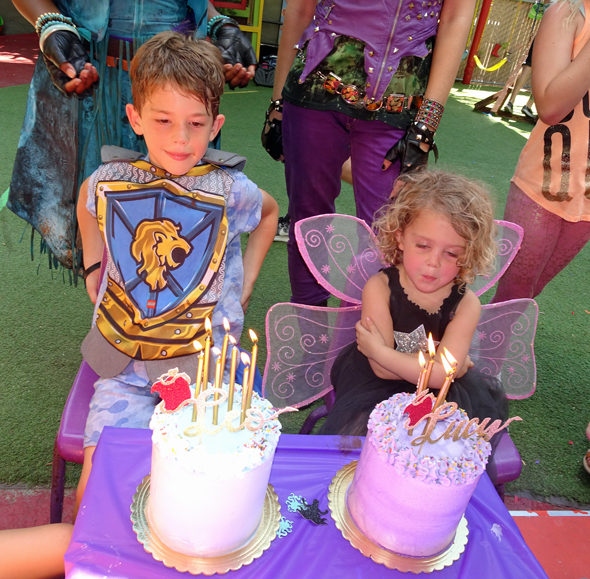 One of the cakes was cut for the adults - the kids had cupcakes - and one cake went home to Lisa's freezer. Everyone had such a good time, had so much delicious foods, were entertained by Uma and Mal, played with friends on the playground and in the bouncy castle!

This year, in lieu of gifts for themselves, Leo and Lucy asked that gifts be purchased for Children's Hospital of Los Angeles. I was so proud of our grandchildren (it's not like they are lacking in toys) that they would think of others on their special day, and they had so much fun, after the party, looking over the toys donated for the hospital. It was so fun for me to see all the gift bags delivered by party guests, knowing none of the packages were going to Lucy and Leo, but to the patients at Children's. 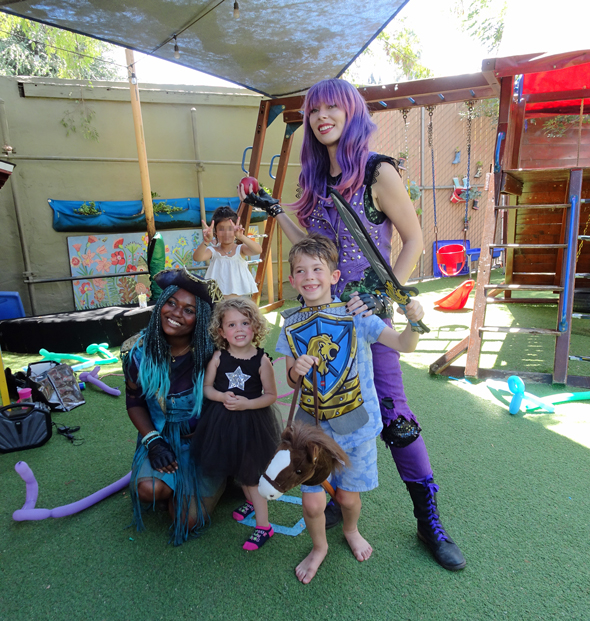 Oh My Goodness - it was so hot in Los Angeles today. We were all over-heated and over-tired by the time the party ended. 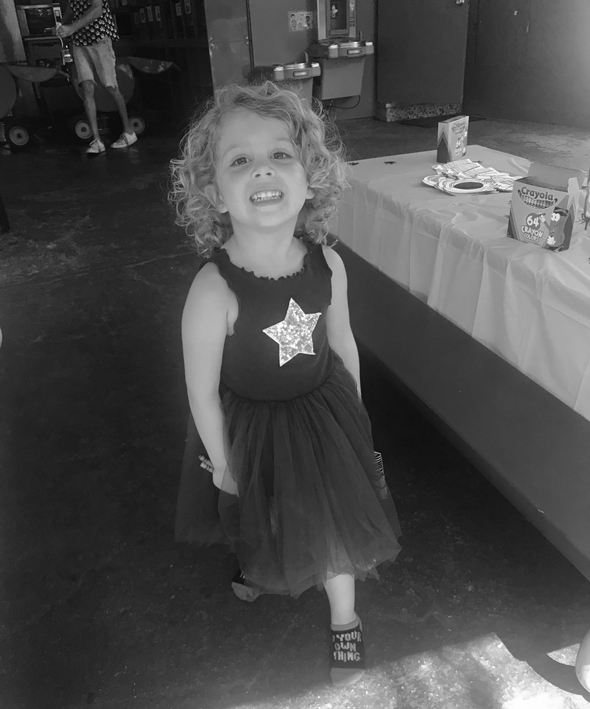 But, of course, there was an after-party with the family, both sets of grandparents and godparents - at a local brewpub. 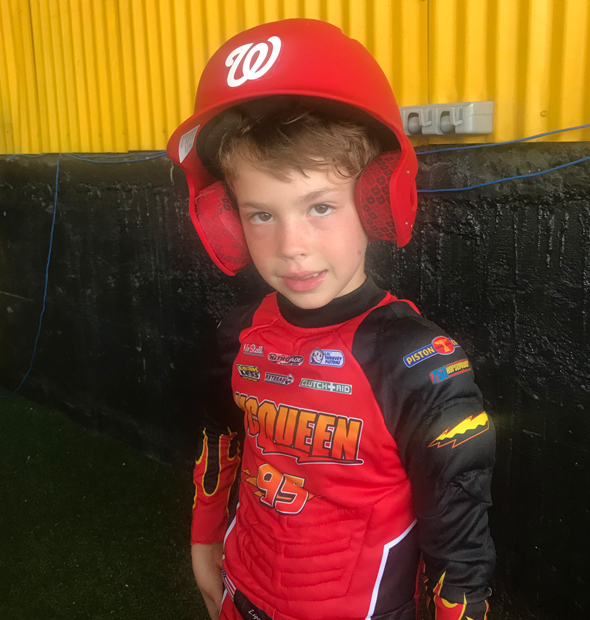 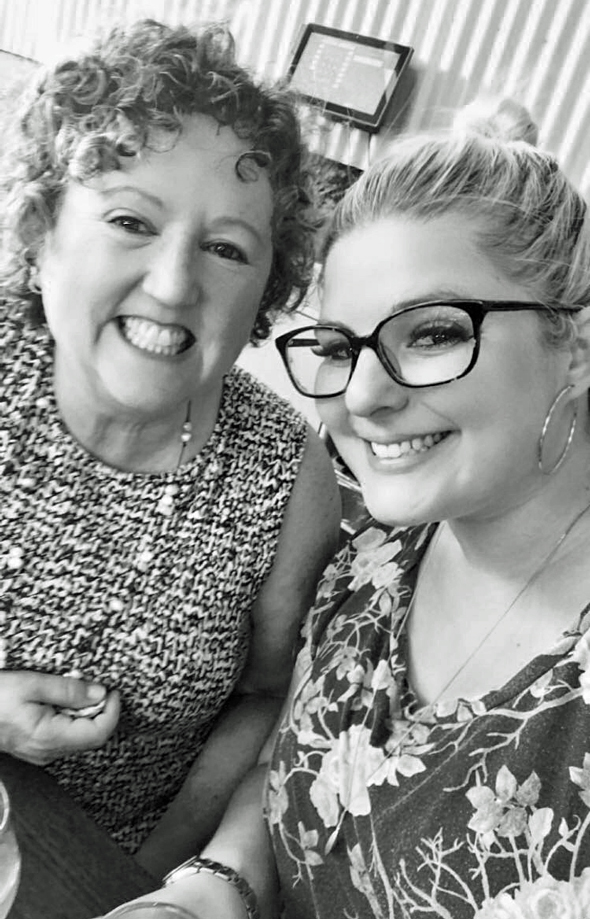 Until my next update, I remain, your "I have Descendants" correspondent.
« Back in Los Angeles Monday With Leo »