Indio, California: DT and I were up with the chickens this morning to watch ESPN GameDay live from the University of Oregon campus. Of course, it was raining in Eugene. Of course, that didn't stop the students and fans from arriving in the early darkness to cheer. 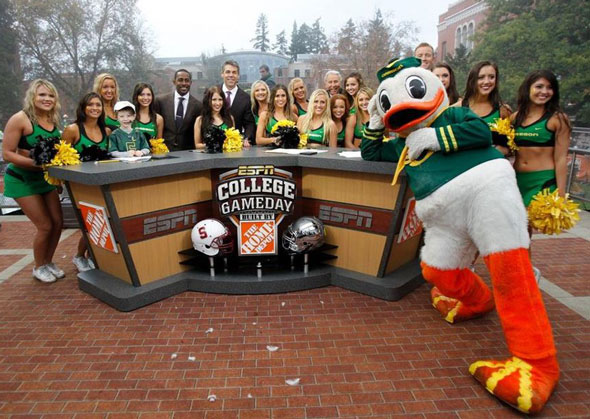 I can't believe how often ESPN GameDay has broadcast from the University of Oregon in the past several years.

But football wasn't the only sport on our radar today. The NCAA Cross Country Championship races were held this morning in Kentucky. The Women of Oregon won! Won! Won! Finished in first place!

Gee, maybe in 30 years or so they will be inducted into the Oregon Hall of Fame. (Just sayin'.) 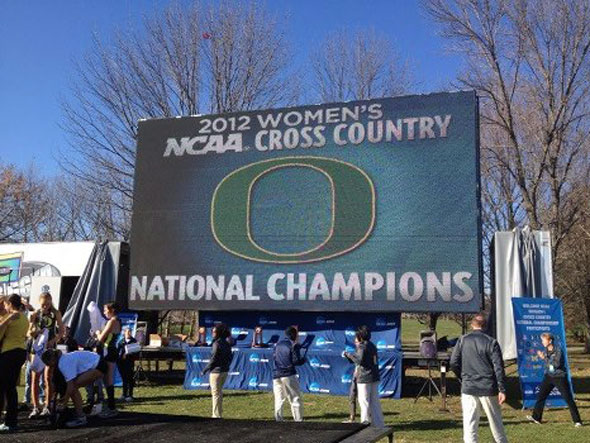 The Men of Oregon finished in 20th place, with Oklahoma State taking the men's national title. Congratulations to the Cowboys.

After all that excitement, we needed a little relaxation. 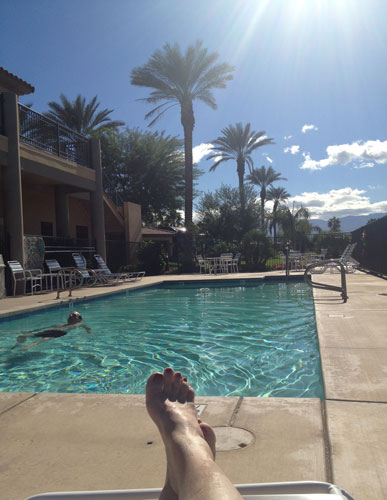 Not exactly the weather our friends are suffering through at Autzen Stadium today. 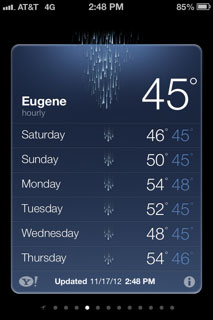 I spent a little time cooking today, preparing "heavy hors d'oeuvres" for our friends joining us at 5p for the Duck v Furds game, including Caramelized Onion Dip. I was going to save this recipe for the December RV Goddess newsletter, but think this one is too good not to share right away as I think it would be just yummy for pre-turkey football munching on Thanksgiving. (Learn more and sign-up for the RV Goddess monthly email newsletter.) 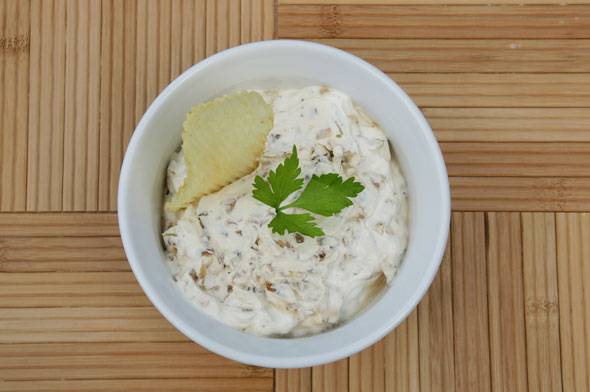 This recipe is nearly as good as Lenny's top-secret onion dip recipe except it requires 15-20 minutes of your time. NOTE: This dip will make you swoon. 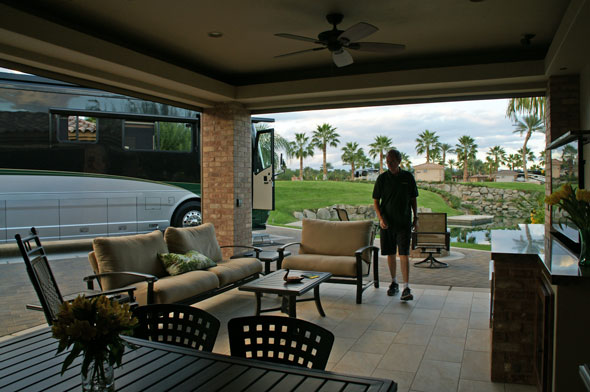 Tonight was the first time we had entertained more than one guest in our new casita. We set up the bar, filled the ice bucket and fired-up the new television. 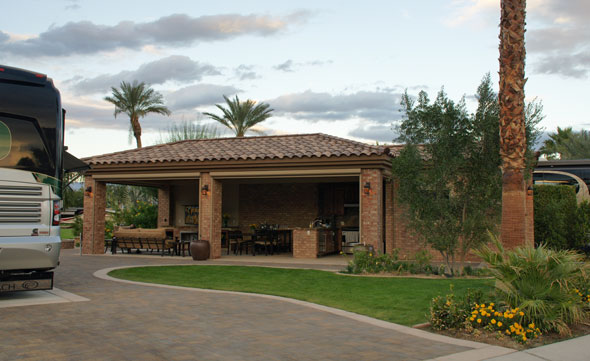 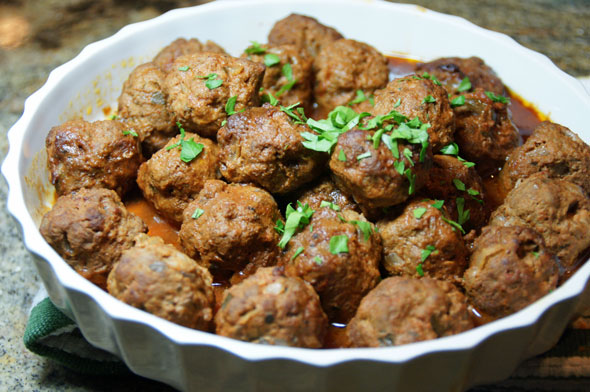 I made meatballs. This recipe is still a work-in-progress. I used bison meat for the Colorado game tailgate and tried the same recipe (with beef) in the crockpot tonight. When perfected, I will post my BBQ meatball recipe on this website. There are only so-many football weekends in a year for recipe testing... 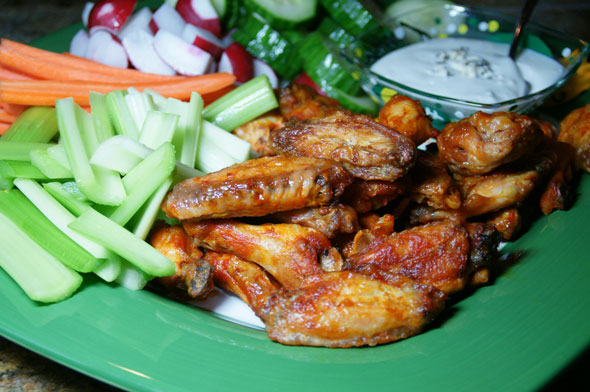 Can't help myself. Someone mentions "football" and I want to prepare Buffalo Wings. 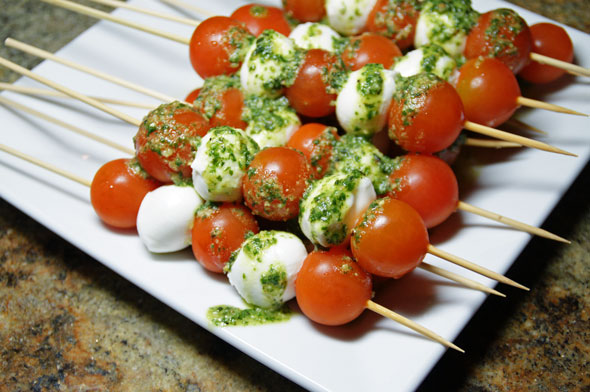 I had quite a bit of going-limp basil... so I made pesto... and used small mozzarella balls and cherry tomatoes to create the above "salad on a stick" dish.

No matter how many wonderful appetizers I prepared, the furds still managed to beat Our Ducks - in overtime - at Autzen Stadium. Not really sure how that happened, but it made for an abrupt and quiet ending to our tailgate party in Indio.

Until my next update, I remain, your "cancelling our Miami hotel reservations" correspondent.

« It Takes a Village Restaurant of the Week: Clementine »