It Takes a Village

Indio, California: Here is a photo, taken very early yesterday morning - with a pretty hot air balloon. Not a cloud in the sky. 80 degree temperatures. 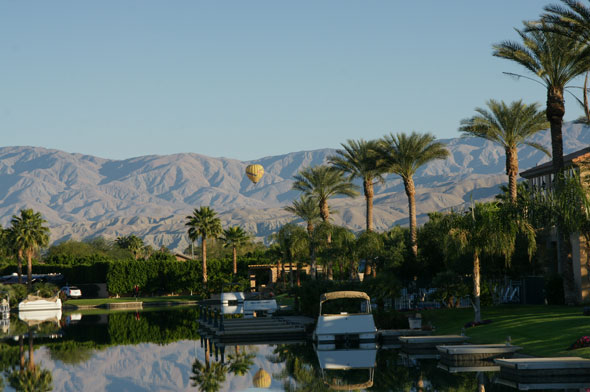 Here is a photo taken 24 hours later, early this morning: 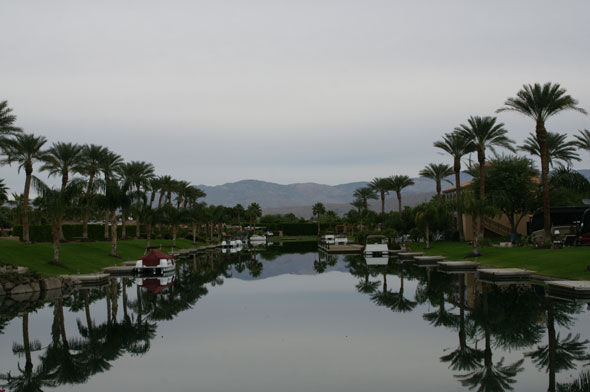 A bit dreary, but it was still supposed to climb to 80 degrees this afternoon. It did not.

We have been in Indio for eight days and finally have satellite television in the casita. Who knew it was going to be such an ordeal.

In order for the new TV in our shade pavilion to work through our DirecTV satellite system, we needed to get a receiver box from DirecTV. Last month while in Eugene, we had our tech, Brian Van De Walker, of Coach Solutions run the line from the satellite dish on our roof to an outlet in our service bay. During construction, we had our contractor, Arnold Castro, run a line from the power box to the casita entertainment center. We now only needed a receiver box. 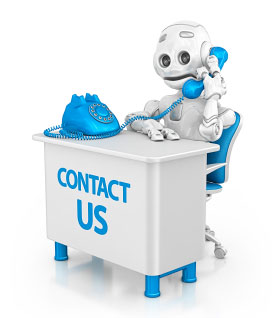 I phoned DirecTV last week and after talking to a robot-voice for a few minutes, was connected with a human and I began the ordering process. All was fine until it came to our shipping address, which was not the same as our billing address. The clerk claimed she was unable to change our shipping address and I would have to place the order on-line. No problem. I only wish I would have known this earlier - it would have saved me that awkward conversation with a robot. I logged-in to our DirecTV account and ordered a HD receiver. I changed our shipping address to Indio and pressed ORDER. I immediately received an email, confirming the purchase.

Several days passed and I was wondering when I would receive a "your order has shipped" email. Nothing. I went back to our on-line account with DirecTV and checked on my order. The status read "COMPLETED". So, I again called my robotic friend and she was able to connect me to a friendly fellow who kindly gave me the Fed-Ex tracking number. I wonder why they didn't send me a tracking number. (I sell a $20 RV log book and a a tracking number is automatically emailed to each customer when the order ships.) I was so excited to learn, via the FedEx website that our receiver was on the truck and out for delivery today... oops... to our home in Oregon.

Back to my robotic friend (she is coming over for dinner next week) who connected me to yet another DirecTV agent. The girl was able to call-back/cancel the FedEx delivery and place another order to me in Indio. For some reason this agent was able to change the shipping address. I asked her if she could over-night the receiver. She said they are not able to over-night packages. I asked her why and she said it is not an option in her software. I explained to her that I really wanted that receiver like NOW. She said they only ship one way and the receiver would be to me within five days. I told her it was 2012. (I sell a $20 RV log book and I can ship it overnight. From my RV.) Then the agent asked which of our two receivers we were replacing. I told her we were not replacing, but were ordering an additional receiver. She claimed she could not drop-ship a receiver that needs a new installation. I thought this strange as I was able to order one online last week. The agent explained that it is possible to order a new receiver on-line to be shipped, but not over the phone. 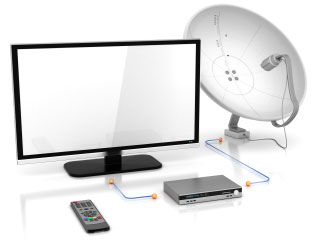 Is this any way to run a company? Give the client what they need? We have been customers since 1999 and pay a turd-load of money each month to DirecTV (we get every station) and we only use it about half of the year. Then genius struck my little brain for one second. (That's about all genius ever gives me.) I asked if I could get a receiver professionally installed right away (i.e. before the Ducks play Stanford Saturday) and she set up an appointment for us this morning.

A DirecTV installer showed up this morning, on time. He hooked everything up, but could not get a signal from our roof-top dish. Hmmm. I called our tech, Brian (who luckily had just arrived in Indio). Brian came over and he could not get the signal from the dish either. Finally, I phoned our contractor and he sent over the fabulous Reuben - the man who wired this entire site from the ground-up. Reuben came over immediately and in three seconds knew what was wrong, reconfigured something, had a piece of cake and left. We now have high definition TV in the casita. It took eight days, three guys and me, but we have TV!

After all that... did we watch television this afternoon? 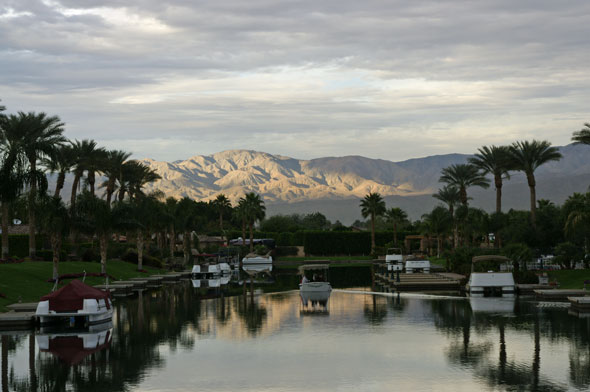 No. We simply enjoyed our lovely view.

Until my next update, I remain, your wired correspondent.