When we lived in Taipei, Lisa loved to visit the teeny Tea House in the basement of the Grand Hotel. Lisa was four years old and felt comfortable here as the Grand Hotel was our home for about a month when we first moved to Taiwan. 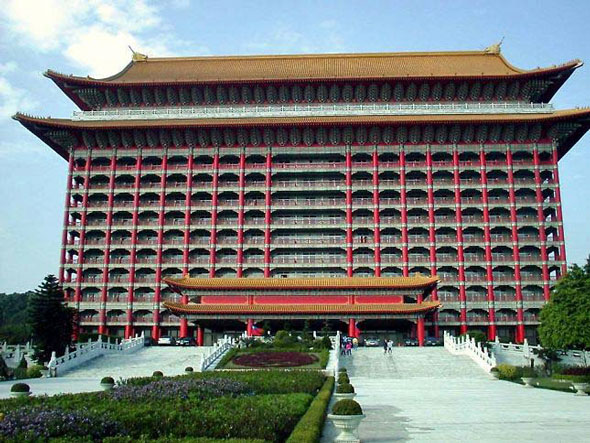 The Grand Hotel in Taipei, Taiwan

Though massive and imposing, in 1986 the Grand Hotel was a bit dark, a bit damp and had few guests. It was like staying at the hotel from the movie, The Shining, without all the bloody parts. Aiding in the eerie atmosphere was the persistent rumor that the ageing widow of Chiang Kai-Shek lived amongst the upper floors of the Grand Hotel - as a recluse. It was a bit creepy for me, but my little girl just loved running up and down the empty dark halls. Every housekeeper, bellman and doorman gave her candy and patted her curly-mopped head. Lisa was a Princess in her Giant Red Castle. 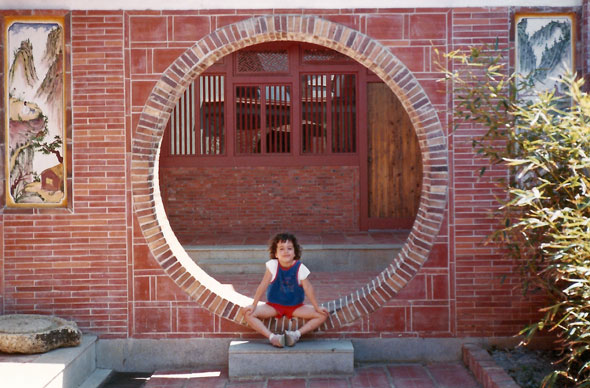 ASIDE: Years later, I had to speak in front of Madam Chiang at an International Women's Club luncheon. Nervous and sweaty-palmed, I thought I was going to electrocute myself when I touched the microphone on the podium. Madam Chiang paid no attention to anything I said, but continued a hushed conversation with her companion. 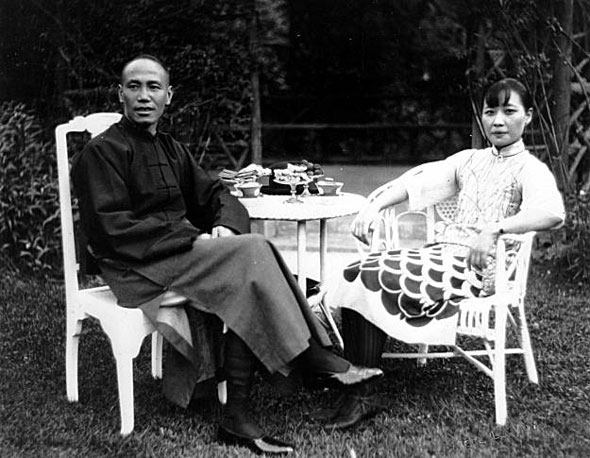 Anyway... I have made a a short story long... again... the little tea house in the basement of the Grand Hotel served the yummiest chicken noodle soup. I still love to make this easy meal and tonight will share the recipe with you, Lucky Reader! 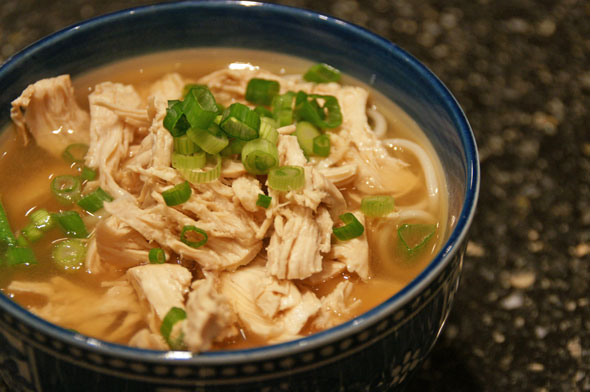 My version is (I assume) much easier than the delicious Chicken and Noodle Soup served at the Tea House in the basement of the Grand Hotel in Taipei during the 1980's. The broth is very light and scented with rich sesame oil. Use a low-salt or salt-free stock as soy sauce is quite salty.

Heat the stock in a medium sauce pan with the chicken breast. Poach the chicken, covered, for ten to fifteen minutes, or until just cooked through. Remove stock from heat. Place the cooked chicken breast on a plate and, using two forks, shred the meat. Cover with foil to keep warm.

Meanwhile, cook the noodles according to package directions.

Add the soy sauce, dry sherry and sesame oil to the chicken stock. Stir to combine. Heat stock to simmer. 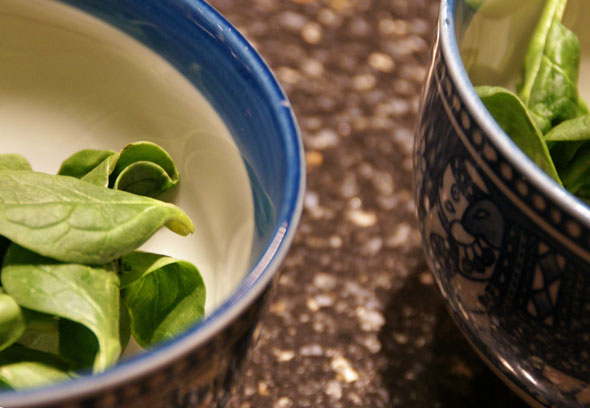 Divide the drained noodles between the two soup bowls: 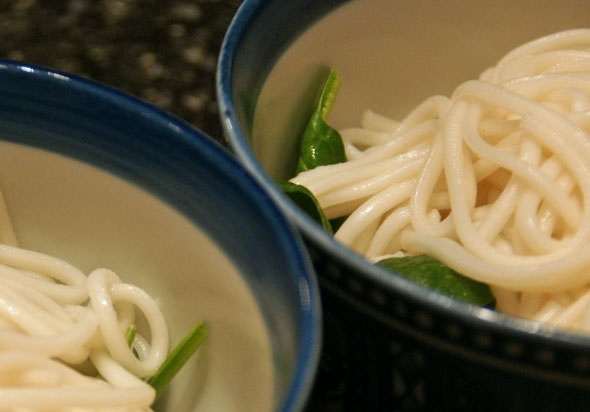 Divide the shredded chicken between the two soup bowls: 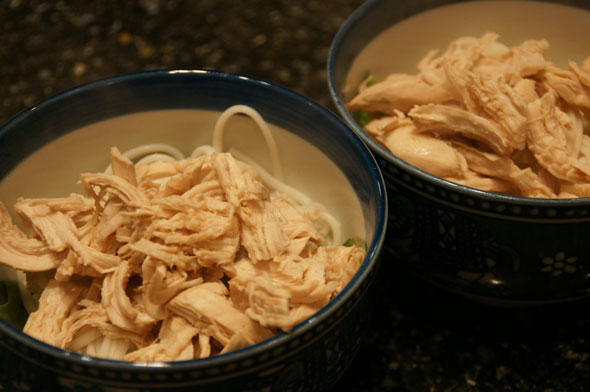 Finally, ladle the hot broth over the spinach, noodles and chicken. Garnish with sliced green onion. Serve sesame oil at the table for additional drizzling, if desired: 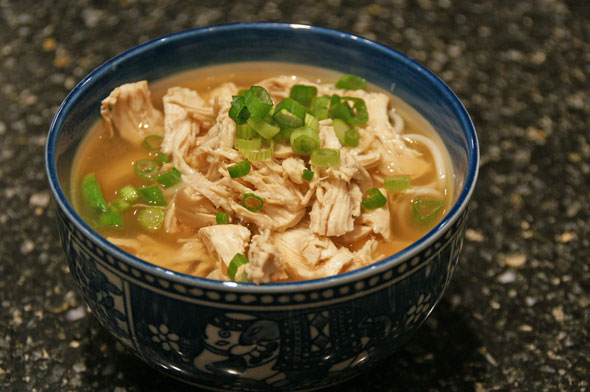 The hot broth will cook the spinach leaves and the entire dish comes together to a fragrant bowl of happiness!

Until my next update, I remain, your Mei Gwo ren correspondent.
« Carla Gloria and her sisters »