Gloria and her sisters

Another morning spent with my trusty scanner, which means another trip down Memory Lane for you, Dear Reader.

Mom was 9th of ten children. Four boys and six girls (one girl died at birth). Sadly, today only one brother and two sisters remain - but the family was quite prolific and I have nearly three zillion cousins. Here is a photo of my Grandma with her brood, taken in Salem, Oregon, circa 1960. 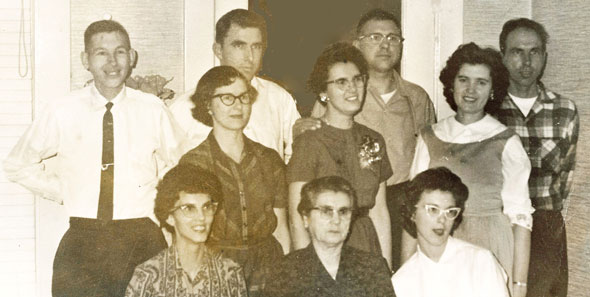 Grandpa died when my Mom was just a little girl, leaving my Grandma with a heavy burden. Most of the boys were old enough to help... but then they all went off to war. My Grandma found a job as a cook at a college dormitory. All the boys came home from Europe - and George brought back a wife from France! None of the siblings ever divorced. 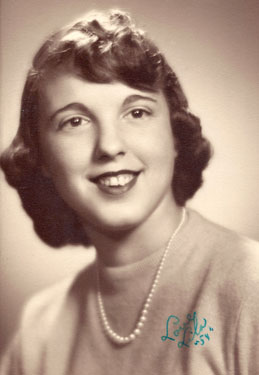 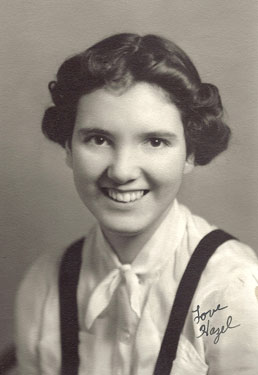 When my parents were married (February of 1954), Mom had a unlimited supply of bridesmaids. 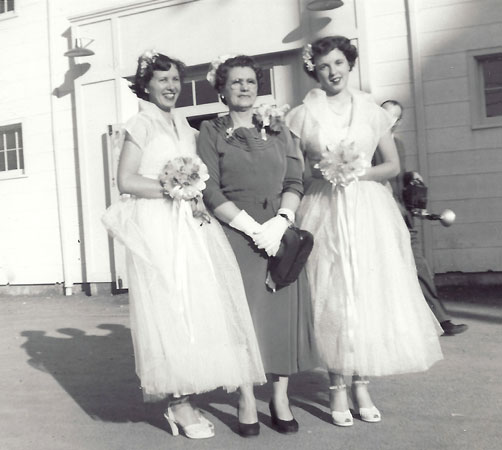 Sisters Doreen & Lila... and my Dad's only sister, Nova Ann

Sisters galore... but I suspect it was her brothers who had a hand in this: 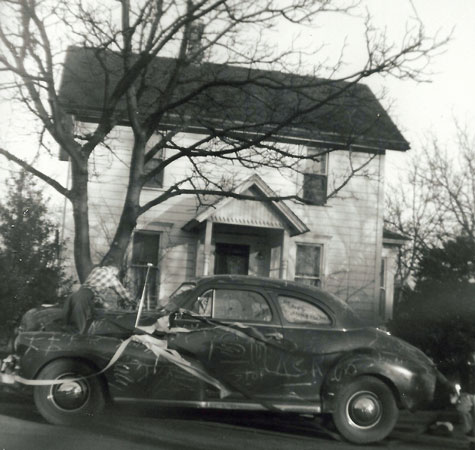 Until my next update, I remain, your sisterly correspondent.
« Tea House Chicken Soup Lunar New Year »