In the midst of the inevitable sadness and heartbreak following the death of our Mother, there has been a bright moment for our family this week. Our niece landed a role in a movie! 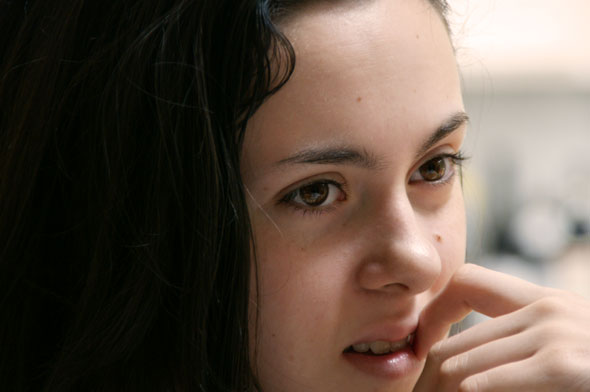 A freshman in high school, Carla is playing the part of "Rose" in a period-piece being filmed in Oregon over the next several weeks. Carla gets to dress-up in fancy costumes - and Carla gets to spend a lot of time in make up. 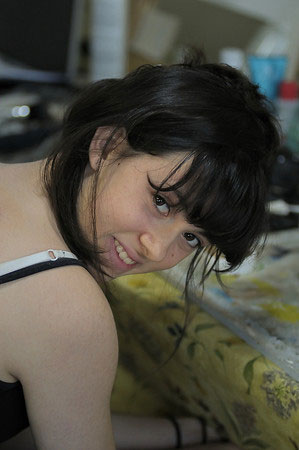 No. Not on her face.

The makeup artist does his magic on her back.

"Rose" has been whipped. 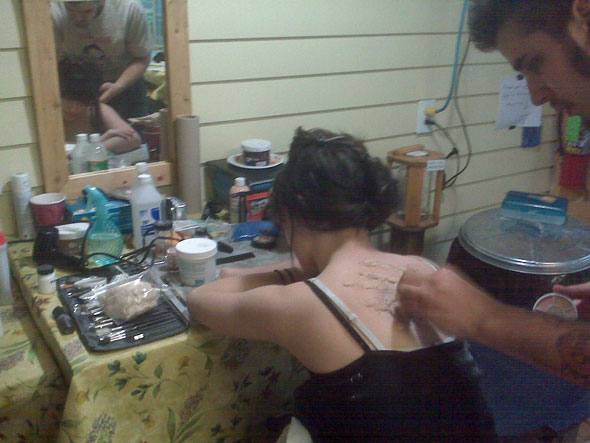 Only a glimpse of the wounds and scars will be shown for a second on the film... but it took hours to apply the graphic details of abuse. 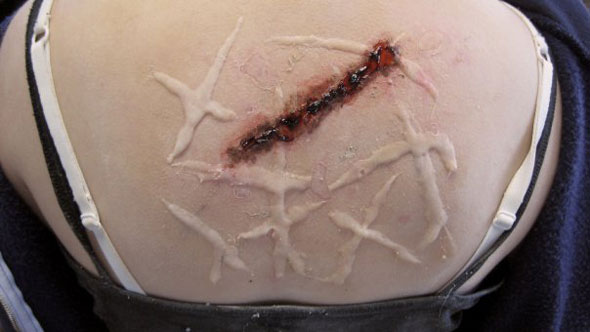 Gee. I hope you had your coffee this morning before looking at my beautiful niece. 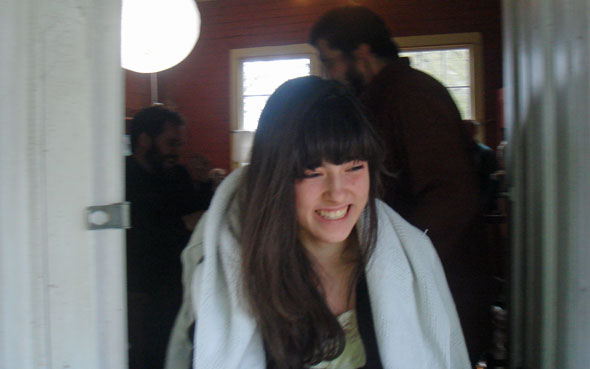 Here she is, leaving make-up... heading over to get into her costume... then hair... and makeup on her lovely face. 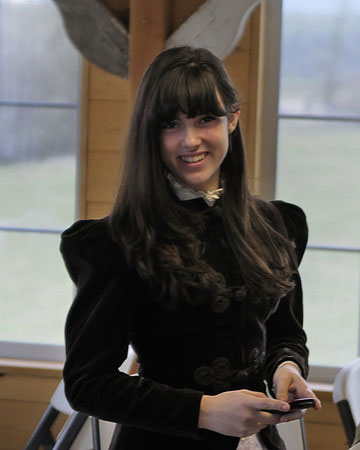 Do you think Victorian-period girls had Blackberries? 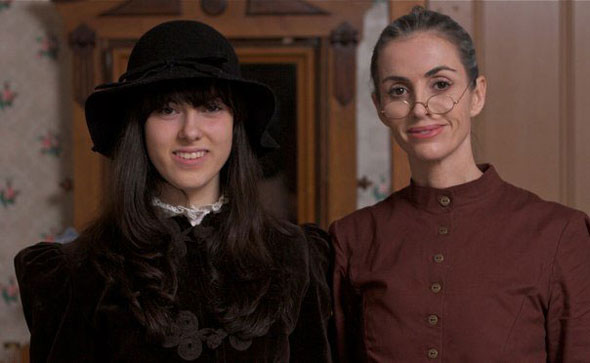 Until my next update, I remain, your "watch out Angelina" correspondent.