Take Me Out to the Ball Game

Phoenix, Arizona: The entire city of Phoenix seemed ready to entertain every basketball fan in town for the Final Four. Without a Final Four contest today, it was possible to visit the Grand Canyon or many of the other natural wonders of the state with tours arranged through travel companies. The Arizona Diamondback baseball team hosted the San Francisco Giants in the season opener. The Phoenix Suns were battling the Houston Rockets in the basketball arena. (The baseball park and basketball arena are only a few blocks from our hotel.) The NCAA Fan Fest was still in full swing, not to mention free concerts in the park at the March Madness Music Festival, with a wholebuncha singers I have never heard of... except Keith Urban and Aerosmith. I have heard of both of these singers/bands, but have no idea about their music... but I do know Urban is married to Nicole Kidman, so shouldn't I get a few bonus points? (Truth be told, I also know about Capitol Cities because because Lisa went to high school with one of the band members. Double bonus points?)

We chose the baseball game at Chase Field. Steve arranged for fabulous seats up from home plate! 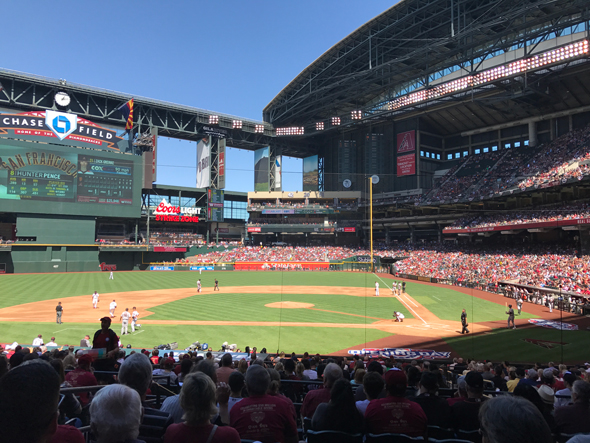 I know! I am completely surrounded by people who arrange amazing seats at sporting events. Since it was opening day, fans were treated to a fly-over and quite a bit of fireworks (during daylight?). The weather was a perfect 82 degrees. The "roof" was open. It was a sell-out. Our seats were in the shade. We were surrounded by so many Duck fans or maybe just friendly people who were sympathetic to our loss yesterday. 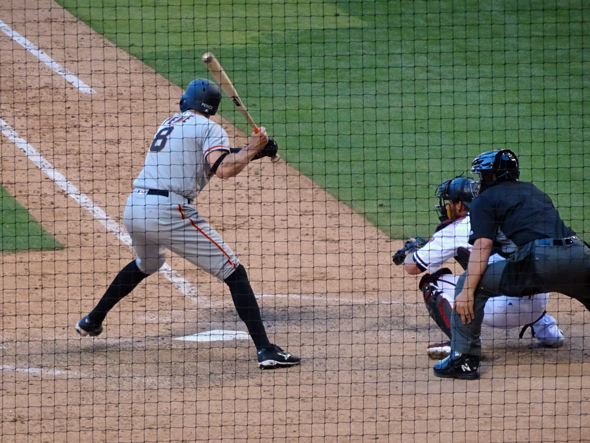 As you may recall, Dave's dad was a Giants fan, and Dave grew up supporting the team. He follows the team to this day and has turned me into a fan as well.

We thought the Giants had the game won. Famed pitcher, Madison Bumgarner, hit two zinger home runs. The balls were like shot out of a canon. Bumgarner hit three home runs all of last season and has already hit two this year on opening day? It was magical. Until it wasn't... and the Giants collapsed... and the D-Backs won by one run.

It's always one lousy point.

As Woody says, baseball is a game of stats. Today Bumgarner became the first pitcher to hit two home runs on opening day.

It was a fantastic afternoon, spent with our great friends in perfect weather enjoying the great game of baseball. Thank you, Steve, for organizing this fun field trip.

We tried to find a place for a cold drink after the game, but every bar/restaurant was jammed packed. NCAA, MLB and NBA all within a few blocks of each other was maybe more than the city can handle? 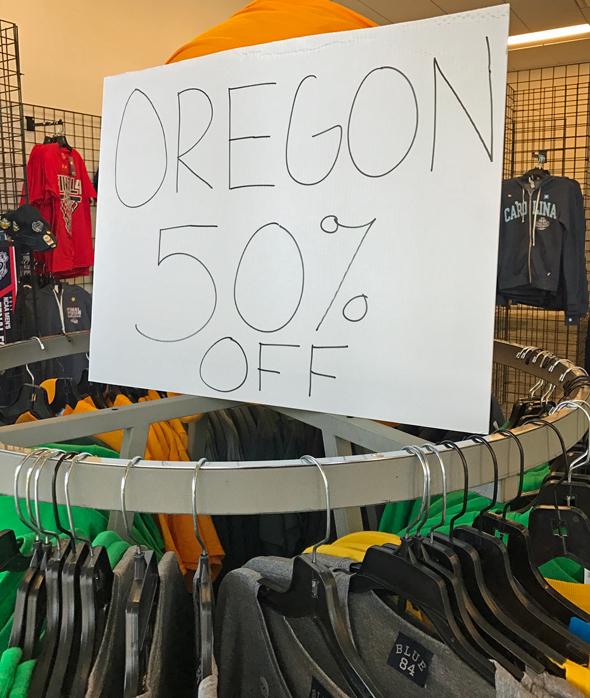 We all rallied for a dinner to celebrate Kathy's birthday at Cibo. Pizza. Pastas. Wine. Salads. Everything we tried was so delicious and our server was very helpful and friendly. Cibo is set in a 1913 bungalow on a large corner lot in the historical district of Phoenix.

Another fun-filled day with our friends as we continue to relish in the NCAA March Madness weekend. With our loss last night, we could relish in March Sadness, but we will not. We will attend the Final Four game tomorrow and we will cheer for Gonzaga. The Gonzaga coach, Mark Few, is a Duck alum.

Until my next update, I remain, your correspondent.
« No Foolin’ – Ducks Lose North Carolina Wins »