Phoenix, Arizona: Dave and I started our day late. Our friends went out touring on an adventure that required too much walking for My Driver. We walked only two blocks from our hotel for a lovely meal at the Breakfast Club. 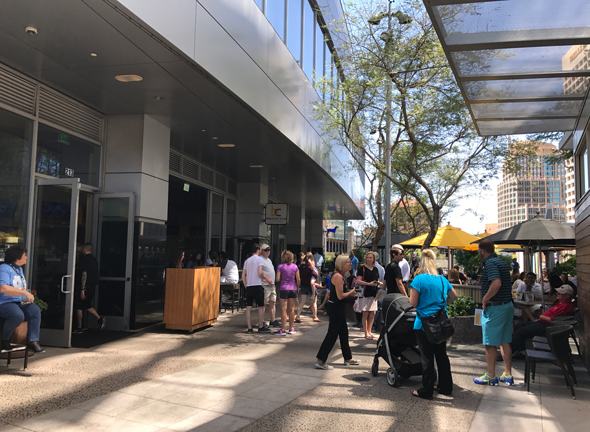 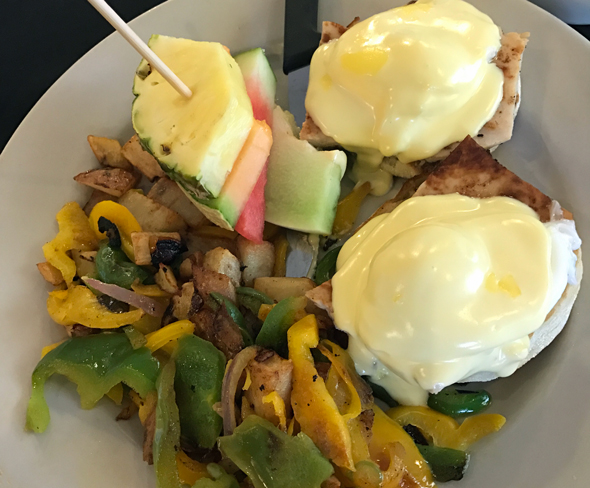 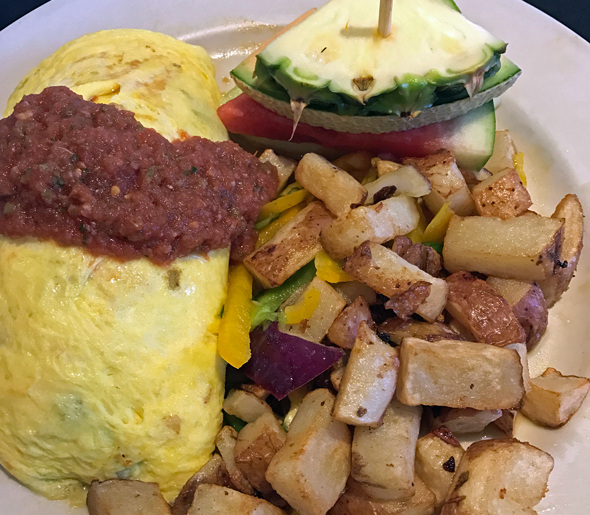 This non-egg-lover ordered the green chile omelet with chicken cooked in green chile... and a side of fried potatoes. Please note healthy skewer of fruit!

We really enjoyed our meals and the friendly servers at Breakfast Club. The staff were having so much fun with the Final Four customers.

Though the Ducks were no longer in the tournament, our hotel package included a bus ride over to the stadium, plus the return. The staff at Anthony Travel (I think all they do are college sports packages?) were on-task. The buses left our hotel on time, arrived to the stadium quickly and Anthony Travel staff steered us back to the correct bus after the game (no small feat with thousands of people looking for hundreds of buses). Very impressed.

Also impressive were the thousands of Ducks who did not go home after our loss on Saturday. It was very tempting to sell our tickets. Scalping is such a huge business during this tournament, the hotel placed security inside the hotel to keep the creeps out of the lobby and bar. It didn't always work either. We were pounced by scalpers in the arena immediately after the Ducks lost Saturday night. They stood in the stands - with stacks of $100 bills in their hands - to coax a ticket to the final game from the losing teams as we left our seats. Like vultures. We held on to our precious ticket, but many Ducks did not and we learned people purchasing tickets to the final game (mostly via Stubhub) paid $1000 to sit in the seats around us. (We paid $345 for the three-game package.) 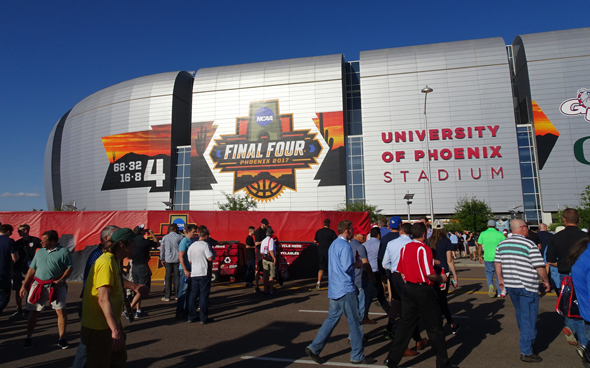 We flocked to 1) attend the Final Four game (what an opportunity!) and 2) cheer for the Gonzaga Bulldogs. The Bulldogs are a very popular team in the Northwest and their coach is a Duck alum. 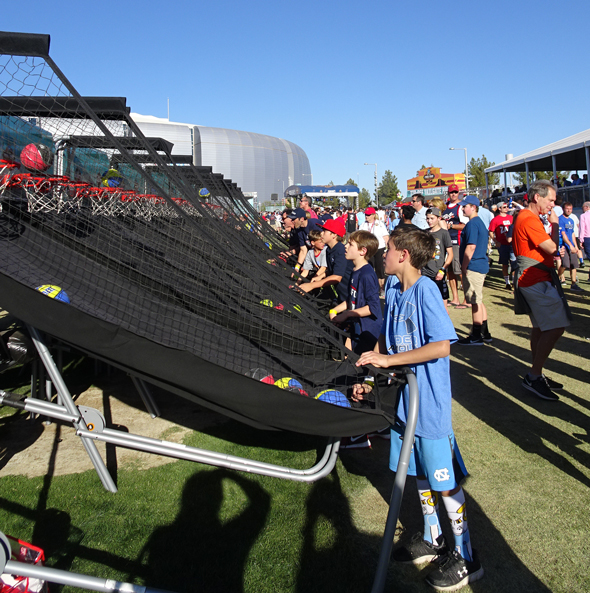 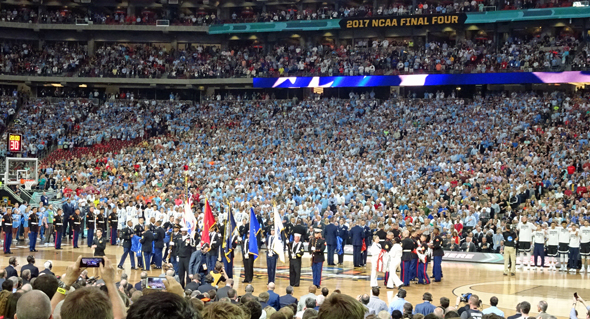 The US college basketball championship game warranted the Marines, Air Force, Army and Navy to show the color guard. (What? The Coast Guard is not needed in the desert?) The retired officer singing Our National Anthem was spectacular! Such range. Impressive. (Was the anthem shown on television? Hope so. One of the best national anthems we have heard in a while.) 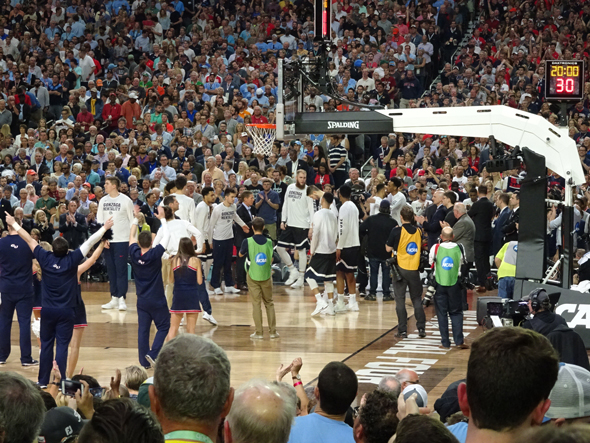 The game was not one of the best we have seen in a while. Points were traded back-and-forth and the score was tight throughout, but the officiating was very disruptive, inconsistent, confusing and sometimes just bad. The long breaks for television commercials were also disruptive.

Oh, how we cheered for Gonzaga!

What a fantastic weekend. Even with the Oregon Ducks failing to advance, we just had so much fun in Phoenix. Three basketball games, one baseball game, great food, too many cocktails, and so much time spent with our friends from home.

One more thing scratched-off our Bucket List - to attend the national college championship basketball game. Been there. Done that. Did not Buy the T-Shirt.