Indio, California:  Not much to report today. Our Adorable Little Grand Dawg woke me at 6:15 for his morning constitutional. Uggh. So not fair. 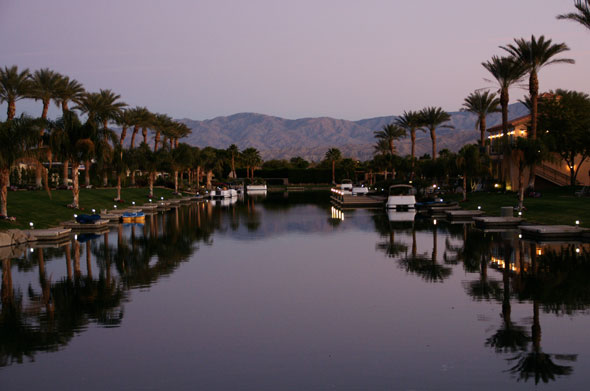 At least it is pretty around here early in the morning.

I ran a few miles, then took Reese for a half-miler. He did very well! Dave's high school friend, Mark (who lives nearby), came by to get Dave and they took-off for a five miler in the desert. Exercised, we gathered in the sun next to the RV after our runs and chatted for over an hour. A great way to spend the morning.

We are heading back to Los Angeles for the New Year celebration and, of course, the Rose Bowl and I am doing a lot of cooking for the kids this week - so DT took me out shopping for various foods.

But first - Taqueria Guerrero for lunch. I needed a fix. 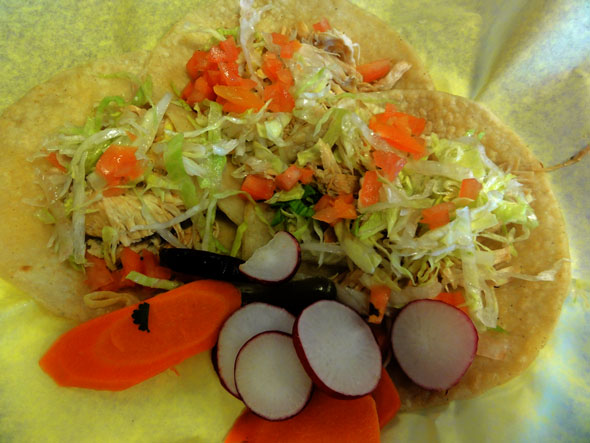 Though the price has climbed to a staggering $1.29 per taco, I went ahead and ordered three chicken tacos. So delicious. Loaded with shredded white chicken and topped with tomatoes and lettuce. No cheese. Real tacos. I am not sure why I ordered three. Two is enough.

For the first time, DT ordered something other than tacos! He asked for a chicken burrito and a chicken taco. The burrito was nothing more than a gigantic chicken taco - rolled up. 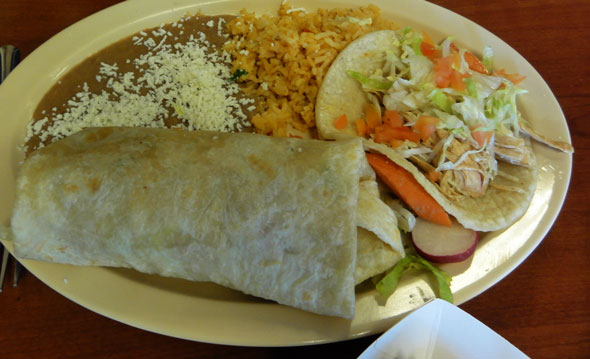 Nothing inside the burrito except a ton of chicken, tomatoes and lettuce. His combo meal was $6.99. We love Taqueria Guerrero! (NOTE: The Albertson's grocery store in the strip mall has closed.) All the cooking I have been doing over the past few days (I made the lamb soup this afternoon)... and all the cooking I plan to do over the next few days, I decided to make a simple vegetarian dinner tonight - risotto: 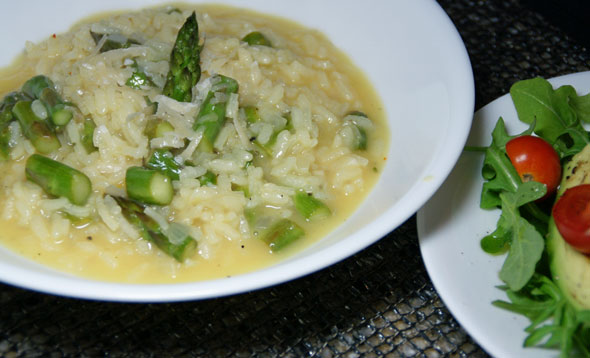 I used the left-over roasted asparagus spears from last night and added saffron, white wine, lemon juice and lemon zest - then finished the risotto with a little grated parmesan. A very delicious and filling meal.

Now I am going to gossip tell you about a conversation we overheard at the supermarket today. (Just after we saw a guy wearing white manpris. I do not mind manpris. I've traveled around the world enough to be open-minded. I just mind white manpris. With a massive silver belt buckle.) Anyway... a college-aged girl was talking to someone on her mobile phone in the produce department:

Girl: Last night Mommy and I went to a restaurant to eat dinner.
Girl: We ate dinner.
Girl: Mommy wants us to fly to Italy Wednesday for New Years. 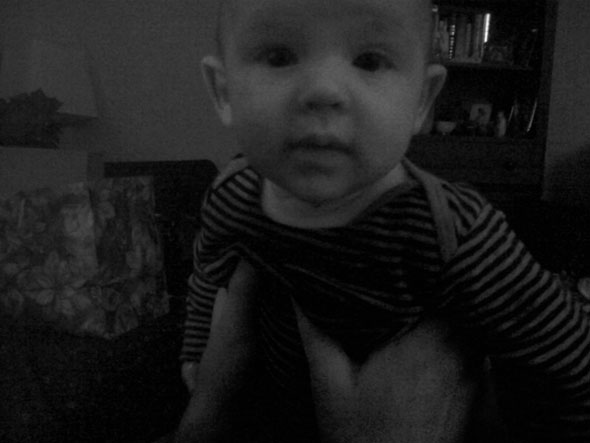 Looky who is having a fun time at Lenny's Grandma's house - the Cutest Baby Ever!

Until my next update, I remain, your stylish correspondent.

« On the 6th Night of Hanukkah… Latkes, a Christmas Miracle & Rose Bowl Uniforms »